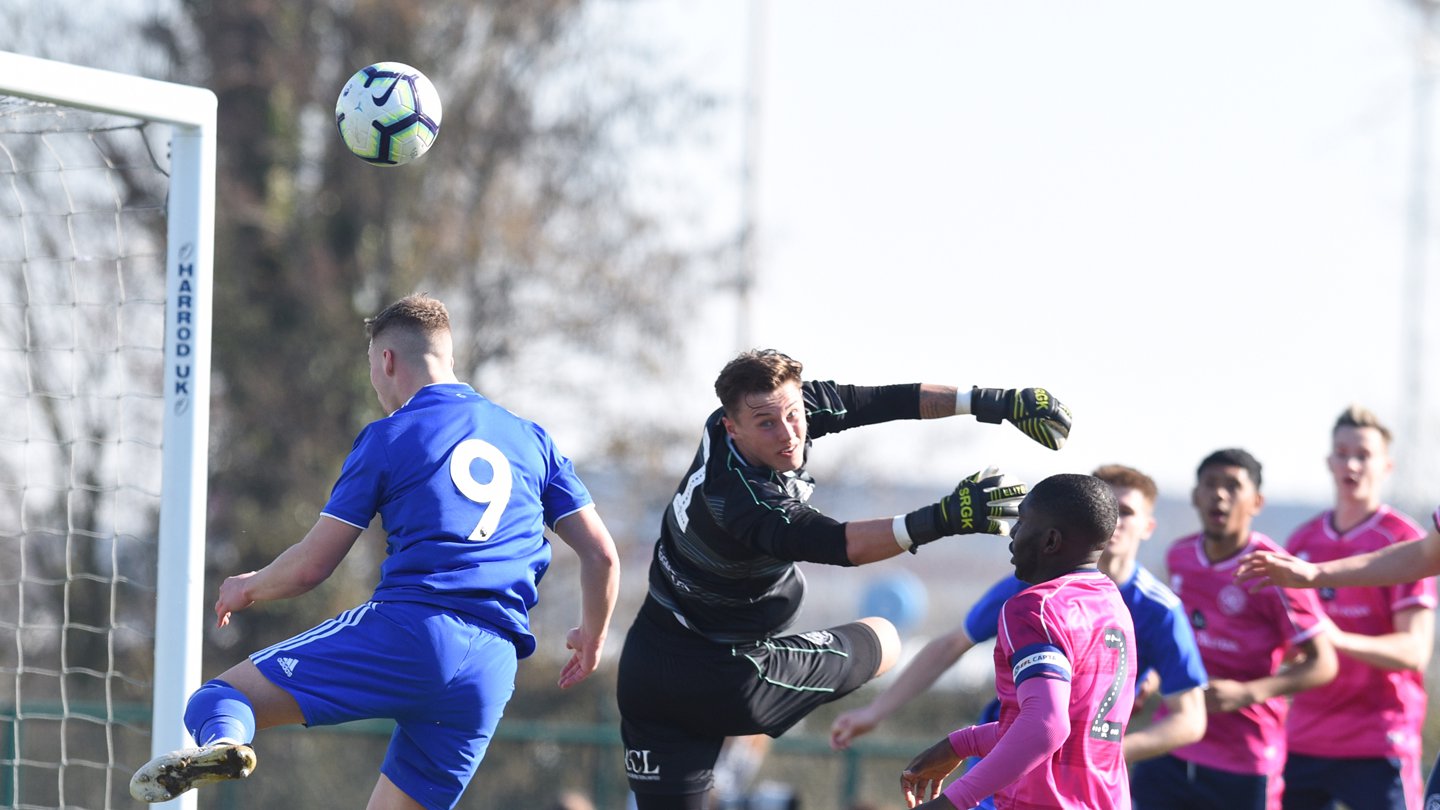 Under-23 match action: Cardiff City's Dan Griffiths (9) goes close. Griffiths has scored 27 goals for the Bluebirds' under-18 team this season.

Cardiff City have won a championship. The young Bluebirds lifted the Professional Development League Under-18 Southern title, having led the table for most of this season.

They have qualified for the play-offs and will face Leeds United at home in the semi-finals. That one-off tie is to be played at Cardiff City Stadium this Saturday (11am).

Sheffield Wednesday finished top off the Northern table after drawing 1-1 against Sheffield United, moving level with Leeds and winning the title on goal difference.

Leeds travel to Cardiff City, while Ipswich Town are away against Sheffield Wednesday in the last four.

Bluebirds chief executive Ken Choo, said: “This is a fantastic achievement for our club and Academy. I am really proud of our young players and congratulate them wholeheartedly.

“I’d also like to praise the Academy staff and coaches who have worked tirelessly with this talented group of youngsters to help them achieve their potential.

“I wish everybody the best of luck for the play-offs and look forward to watching this group’s continued development in the coming years.”

James McCarthy, Cardiff’s Academy Manager, said: “The success of our under-18 side is a fantastic achievement for all the players and staff involved. It is important to also mention the under-16 players who have played in a number of games in the higher age group since Christmas.

“It is fitting that this group of players has been able to win the league for the first time.

“They have performed with great quality and consistency all season and hopefully will take that form into the play-offs against Leeds United.”

The young Bluebirds went into their last league game of the season against Burnley, knowing that realistically, only a win would be enough to keep their hopes of winning the PDL2 South alive.

Instead of being affected by the pressure, City produced a sublime performance at University of South Wales Sports Park and won 5-1.

Despite going behind to an early goal from Burnley’s Mitch George, goals from Sam Bowen, Connor Davies and Kieron Evans meant that the hosts went into the break with a 3-1 lead.

Under-18 top goalscorer Dan Griffiths fired his 27th of the season to make it four before an own goal 19 minutes from time ensured the Bluebirds moved up to first in the table.

Ipswich were unable to win either of their final two fixtures and Cardiff City were crowned champions of the PDL South having been league leaders for the majority of the campaign following a number of outstanding performances.