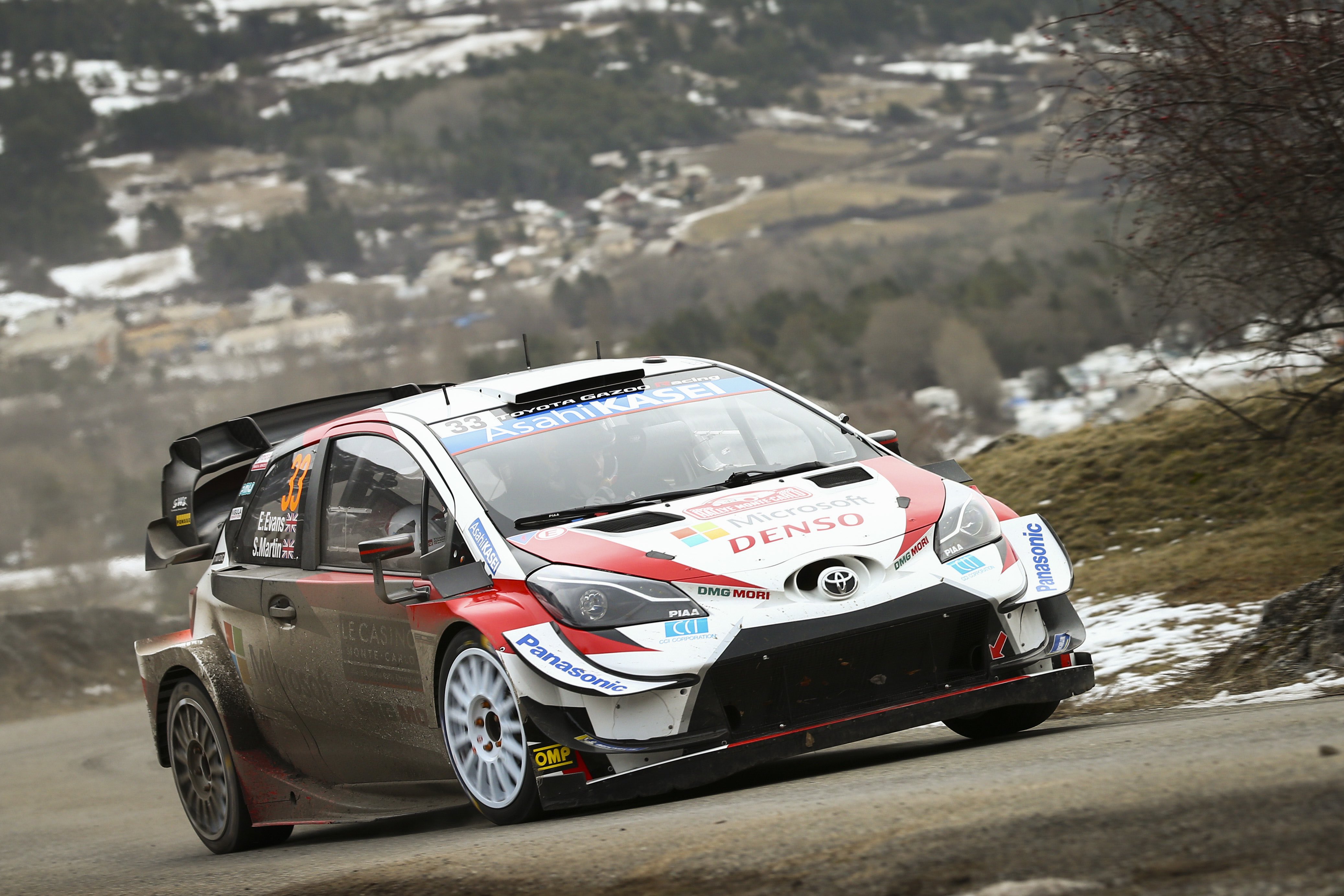 Elfyn Evans led the Monte Carlo Rally for most of yesterday, and starts today’s stages in second place.

Elfyn Evans starts today’s leg of the Monte Carlo Rally in second position, having led for most of yesterday after a fantastic performance in his Toyota Yaris.

The longest day of the event consisted of two loops of three stages and featured a range of weather conditions, including ice, snow, rain and mud as well as sections of dry asphalt.

Starting the day fourth overall following Thursday night’s opening tests, Evans was fastest on all three of the morning’s stages as he moved into the lead of the rally.

Co-driven by Scott Martin, Evans set a second and two third fastest times when the stages were repeated yesterday afternoon, although on the final stage he lost the lead to team-mate Sébastien Ogier, albeit by just 1.2 seconds.

Whilst Evans had been inch perfect, defending world champions Ott Tänak/Martin Järveoja illustrated in terrifying fashion what can happen if you stray an inch off line, as they crashed their Hyundai i20 WRC at high speed. Both crew members were okay, although such was the huge impact that they were kept in hospital overnight for observation.

There is still an awful long away to go, with four long stages today and four more on Sunday, yet Evans remains very much in contention to win his first Monte Carlo Rally.

“It was a really good morning for sure,” said Evans. “The conditions were not so easy and the grip was quite changeable, but the Yaris gave me good confidence, so I was able to relax and enjoy driving the car. The afternoon was not quite so good – the conditions in the last stage were deteriorating with every car that passed and we were probably a bit too brave on the tyre choice. But overall it’s been a good day and hopefully it will be more of the same tomorrow.”