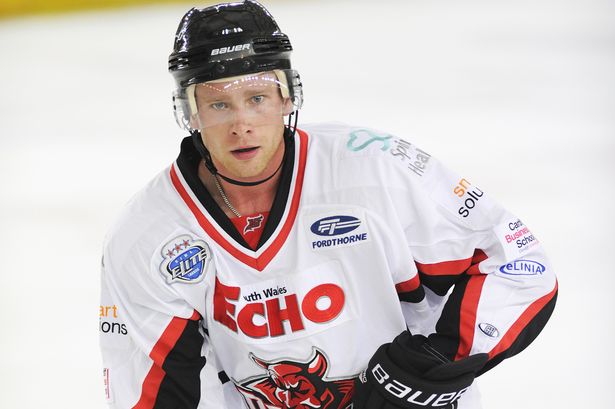 Fire’s director of hockey Mark Cuddihy decided to make a coaching change after the team made a mixed start in Division Two South.

A statement by the club read: “Cardiff Fire have made the decision to part ways with player-coach Chris Douglas.

“The netminder was brought in this past summer to take the helm, but Fire have made the decision to move in another direction.

“Fire thank Chris for his service and wish him every success with his future endeavours. Chris won’t be leaving Cardiff as he  looks to take a roll with Cardiff Juniors.”

Director of player development Smith now takes responsibility for coaching and Cuddihy said: “These decisions are always difficult, but I feel it suits all parties.

“Chris was becoming much busier with his day job and travelling a great deal to cover both roles. I am delighted he will be sticking around and helping Cardiff juniors.

“We are lucky that Smitty has agreed to combine the two roles. Having worked with Mark last season I know the guys will have to react and work hard as we look to improve our league position.

“Mark’s experience is fantastic. He’s passionate about hockey, really loves the game and that’s going to rub off on everybody in the dressing room.”

Experienced goaltender Douglas, a former Cardiff Rage player, was appointed head coach at the start of this season, after playing for Slough Jets over the previous two years.

Douglas set out his aims by saying Fire would go for the play-offs, adding: “There is no reason why we cant break the top four.”

Now Douglas has moved on and Smith will head up a coaching team which includes Cuddihy and Phil Manny.

He had developed through the Alberta Junior hockey League, playing in 238 games and scoring 116 points before joining University of Alaska in the NCAA, the top college league in North America.

He played for Edinburgh, Cardiff and Coventry Blaze in Elite League, making 252 appearances, and was consistently among the leading shot blockers in the UK.

Swindon Wildcats were his next club, but an injury meant he stopped playing and started a coaching career.

“I didn’t plan a move into coaching when I was playing, but when my playing career ended I realised the itch to stay within the game was there,” says Smith.

“I am confident in my abilities to help the Fire achieve success. I was always a player who brought 100 per cent to each and every game and training session.

“That is something that I will look for players to bring on a nightly basis. Bringing a team first mentality will also be crucial for our success.”

Cardiff Fire take on Romford at home this Saturday.