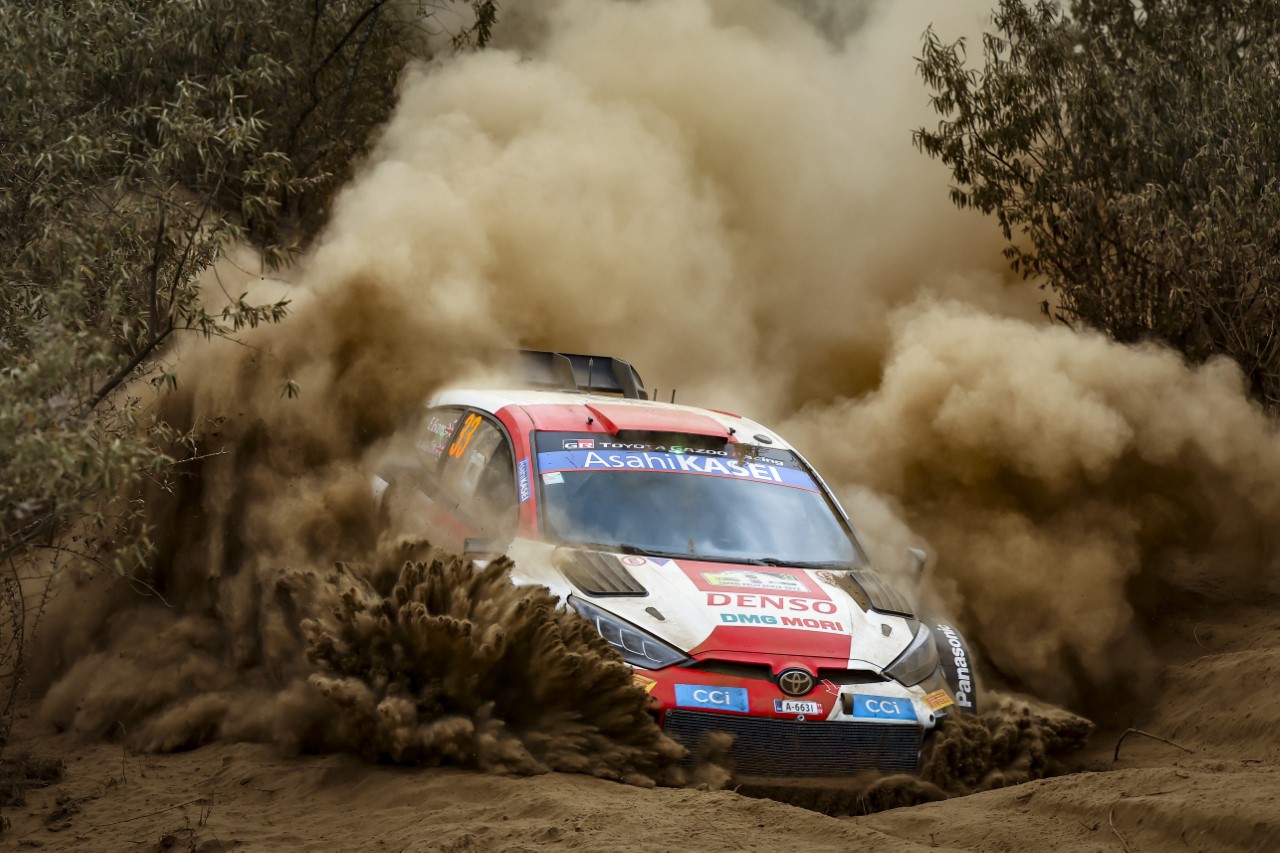 Elfyn Evans kicking up dust on his way to second place on the Safari Rally.

Elfyn Evans kicked up clouds the fine dust – or “fesh-fesh” as it’s called in Kenya – to finish second on the Safari Rally and help his Toyota team score a crushing 1-2-3-4 finish on the toughest round of the FIA World Rally Championship.

Evans had set fastest time on both passes of the Soysambu stage that opened Saturday’s loop to keep himself within 16 seconds of team-mate Kalle Rovanperä, but lost time – and ultimately the chance of victory – on the day’s final two wet and muddy stages because of an issue cleaning the windscreen.

Co-driven by Scott Martin, Evans reached the finish of the event on Sunday afternoon 52.8 seconds behind champion-elect 21-year-old Rovanperä, and ahead of Takamoto Katsuta and Sébastien Ogier in a quartet of dominant Toyota GR Yaris Rally1 cars.

It was Evans’ second podium result of the year, having also finished second on Rally Portugal, and breaks a recent run of bad luck.

“It’s been a really nice weekend,” said Evans at the finish of the Safari Rally in Nairobi.

“Of course, we really wanted to fight for the win, but that slipped away from us on Saturday with one thing or another.

“Today was about securing this one-two-three-four for Toyota Gazoo Racing which is obviously a fantastic result to be a part of.

“It was a tough fight to get through this extreme terrain here in Kenya and while everybody else has struggled, our cars have really come through it so a big well done to the team.”