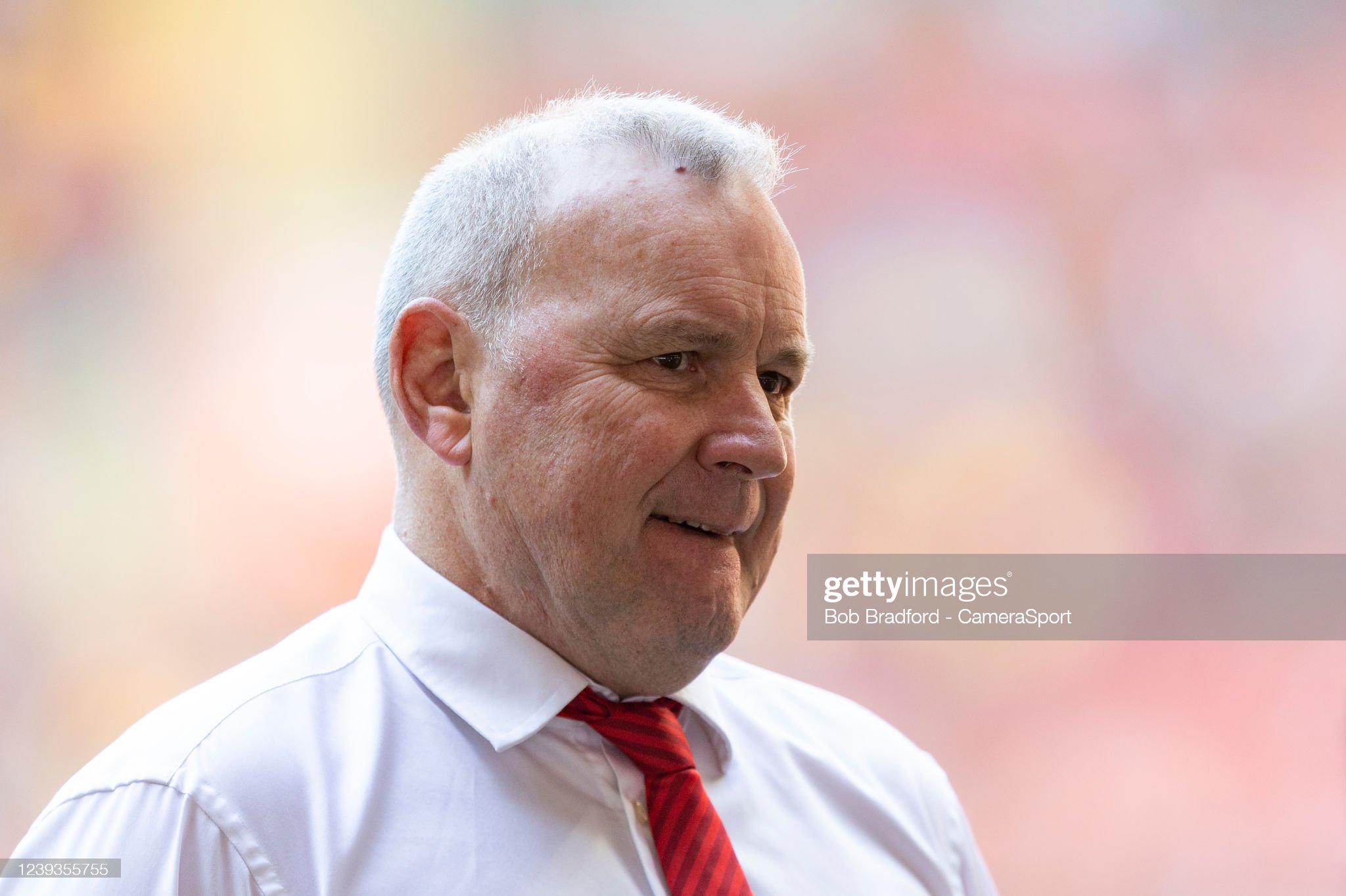 Wales coach Wayne Pivac admits his men are on a mission to restore lost pride when they face the daunting challenge of South Africa this week.

The tourists will meet the world champions with faces still red after Wales’ 22-21 defeat to Italy in their last match of the Six Nations.

“I hope we are going to be a lot better than our last game,” pledged Pivac.

“We were embarrassed about that last performance – there’s no hiding from that. The players have spoken about it and we’re a better team than that. We know that.

“But we need to go out and show that in the First Test. And we have to do it from the first minute to the 80th if we are going to stand a chance in these Test matches.”

Wales are hopeful captain Dan Biggar will recover from a back injury suffered playing for Northampton as they seek to beat the Springboks on their own soil for the first time.

While most of Wales will be hiding behind the curtains next Saturday but Wayne Pivac can’t wait to take on the Springboks.

Pivac’s position as head coach has been questioned since a poor Six Nations campaign ended with that defeat to Italy, their first ever against the Azzurri in Cardiff.

Wales have been written off by all and sundry ahead of this three-Test tour. But Pivac is quietly confident his side can shock the Springboks on their own patch.

“Nobody likes finishing on a sour note with a poor performance. It’s a long time between drinks as they say.

“We’ll be doing what we think we need to do to try to win the first Test, and then set ourselves up for a great series.”

If Wales are to triumph in the first test, they will have to emerge victorious at the scene of the most humiliating result in their history.

In 1998 they were slaughtered 96-13 by a ruthless Springboks outfit at Loftus Versfeld in Pretoria in what remains the heaviest defeat Wales have endured in Test match rugby.

If recent form is anything to go by then Jacques Nienaber’s side should rack up a cricket score, but Wales have won five of their last eight Test matches against the Springboks, and Pivac was bullish when asked if they could do it again

Me when South Africa v Wales kicks off: pic.twitter.com/4F40P0IuG6

“In some camps they’d say you’ve got everything to gain and nothing to lose. From our point of view, we take every Test match seriously.

“Wales have been good at doing that. Hopefully, we’ll continue to be good at that, and that’ll put some pressure on them.”

Most experts are expecting Wales to get overpowered up front, with their set-piece a potential weakness given experienced tight-head Tomas Francis is carrying a back injury which has prompted Pivac to call up rookie pair Sam Wainwright (Saracens), and Harri O’Connor (Scarlets).

Despite their recent struggles Wales have named a strong squad for their visit to the Rainbow Nation, and Pivac insists they are close to turning a corner.

“There was some good stuff that came out of that Six Nations let’s not forget that,” he insisted.

“What we need to do from a team perspective is focus on the good stuff we put out there, build on it, and make sure we have that on a regular basis over 80 minutes week in week out.

Wales tour to South Africa kicks off next Saturday with the first test at Loftus Versfeld ko 4.05pm. Gather your mates and watch all the tests at the club. Multiple screens, cold beers, hot dogs and great craic. The only place to be when there’s rugby to watch 🏉🏉🍺🍺 pic.twitter.com/TMUOTcoBKw

“That’s the challenge for us. We do know how well we can play when we put it together.

“We’ve got to make sure we do that from the first minute to the 80th to stand a chance in these Test matches. It’s something we are talking about.

“Not only do we have to be prepared physically but mentally as well. The right mindset to be able to stick it to task for the full 80 minutes is going to be a big challenge.”

Due to the struggles of Wales’ four professional sides this season, most of Pivac’s squad have not played a game of rugby in over a month.

In contrast, two of South Africa’s franchises, who play in the same domestic competition as Welsh clubs, competed in the United Rugby Championship final with the Cape Town based Stormers coming out on top.

The South African sides have played the game at pace, putting width on the ball but Pivac expects them to revert to type against Wales, and put to bed any fears Wales will be undercooked.

“We had a live scenario training session with referees,” said Pivac.

“It wasn’t just a two-minute job they hooked into each other for a good 40 minutes and came through it well.

🥰 Some familiar faces, some new – what’s not to love about the Bok training squad? #StrongerTogether #StrongerForever pic.twitter.com/neBauZvvuk

“We’ve been having bits and pieces in training sessions over the last 10 days. Building into it because when they’ve had a bit of a break you’ve just got to ease them into it.

“There was a bit of a de-load, so we’ve got to load them back up with the conditioning before you get into that intense contact work. The last 10 days we have been intensifying that, and it came to a head on Friday.

“We are pretty pleased with what we’ve been able to get in. I think you’ve got to put it in perspective by looking at what works at club level, and what works at Test level.

“When you are the world champions playing the best teams in the world and being successful in a plan that’s working for you it would be very mad to go too far away from that.

“I don’t expect there to be too much change but obviously we are watching what is coming out of South Africa at club level.

“There’s a lot of ball movement, and a lot of offloading with a lot of great tries being scored. Between now and the Rugby World Cup what we’ve got to do is keep an eye on things because who knows what they’ll have in their repertoire.

“The clubs have been exciting to watch but that doesn’t normally transfer up as often as you would like.”