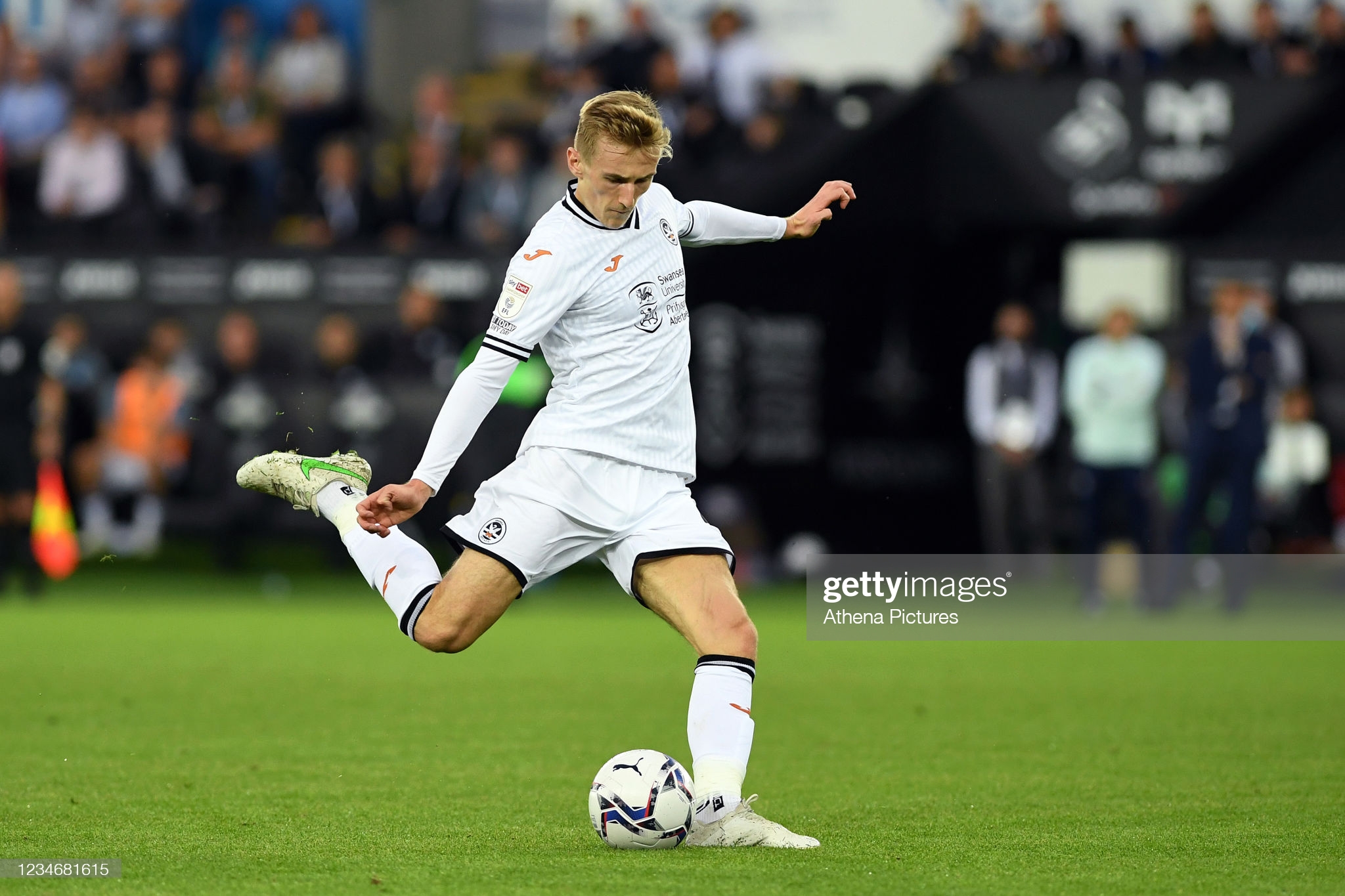 Swansea City midfielder Flynn Downes is having a medical on Thursday ahead of a £12m move to West Ham, who are in talks with Fulham over selling defender Issa Diop.

The Downes deal is close to being finalised after initial reports had linked the 23-year-old midfielder with Crystal Palace.

The former Ipswich Town player made 39 appearances in all competitions last season for the Swans after a move this time last year for £1.5m

The deal will improve Swansea’s chances of replacing Downes with their former star Joe Allen.

The Swans are in talks with the Wales midfielder’s representatives over a return to the club after he became a free agent following the expiration of his Stoke City contract this summer.

The 32-year-old began his career at Swansea and made 150 senior appearances before joining Liverpool for £15m in August 2012.

I wish I could stress to West Ham United fans how good Flynn Downes is. Incredible player and no doubt will only get better. The boy was made for the Premier League and it was clear to see that right the way through last season.

The Hammers are light in the central midfield area after club captain Mark Noble retired in the summer and Downes could fill that combative void.

West Ham are still waiting on a decision from Jesse Lingard on whether he is to join the club after his release from Manchester United.

The Hammers feel they have made a good offer and remain hopeful he will sign following his release from Manchester United.

Flynn Downes edging closer towards Swansea City exit. A terrific talent and the sort of player you can’t help but enjoy watching. Premier League football seems a natural progression for him and recruiting Joey Allen would certainly ease the blow for the Swans. https://t.co/ilEUKgOUKN

Lingard scored nine Premier League goals in 16 starts for West Ham in a loan spell in the second half of the 2020/21 season.

The forward officially become a free agent on July 1 when his United contract expired. Newcastle tried to sign Lingard in the January transfer window.