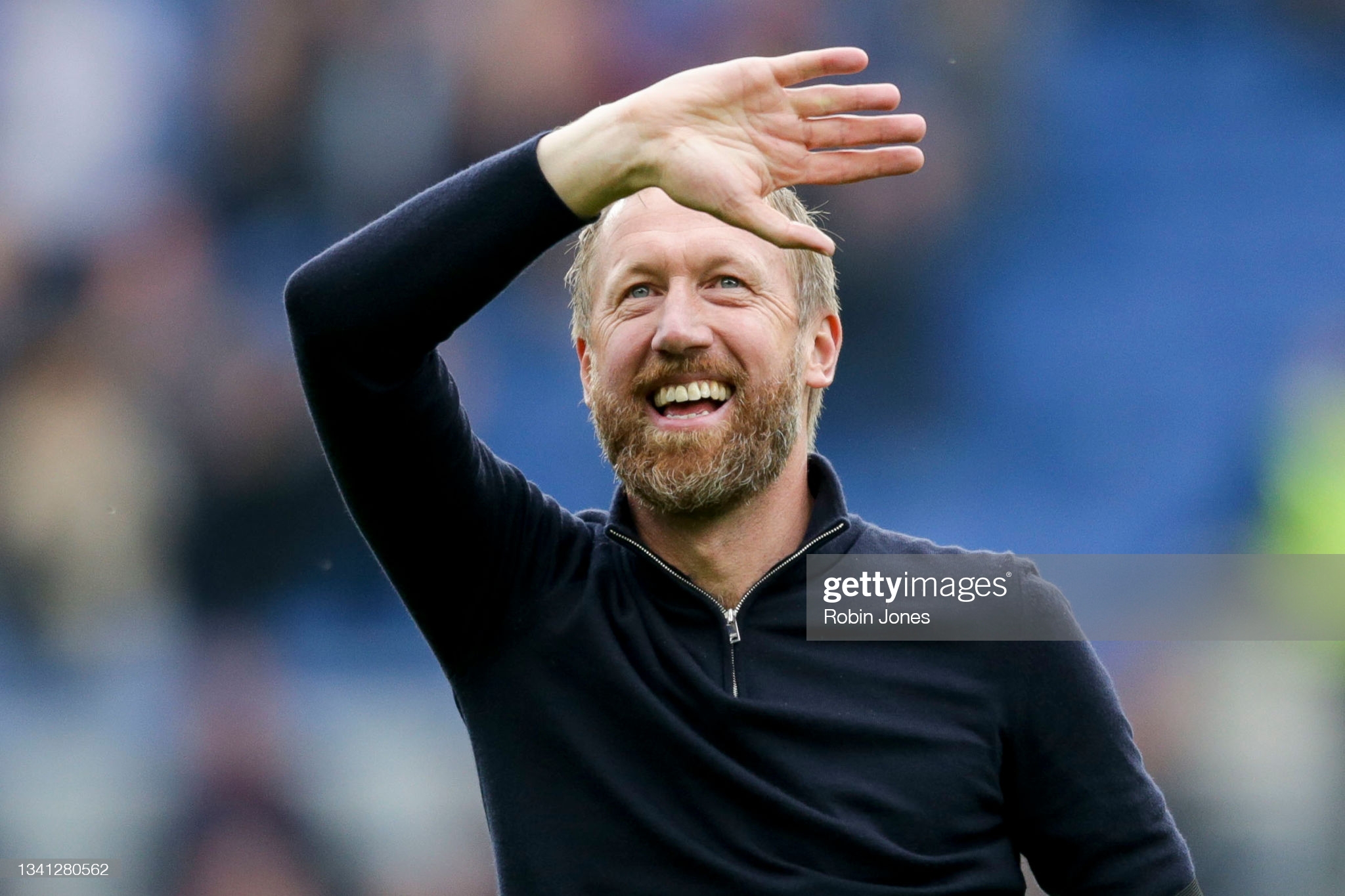 Former Swansea City manager Graham Potter comes up against his old club for the first time on Wednesday night, convinced Russell Martin can take them back to the Premier League.

Potter – who left the Swans to take charge at Brighton two years ago – will be in the Premier League club’s dug-out for their Carabao Cup tie at the Amex Stadium.

It is the first reunion with their former boss for the Swans, who have made a poor start to the season in the Championship with just one win in eight matches.

But some of the performances on those games have encouraged Potter, as well as others, to believe Martin is capable of bringing success with Potter suggesting that, given time, Martin can take the club back up.

“With the right support, patience and time, Swansea City will be back in the Premier League with Russell, because I think there’s huge potential there,” said Potter.

“It’s a period of transition. Russell has done really well and I think it’s a fantastic appointment for Swansea, I really do.

“He provides real clarity, real integrity, an idea that people can get behind. I think it’s the early stages of what they want to do.

“I certainly know for myself that it’s not always perfect at the start in terms of performances and results, but you can clearly see what they’re trying to do and where they want to go and they’re very impressive in that.”

Potter spent just one season at Swansea, finishing 10th in the table in the 2018-19 campaign.

His team missed out on the play-offs by a sizeable nine points, but his attractive style of football and ability to enable youngsters such as Dan James and Oli Burnie to flourish, meant Brighton made him an offer to join them in the Premier League.

The former Birmingham City defender – who had cut his teeth as a coach in Sweden with Ostersunds – left just a year into his three-year contract and was replaced by Steve Cooper, who made the play-offs in successive seasons and was confirmed as the new Nottingham Forest boss on Tuesday.

Potter added: “I left Ostersunds. It was my home and a very stable place for my family.

“I came to a club that had just been relegated from the Premier League. Whilst you have these ideas that things might be how you think they’re going to be, until you’re there and you know the full implications of that financially, it’s so challenging.

“You just have to continually adapt. It was a fantastic experience for me.

“It was turbulent. We went through two lots of redundancies. It was very traumatic to see people lose their jobs.

“There was a change of chairman. But at no point did anybody lie to me. It was just so difficult when you come out of the Premier League with the financial commitments you have.

“You have to try and put a team on the pitch that people recognise whilst trying to recover a black hole financially.

“With all that going on it’s an incredibly challenging time and I learned loads about myself. It was wonderful.

“You use perspective. You zoom out a little bit. You can work with young players and build the team around them and that allows the club to grow again.

“Most jobs are challenging. There are no easy jobs at this level. I certainly grew as a person and a manager.”

Following a dramatic comeback to draw 3-3 against Luton at the weekend, Martin and the Swans will be keen to build on the momentum generated during a memorable second half at Kenilworth Road.

But the Swans head coach – who is back in his own home town – is set to make changes for the tie on the back of three league games in a week following the international break.

The only definite absentee is striker Michael Obafemi, who is cup-tied having featured for Southampton in the earlier rounds of the competition.

Martin said: “It’s a great test for the guys, it’s a great place to play. It will be a tough game, but I think it will be a good game to watch.

“There will be two teams trying to play in a similar manner, not exactly the same, but it is a real test and it is a chance for some of our guys to get on the pitch and show what they can do against top class opposition.

“We have had two excellent results in the cup, the challenge here is to try and do it facing a team from a higher level.

“It’s a game to look forward to, but we will only enjoy it if we go out and put in a good performance.”