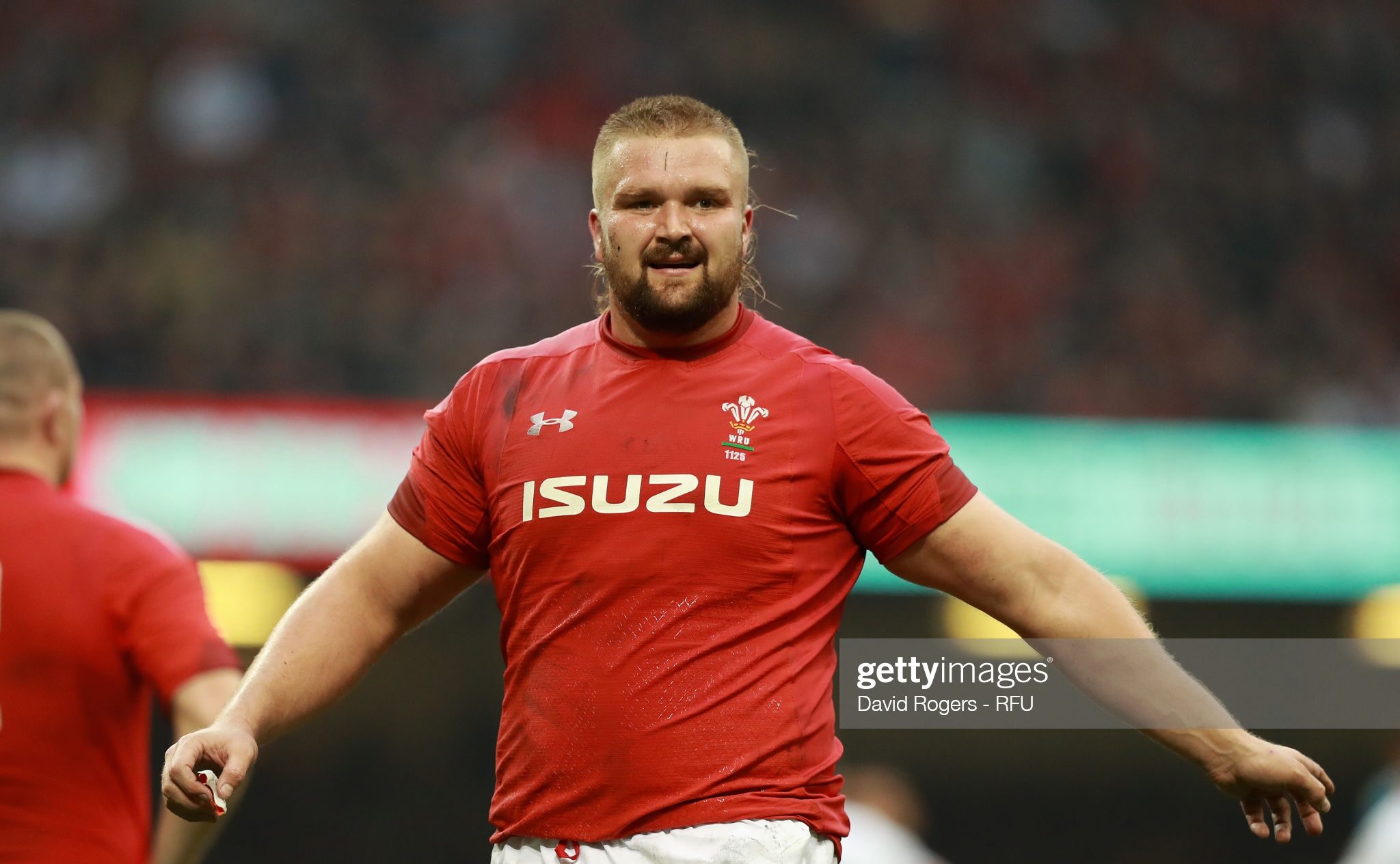 Tomas Francis was the biggest arrival in Welsh rugby this summer in every sense of the word.

He is now looking forward to getting his Ospreys career underway and is impressed with how his new team have performed under coach Toby Booth.

The Ospreys almost went out of existence in 2019 when a merger with bitter rivals Scarlets was proposed.

Now, under Booth, they are finally getting their act back together again.

“I had an amazing seven years at Exeter. We reached the Premiership final in six of them and the training was great, but I was ready for the next challenge,” Francis added.

“In my view, Toby is creating a similar culture to the one I first experienced at Exeter seven years ago.

“He’s got a lot of youngsters with a sprinkling of more experienced players.

“It is an exciting place to be and the potential is endless. Alun Wyn Jones and Justin Tipuric were big drivers in me signing.

“They said that whatever I had heard about the Ospreys, they had turned the corner under Toby and it was an exciting place to learn. I can now see why they said that.

“The depth we’ve got is as good as at any top team in Europe when everyone is fit and available.

“On top of that, Toby put in some great foundations last season when so many young players picked up invaluable experience.

“There is no doubt the Ospreys is the most successful of all the Welsh regions since 2003 and they do have a lot of history. Now they are re-building on a good base of local talent.

“I want to enjoy going to work and I’ve found a very welcoming culture at the Ospreys. If you care about each other off the pitch, it makes it easier on it.

“That caring culture and hard work are two of the core values Rob Baxter instilled at the Chiefs and it is easy to see them very much in evidence since I’ve arrived at the Ospreys.

“Toby is a lot like Rob in being good at unearthing talented youngsters and you have to respect a coach who believes that if you are good enough, you are old enough.”

Francis made his Ospreys debut alongside the returning Wales fly-half Gareth Anscombe in a pre-season clash with Northampton Saints last Friday night.

Anscombe had been out of action for more than two years and one can only hope he can recapture the form and fitness which made him the hero of Wales’ Six Nations Grand Slam in 2019.

The Ospreys start their United Rugby Championship campaign at Welsh rivals Dragons a week today (SUN). Whatever happens in the season to come, Anscombe and Francis will be key to their fortunes.

“It is going to take me a while to get used to the United Rugby Championship after seven years in the Premiership,” said Francis as he looked ahead to the competitive action beginning.

“I used to know how every team played in England and what their game plan was, but I will learn as I go along.

“I hope the heavy lifters come more into play with the South African sides getting involved because that’s my game. I just want to play as much rugby as possible and the first block of five games will give me the chance to push to be involved in the autumn internationals.

“I was frustrated I couldn’t play in my last game at Exeter in the Premiership final because of injury.

“That kept the fire burning within me and I’m now fit and raring to go.”

“Signing for the Ospreys will allow me to continue to play for Wales, something I was not willing to give up,” said prop Tomas Francis.

In Francis, The Ospreys have landed the best Welsh-qualified tighthead since Adam Jones and have added a cornerstone to their pack who will arrive having played in five of the last six Gallagher Premiership finals.

Even though he has trimmed down from the massive 24 stone he once weighed in his second year at Leeds University, he remains the size of a small house at between 19 and 20 stone.

Never mind the size, look at the quality. Francis has won 57 caps for Wales since Warren Gatland plucked him from obscurity in 2015 and at 28, is only just reaching his prime.

With two World Cups already behind him, he is hoping his summer switch from Exeter Chiefs to the Ospreys will leave him well placed to make it a hat-trick in 2023.

He already has one Grand Slam and a second Six Nations title on his CV, but a World Cup triumph is his ultimate goal.

“I will be 31 at the next World Cup which is a good age for a prop. I thought 2019 could have been our time, but South Africa have shown what a good team they are,” said Francis.

“It has been a dream career for me so far with Wales. We have achieved a lot, but this group still has a long way to go. I’m hoping I can add new strings to my bow with my move to the Ospreys.

“It is a different experience for me to be a big signing at a club, but I’ve still got to stake my claim.

“I never thought when I started playing rugby I’d ever get this far. I used to play rugby to have fun with my mates and I chose rugby at university because they had the best social life.

“There weren’t many big props and my university coach Andy Boyd told me to go to Doncaster and give it a try. It has been a bit of a whirlwind from there.

“I was never in an academy when I was young. All I could do was work hard, take it step by step, and fight for game time at every club I’ve been at. I still can’t believe where I am today. The exciting thing for me is I don’t believe I am anywhere near where I can still get to with my game.

“I feel very young in my rugby age and I’m still learning every day. Moving to a new environment like the Ospreys means I can’t afford to take anything for granted or to stagnate.”

Where Jones used to wreak havoc at scrum time for both Wales and the Ospreys, Francis wants to follow suit.

In fact, it was Jones who inspired the York-born Francis to play for Wales and not England. Francis’ grandmother hails from Abercrave where Jones played growing up.

“Adam was part of a different generation and the game has changed,” Francis said.

“He was the world’s best tighthead, but you have to be able to do different things as a prop now. I could never be as good as him although I’ll keep on striving to be.

“He was one of the big reasons why I chose to play for Wales over England. I saw my game being more like his than an English tighthead. A lot of the props at Exeter played in the Championship and got their heads shoved up their backside for 24 games a year. That’s how you learned the dark arts.”

Francis has certainly done that and intends to use it to good effect at his new club.