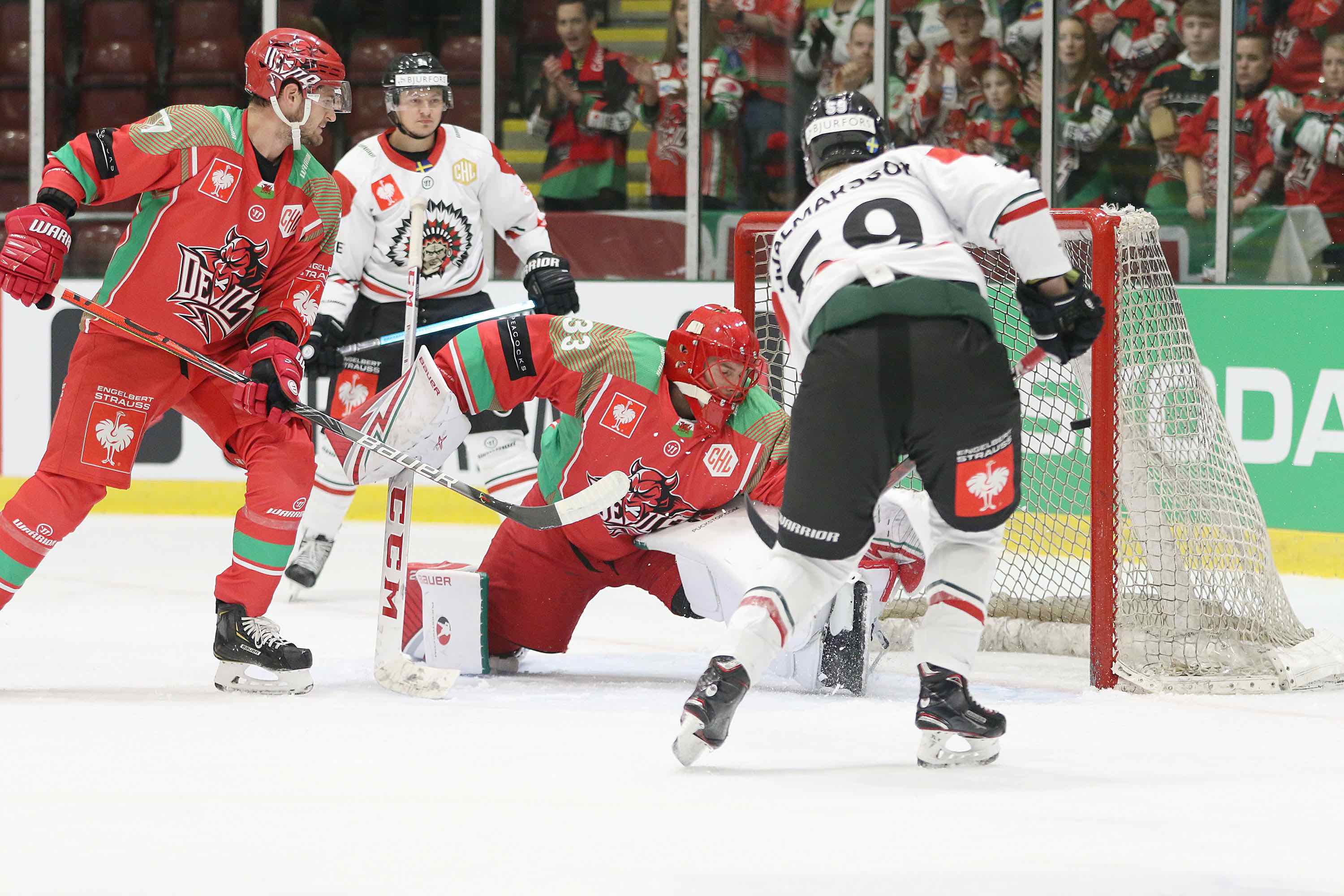 Cardiff Devils were shot down by a teenage Swedish sniper in their Champions Hockey League match against Frolunda Indians in Cardiff Bay.

Fagemo, whose dad Linus played professional hockey in Sweden, Germany and Denmark between 1995 and 2012, was selected by Kings in the second round, 50th overall, in the 2019 NHL draft.

This was, without doubt, a result that will sting Devils, conceding nine goals against the Swedish and European champions for the second time in this group, but they can reflect on their Champions Hockey League performance with pride.

Cardiff won three of their six group matches and their fate was only decided in this final fixture. They will finish third behind Frolunda and Czech team Mountfield HK.

"Big thanks to Cardiff as a city and the Devils as a team. I liked the effort they put into the two games and I really liked their fans both in Gothenburg and here at home" @frolunda_hc head coach Roger Rönnberg

Hear from him & Lordo 👇https://t.co/LmqqxE8Xbh

“It’s gut-wrenching, real painful,” said Cardiff coach Andrew Lord. “We were real close. The scoreline looks really bad, but those first two periods we were right in there.

“There were a couple of missed assignments and I have never faced a team with that sort of firepower and killer instinct. Give them a couple of inches and they put it away.

“The three wins were huge. I would have liked first 10 minutes of the Mountfield match back, but overall we played some great hockey in this tournament.

“Frolunda’s fourth goal stung. We pushed a bit in the second, but the third goal went in after an unbelievable blocked shot. The puck went back on their stick and they found net.

“We clawed back, scored our second and that re-energised the building. Re-energised out boys.

“Overall, we were difficult to play against. I liked a lot of our game and we’ll take more lessons from this again.

“Frolunda are an unbelievable hockey team any way you cut it.

“We have such team togetherness and then some. The players enjoy coming to the rink, getting better, going to battle for each other. They played a lot of great hockey

“The skies the limit for this team. It’s so enjoyable to work this group right now.”

Indians coach Roger Rönnberg is a big fan of four-goal Fagemo , promoting the young forward to the top line alongside captain Joel Lundqvist and American forward Ryan Lasch when he first broke into the team.

Rönnberg sent him out against Devils with Lasch, who finished the match with five assists, and Simon Hjalmarsson.

Fagemo has been nicknamed ‘the sniper’ by Frolunda’s coach is burning with ambition and felt shunned when nobody selected him in the 2018 NHL draft.

When LA Kings snapped him up this year he said: “I see this as my revenge after not being chosen last summer.”

Kings have Fagemo to a three-year entry-level contract and he tweeted: “So proud and happy to be part of the @lakings organisation. A big dream come true. Thankful for all the support I got during the way. Excited for LA!”

Christian Ruuttu, Kings’ head European scout, says: “Samuel is a high-energy player who scores goals. He is fearless when it comes to attacking the net.”

Blair Riley and Mark Richardson scored Cardiff goals against Frölunda  and the Welsh club competed hard for the first two periods before losing the final 20 minutes 5-0.

It was a huge, 60-minute performance by Frölunda Indians and they have qualified for the last 16 knockout stages along with Mountfield HK from group H.

“It was a really fun game and we’re excited to play in the play-offs.”

Devils captain Joey Martin said: “We played a lot of good minutes. The first two periods we were pretty good.

“The scoreline doesn’t reflect how well we played. Their special teams were great again even though I felt we did a pretty good job ourselves.”