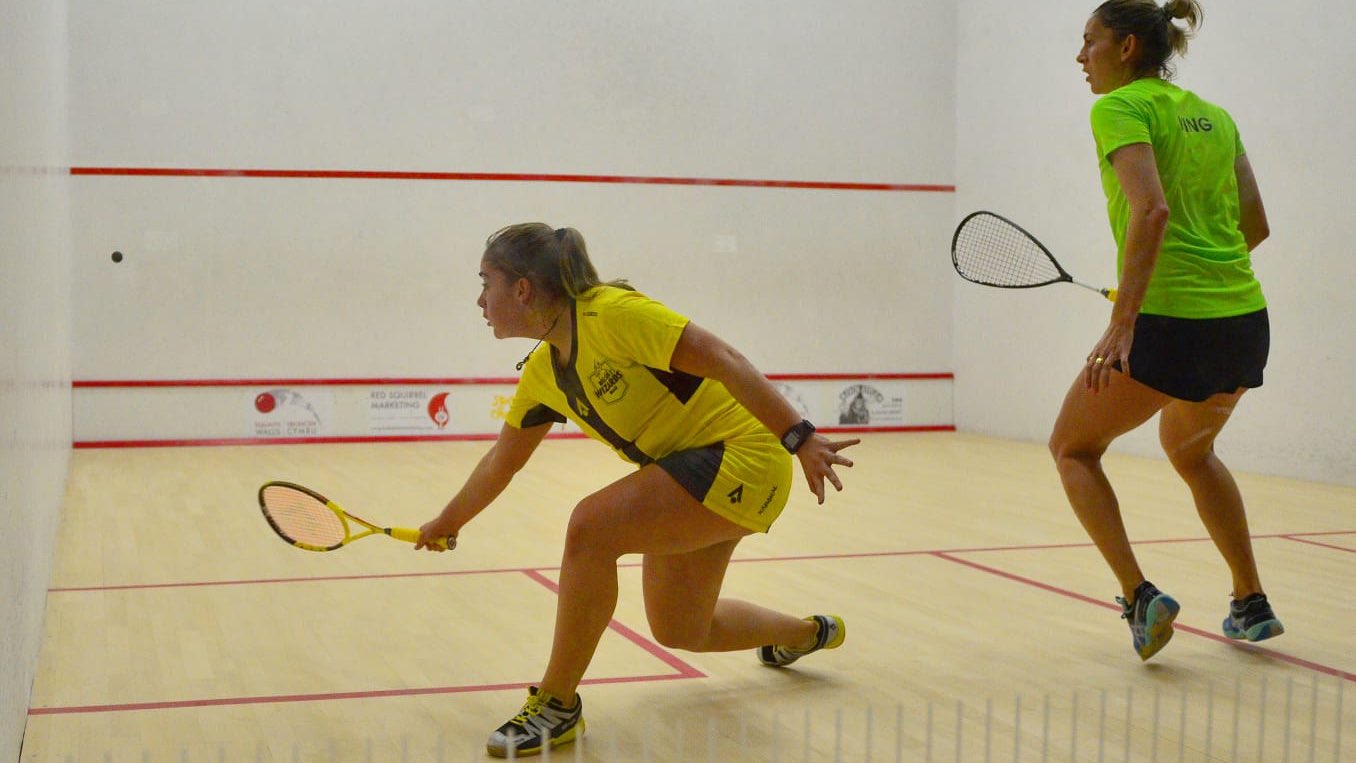 Tesni Evans has highlighted the impact of her home crowd after coming back from the brink to beat Joelle King as the Welsh Wizards earned their first win of the season on Tuesday night.

Evans – the world number nine – produced a stunning comeback from a game down, and then 6-0 down in the decider, to world number six King as the Wizards beat St George’s in round two of the Premier Squash League.

The victory by Wales’ Commonwealth Games bronze medalist – against the New Zealander who took gold last year – sent the Wizards on their way to an emphatic 4-1 victory.

The Welsh team had opened their season with a 5-0 drubbing away to Warkens two weeks ago.

Fresh from reaching the quarter-finals of the US Open, Evans – who was celebrating her 27th birthday – lost the first game 11-5 to King, before storming back to take the second, 11-4.

King then raced into a 6-0 lead in the final game and seemed to be cruising before Evans – roared on in an increasingly feisty match – gathered momentum and strength from the noisy home fans at Sophia Gardens to take the last game, 11-9.

“I really enjoyed that match – it was fun,” said Evans.

“It was nice to welcome someone here who is a really good friend of mine –on and off the court – and show her this environment. It was pretty cool.

“There’s always a bit of an edge when you both want to win and the crowd here just gets louder and louder.

“We are both competitors and that can be tough when we are both good friends. We have both beaten each before, so we are used to it on both sides, but it was just a really good game.

“I was 6-0 down and fearing the worst at that point. But I actually felt I wasn’t playing that badly.

“She was playing really well and so I thought I just have to make it as hard for her as I can and see how close I can get.

“I tried to slow the pace down a little bit and get her to have to think a bit more. I needed to make the rallies longer and see what I could get out of it.

“When I got my score back to eight or nine, it was always going to be in my favour because it’s easier being the one who is coming back, rather than the one holding on.

“I just love being back competing for the Wizards. Every time I play away from home, I just wish we could take this crowd with us.”

Evans’ teammate Anna Kimberley weighed in with a convincing 11-5, 11-9 victory over St. George’s Jasmine Hutton in a match that was temporarily halted while the court was cleaned of dust.