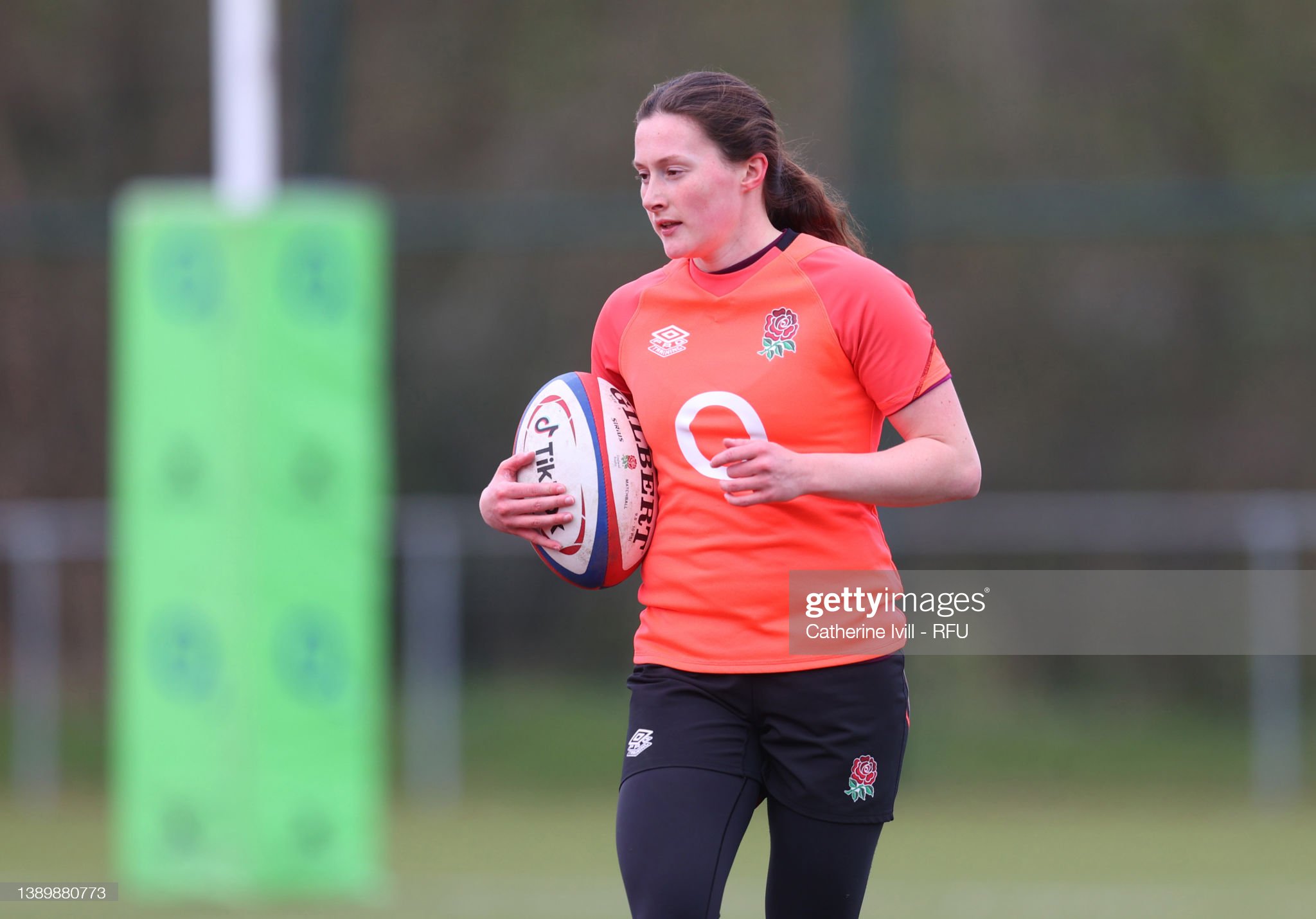 The 26-year-old Harlequins scrum-half will rightly feel proud about making her first start for the Red Roses as they chase yet another Grand Slam.

But she could so easily have been playing in the red of Wales as they chase a first Triple Crown in 13 years.

Certainly, ‘Hen wlad fy nhadau’ will be as familiar to her as ‘God Save the Queen’ having represented the land of her birth a number of times before.

The fact she never represented Wales in the 15-a-side game left the door open for her to go on and play for England.

She is currently in her second spell at Harlequins and won her first cap when she came on as a replacement in the win over the USA earlier in the season.

Her switch of allegiances was able to take place due to her family lineage. Welsh by birth she may be, but she can trace her English heritage on her father’s side all the way back to one of the most famous players in the history of the game.

In fact, when she plays home games for Harlequins she plays on a ground that is named after her distant relative, Adrian Stoop.

Stoop won 15 caps, captained his country twice and went on to become secretary and president at Harelquins and president of the RFU. His brother, Fred, also played for the Quins and England.

Many of the players in Siwan Lillicrap’s Welsh side will be familiar to Packer having played with them on the Wales Sevens circuit.

She represented Team Wales at the Commonwealth Games on the Gold Coast in 2018 and played in the first Wales team that performed on the World Sevens Series circuit.

That was in Paris in 2018, when she once again faced an England squad that contained a number of the players with who she will be lining-up alongside in Gloucester in Round 3 of the championship.

Educated at Ysgol Dyffryn Aman, in Ammanford, she played alongside Wales centre Hannah Jones in the side that won the Rosslyn Park Sevens U18 girls team in 2015.

That helped to earn her a place in the Wales senior sevens squad and she also went on to win a bronze medal for Team Wales at the Youth Commonwealth Youth Games in Nassau, Bahamas, in 2017.

Two of her teammates from that side, Bethan Lewis and Kayleigh Powell, will be playing against her at Kingsholm.

She also played for Wales at the Paris and Hong Kong Sevens, as well as at a number of Rugby Europe events.

She has been drafted into the England team by head coach Simon Middleton to face her homeland as one of eight changes from the starting line-up in Italy, where the Red Roses won 54-0.

It was Middleton who first called-up Packer to represent England at the 2019 Super Series in San Diego.

She made her Six Nations debut as a replacement in the big win over Scotland, coming on for Leanne Infante on the hour mark, and then replaced Natasha Hunt in the game in Italy.

Now she will get her first start for England, following in the footsteps of another Welsh-born star, Megan Jones, the former Ysgol Glantaf pupil, who played in the 2017 World Cup final and represented Team GB at the Olympic Games last year.