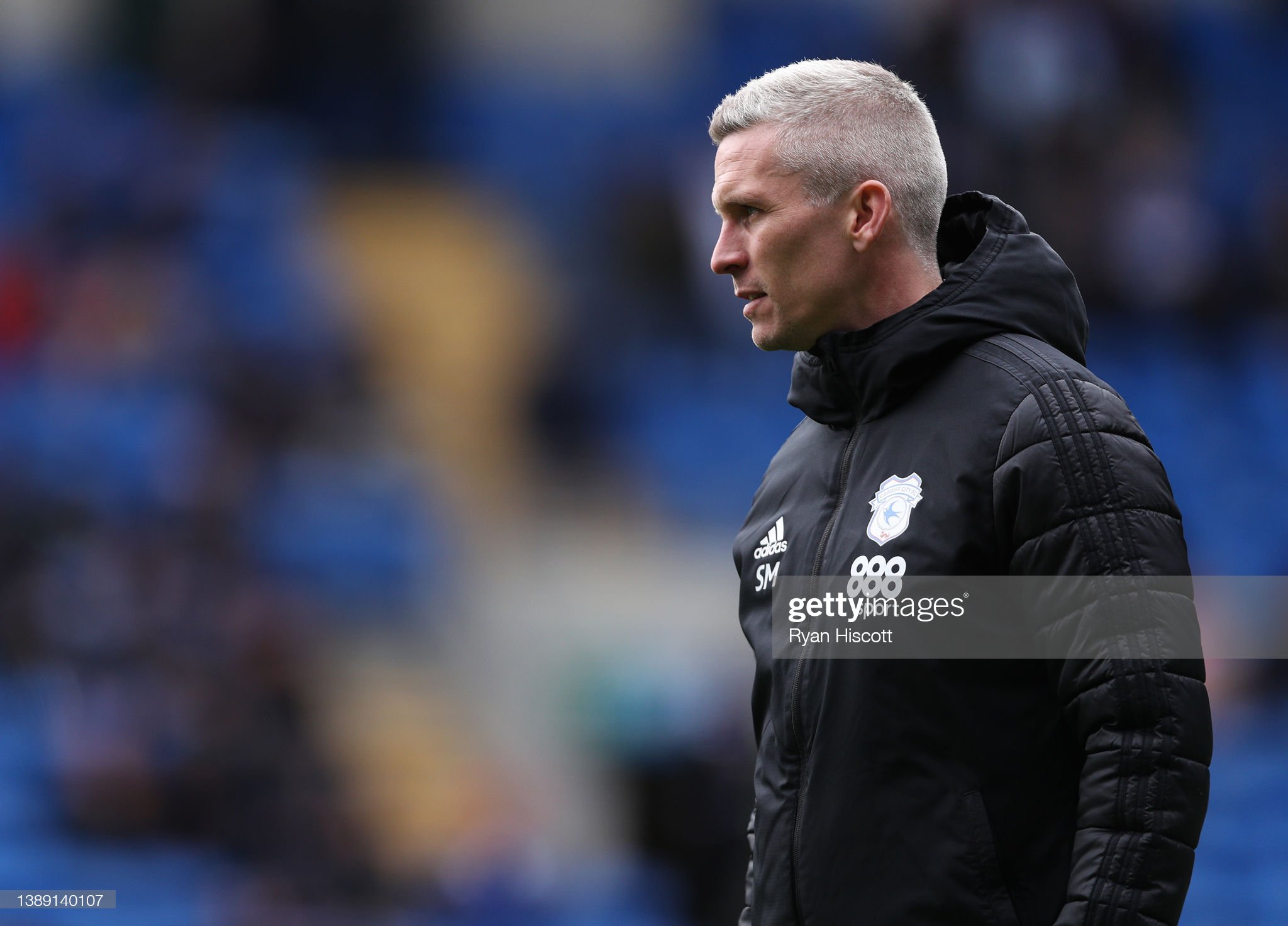 Steve Morison is hoping ‘the curse’ of the Manager of the Month award came early for him as he looks to move on from the derby double defeat last weekend.

The fledgling Bluebirds boss was awarded the March award as Championship manager of the month earlier this week after masterminding 10 points for his club in March.

Then came the crushing blow last weekend of a 4-0 home defeat to arch-rivals Swansea City that enabled them to become the first team in 110 years to complete a league double in the south Wales derby.

That led to some angry fans claiming Morison didn’t understand the significance of the derby, although there will be more than 2,000 travelling to Reading today to back the Bluebirds in their next game.

“The manager of the month award struck before we even knew we’d won it. I just hope that was the game we were due to lose after getting the award,” said Morison.

“We all had a tough weekend after the Swansea defeat. It was tough for the players, the staff, the fans and all their friends and families.

“Even when the players came back in on Monday they still looking like rabbits caught in the headlights. For a number of them it was the first big derby game they had played in.

“There was a 27,000 crowd and we were probably guilty of playing the occasion, rather than the game. Now we have to ensure the players can move forward without too much negativity.

“Reading becomes the most important game now because there is nothing we can do about last weekend other than learn from it and wait for the chance to put things right when we next meet them.”

With seven games to go to see out the season, Morison has already met his main target of staving off relegation.

Now he wants his players to finish off the season with a flourish to move as high up the table as possible.

“We’ve got some big games left and we can’t let last weekend drag us down. When we had a poor result against Bristol City earlier in the season we hit back to win the next three games,” added Morison.

Cardiff are set to come up against former Bluebirds striker Junior Hoilett, who played 179 games for the club in a five year spell that ended last year.

Hoilett scored the winner the last time the two sides met back in October, but he expects this game to be a stern test for the Royals.

“They were coming off a poor run last time we met and a poor result against Swansea this time – so they will be coming out all guns blazing on Saturday.

“We’ll just have to stick to the game plan, stay secure and fight for each other, like we have been.

“We just have to go into the game with the same mentality as we did in the week, be secure throughout and on the front foot when we can.

“If we can go again against Cardiff and get the same result then that would make it a fantastic week.”