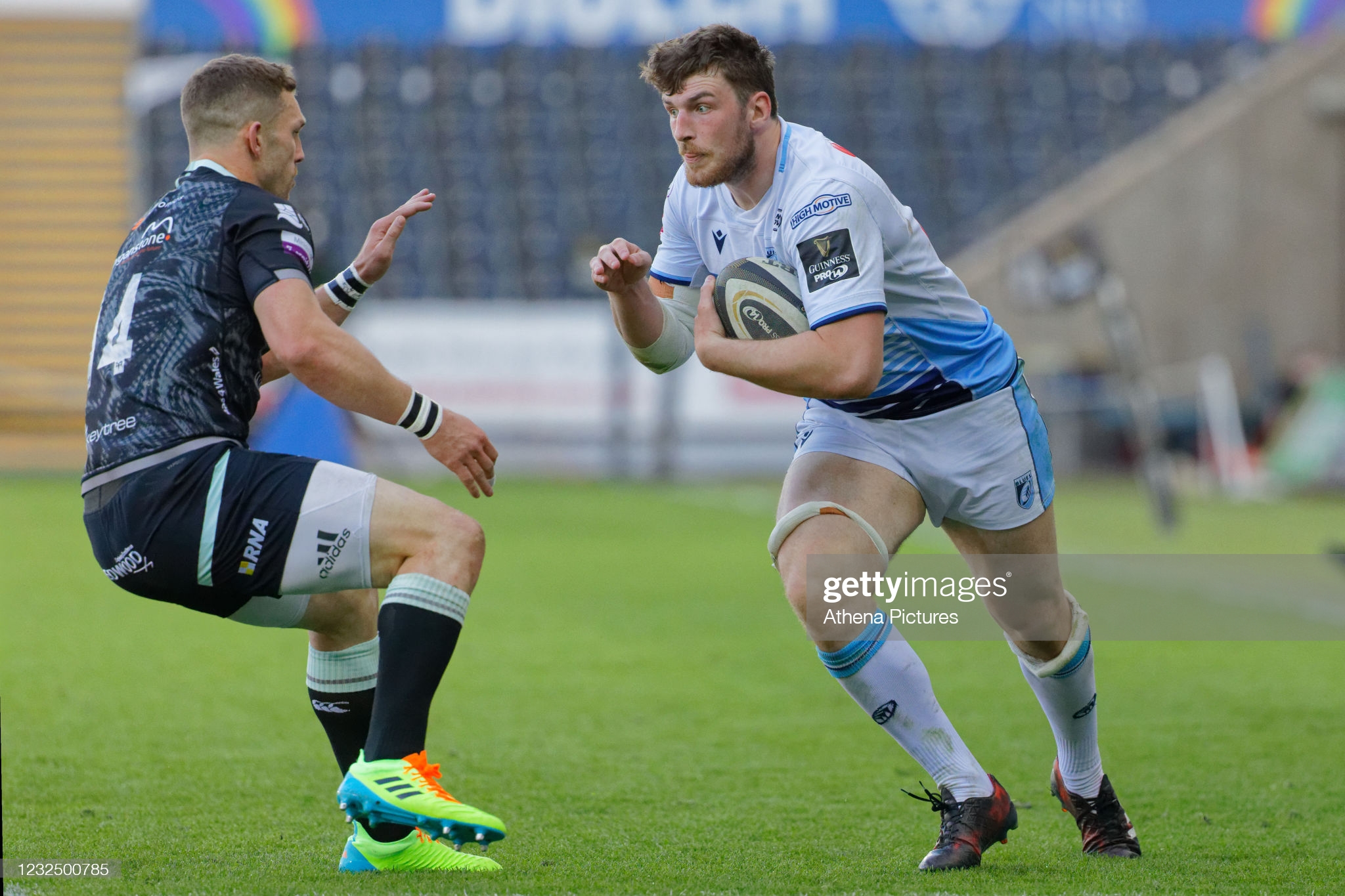 James Ratti is relishing the prospect of linking up with the Wales squad next week after taking the hard route to the top.

The Cardiff Rugby No 8’s journey to international rugby has been a bumpy one, with many ups and downs along the way. Just three years ago the 24-year-old was released by the Ospreys, but after a period plying his trade for Cardiff RFC in the Indigo Group Welsh Premiership he earnt another contract at regional level.

Originally a second-row, Ratti impressed in his early months at Cardiff Rugby, but the turning points was the appointment of director of rugby Dai Young following the departure of John Mulvihill. Former Wales prop Young floated the idea of converting Ratti to No 8, and the rest as they say is history.

“It was the week after Dai had come down here,” explained Ratti. “He pulled me into his office and said ‘Statistically, you match up more as a back-rower, is it something you’ve done previously?’

“I told him then it had been my original position before moving into the second row. After a chat with him and a couple of the other coaches, we thought it was something we could try to start training more as a back rower than a second row.

“It’s been one heck of a journey. I’d like to think I always believed. You have your moments when your head is in the mud.

“But if you don’t believe you can get there, it probably affects your training and your performances. You don’t think too far ahead. It’s just about taking it one step at a time.

“It’s been a bit of an unusual route to get here, but I’m thankful for every opportunity I’ve had.” Ratti’s selection in Wayne Pivac’s squad for the Six Nations surprised many people, and the former Ospreys man admits he was left in “disbelief” himself.

“It’s been a bit mad,” he said. “I was out on the field when the squad was announced, so I was probably one of the last to find out.

“One of the boys, Shane (Lewis-Hughes), came over and shook my hand. I thought he was having me on at the start, but then, when I went in, a couple more boys shook my hand and patted me on the back. I was like ‘they must be serious’.

“So I looked at my phone and saw the email. I think by that point all my family had already messaged me. I gave my old man a call, and then my mum.

“They were really pleased and all the boys were great and chuffed for me. Over the last few days, it’s probably been disbelief more than anything else.

“It’s been a bit of a whirlwind.” Ratti says he also owes a lot to his father Leigh, who was alongside him all the way as he came through the ranks as a young No 8 at Dunvant RFC.

“He coached me from when I started at under-sevens all the way up to under-16s,” he said. “He was Dunvant senior coach at the time when I started playing, but then after a few years he became Tata Steel coach and he was there for 10 years.

“But he kept doing my boys as well. He was a bit mad on the phone.

“There were a couple of missed calls by the time I’d even got back to the changing rooms. He was just chuffed for me.

“He’s backed me through the journey I’ve had at every level. Even at points where my head’s been down a little bit, he’s given me a kick up the backside and kept me pushing forward.”