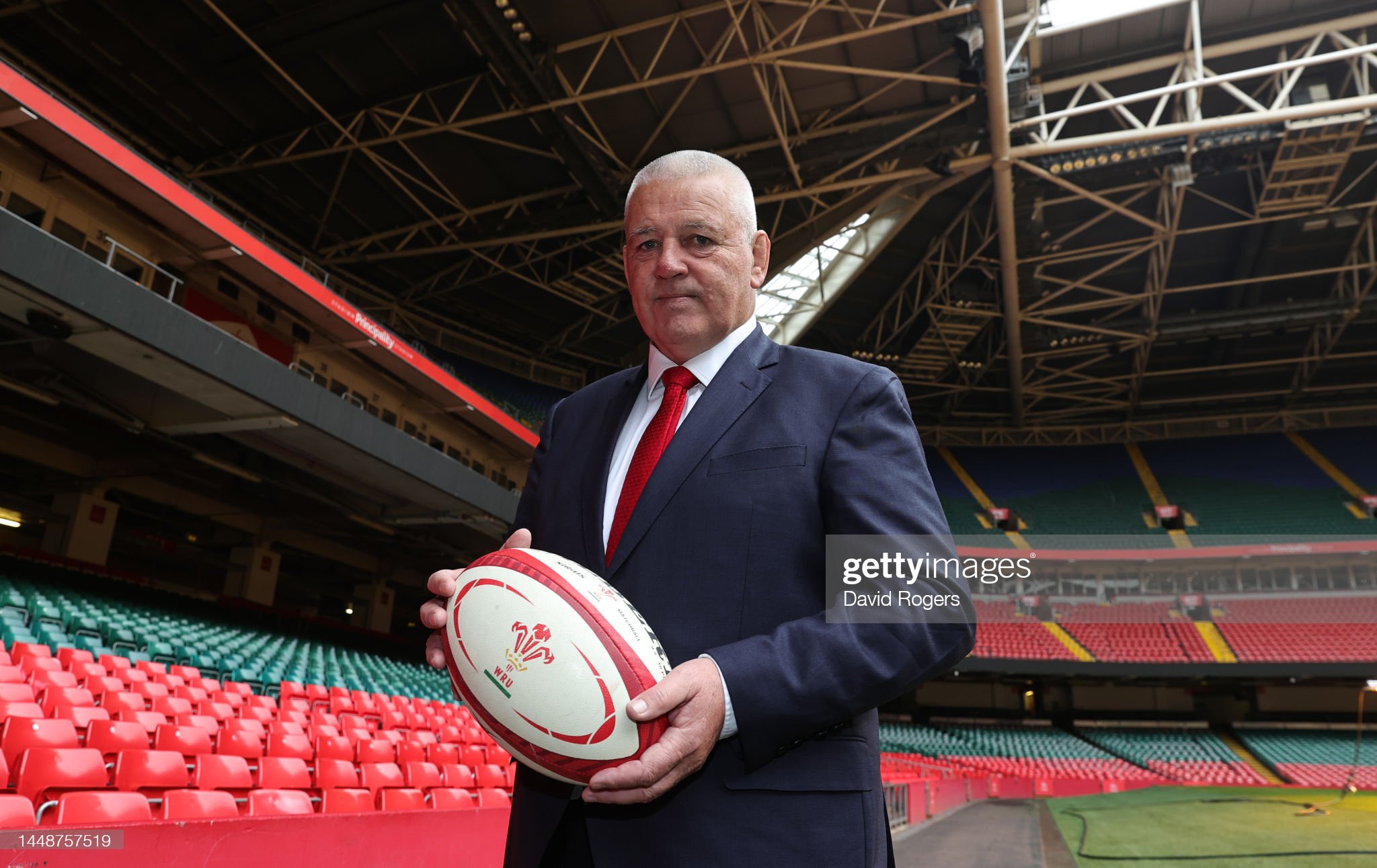 Warren Gatland insists he is looking forward to locking horns with Eddie Jones again at this year’s World Cup – although he admits he was shocked to hear their reunion will be so sudden.

Gatland enjoyed some memorable skirmishes with Jones around Wales v England clashes in the past and the two men are now in line to clash again when Gatland’s Wales and Australia’s Jones confront each other in the pool stages in France.

Jones was recently named as Australia’s new head coach and Gatland said: “I’m sure he’ll bring his own unique style into that role.

“It was quite a shock they removed Dave Rennie so quickly and appointed Eddie but they feel he can come in and do a job. It’s definitely something to look forward to.”

Gatland has admitted an ageing Wales squad – with 12 players over the age of 30 in his Six Nations group – should have been pruned earlier, but suggested it is now too late for that process before the two gig tournaments of 2023.

He has tried to inject new blood with new caps, but has revealed one key young player – Gloucester’s flying winger Louis Rees-Zammit – will not be available until the game against England in Cardiff on 25 February.

Number of players from each region in Gatland’s squad:

Nicky Smith’s omission is puzzling for me.

Delighted for Owen Williams, Dane Blacker and Sam Costelow could count themselves unlucky.

“I spoke to a lot of people who rated him really highly not just as a rugby coach, but as a person.”

Those appointments came after the Welsh Rugby Union’s decision not to re-employ Rob Howley as an assistant coach.

In the lead up to the last Rugby World Cup, it was revealed that Howley had placed 363 bets on the outcome of rugby matches in violation of the sport’s regulations, leading to his forced resignation.

Gatland, who returned to his post as head coach following the dismissal of Wayne Pivac, had hoped to bring Howley back onto his coaching staff, but the proposal was blocked by the WRU.

“You’d like to think that if anyone was going to be forgiving it would be the Welsh forgiving their own,” said Gatland, who has named a 37-man squad for the Six Nations and appointed Ken Owens as captain.

At 37-strong, Gatland’s Wales squad is slightly bigger than expected. Has given him the scope to choose five centres and five locks, including two uncapped players in each category. Keiran Williams & Rhys Davies the best chances of being involved v Ireland.

“It’s been over three years now but that’s not the case at the moment. I suppose the information given to me was that the timing wasn’t right.”

Howley has since revealed that he was suffering from stress caused by serious family issues at the time and that he actually lost £4,000 from placing bets on games, some of which involved Wales.

Gatland, who remains a strong supporter of Howley, is optimistic that his friend will return to the game in the UK.

“I would have loved to have had Rob. Hopefully he will continue to be involved in rugby. He’s been involved with Canada and he’s had the backing of World Rugby who have been funding that position.

“I just think I’d like to see him involved at the highest possible level again in the future.”

Gatland’s current focus is on building a competitive Welsh team ahead of the team’s opening championship match against Ireland in Cardiff.

🔥 Your Welsh squad for the @SixNationsRugby

Wyn Jones, Dewi Lake, and Liam Williams, who all missed the autumn Tests, have been included in the squad, along with recalls for Leon Brown, Rhys Carré, Rhys Patchell, Aaron Wainwright, Rhys Webb, and Owen Williams.

Gatland stated that he considered naming a younger captain for the longer term but ultimately chose to stick with the experienced Owens, who has earned 86 caps for his country.

Gatland is also confident in Wales’ Six Nations prospects, saying, “I’m positive we’ll compete extremely well in the Six Nations. I’m incredibly competitive and I’ll do whatever it takes to get this team to a position where they can compete with the best sides in the world.

“That will take some time, but I can guarantee we’ll work extremely hard over the next couple of weeks. I’m excited about it but I’m well aware there are some challenges ahead.”

The first match against Ireland in Cardiff on February 4th will be a tough challenge, but Gatland believes Wales should not be underestimated.

“I wouldn’t be sitting here if I didn’t think there was a chance. I couldn’t think of any better time to get them than in the first game of the Six Nations, because that is sometimes the hardest one. You can potentially catch teams a little bit cold.”