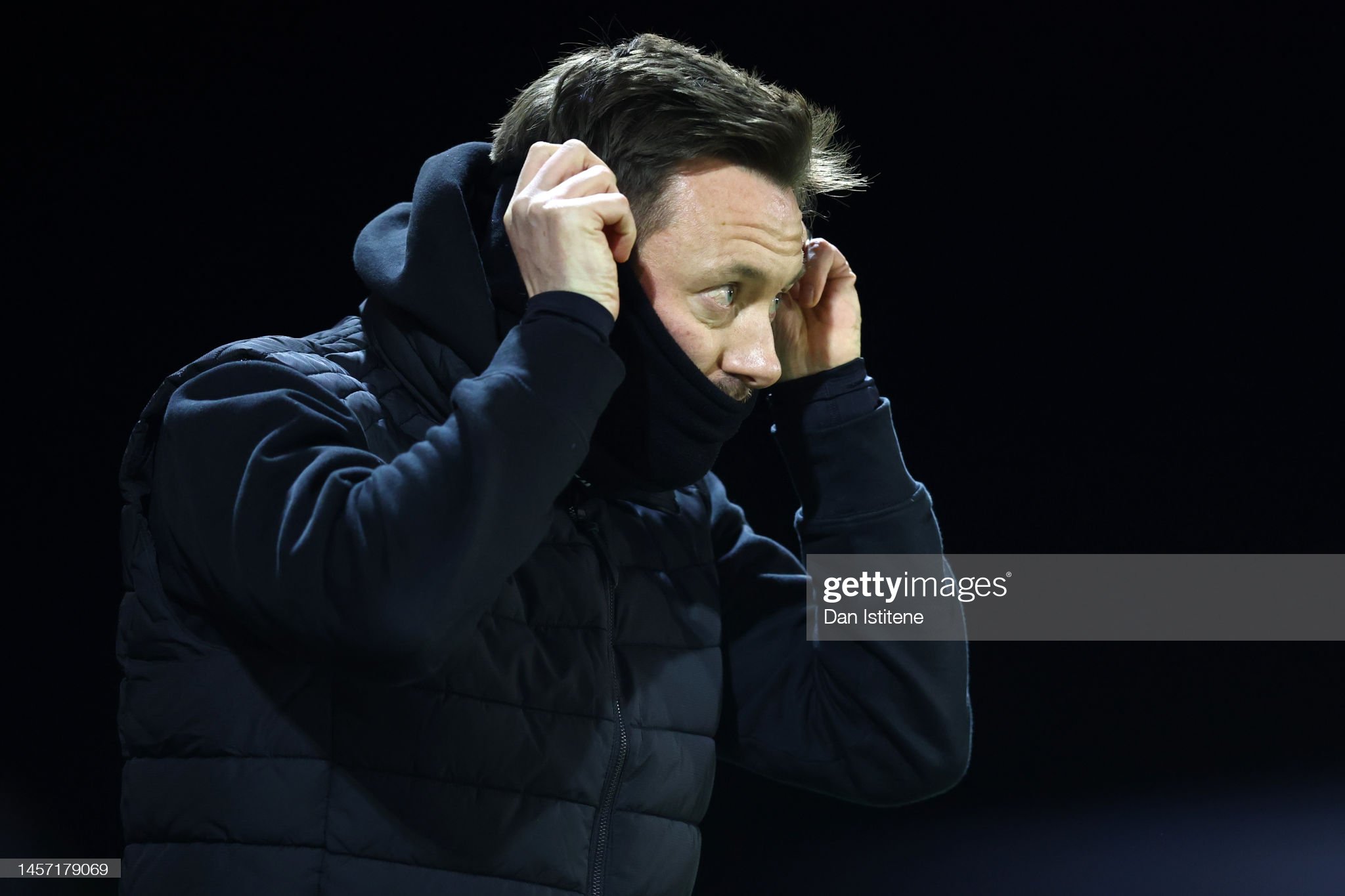 Russell Martin has told Swansea City not to waste their money on players who won’t make a difference.

The Swans head coach has grown frustrated at the club’s lack of activity in the transfer window but insists they avoid the trap of signing sub-standard players near the deadline.

Speaking after the Swans had crashed out of the FA Cup after a 2-1 extra time defeat at home to Bristol City in a third round replay, Martin insisted adding players who cannot improve the starting team is a mistake the club have made in the past.

“Since I’ve been here, we’ve done a lot of deals late on in transfer windows, but we have to avoid some of the deals we’ve done previously. We have to be really careful about that,” he said.

“We’ve ended up making signings that bolster the squad but don’t impact the starting 11. I don’t think it reflects very well on us or the player. I think we’ve done too many of them.

“If we’re going to sign people, they need to really make an impact and really change the dynamic of the squad.”

Three players have left the club in the window so far, while both Michael Obafemi and Jamie Paterson look destined to follow.

Thank you to Russell Martin for wearing his new Swans DSA sweatshirt at the game tonight! pic.twitter.com/X682YpeivI

But Martin has been unable to seal any deals for new faces and admitted there is nothing imminent in the pipeline with the transfer window due to close in 13 days’ time.

Asked if any deals were close, he said: “Not at the minute.

“I think we’ve known since the summer, but we couldn’t quite identify and get the right people in the building. Targets come and go, things change a lot very quickly.

“I don’t see anything happening or changing imminently. January, sometimes, a lot kicks off very late.

“I’d have loved a new face in by now, just to help the guys and give everyone a boost, but I think every manager would say the same thing, you’d like to do our business early.

Martin admitted his team paid the price for failing to convert their long periods of dominance into attempts on goal against the Robins.

Sam Bell scored a superb winner nine minutes from the end of extra time to take Bristol City into the fourth round.

Swansea City are out of the FA Cup after a 2-1 home defeat to Bristol City in last night’s third round replay #CapitalReports pic.twitter.com/XPdV9PhOzV

The Robins substitute cut in from the left and fired past Andy Fisher in the Swansea goal to settle the replay and reward his club with a home tie against West Bromwich Albion.

Mark Sykes had put Bristol City ahead against the run of play with a composed finish after a slick move just past the hour mark.

It was Sykes’ third goal in two games, but Swansea substitute Ollie Cooper levelled the scores in the 73rd minute just seconds after coming on.

Cooper stabbed home a cross by Matt Grimes, but neither side were able to find a further goal inside 90 minutes.

“I feel like it’s the same sort of answer I’ve given you a lot of times. We need more in the final third. They had so little until they scored.

I get why as fans we like Russell Martin as the manager, he fits, when it works it’s great to watch, but I have never seen a manager learn so little from previous displays. Also, his transfers are generally awful. Anyway, back to Law.

“I was really pleased with the performance, we made seven changes, the game didn’t look any different, we were so dominant.

“We needed to show more for the dominance. We give away a poor goal in the middle of the pitch.

Bell showed pace and power to cut in from the left and fire a shot past Fisher to make it five matches unbeaten for Pearson’s side.

“I’m pleased because it was a tough game and it’s great to get into the next round,” said Pearson.

“It was a super goal and great finish by Sam Bell – a fabulous way to win the game.

“But all our substitutes had an impact on the game. We knew we would get opportunities and it was down to whether we could dig in and take them.

“The league is obviously the most important thing but we want to build some kind of momentum.”