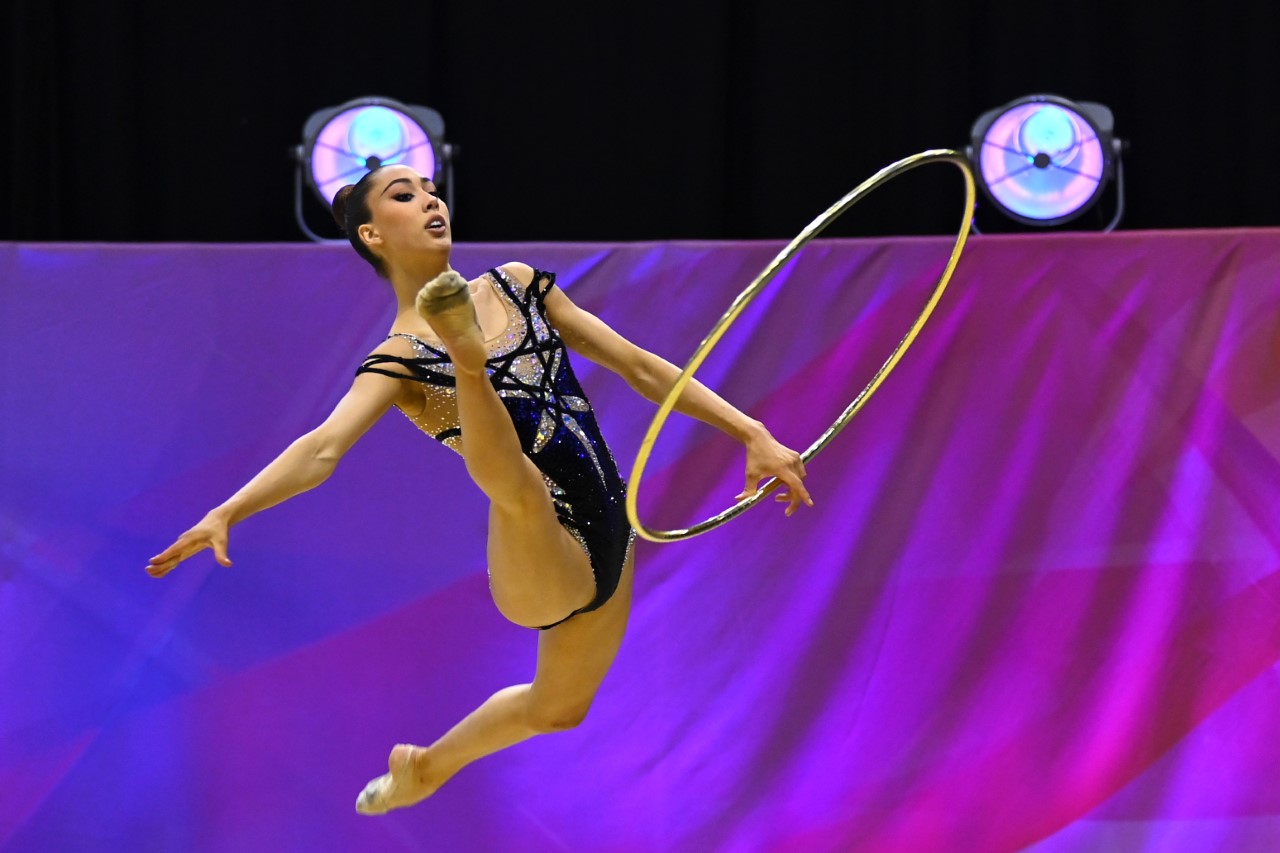 Gemma Frizelle bagged herself two medals at the 2022 Rhythmic British Championships in Telford over the weekend as she continues to build towards this summer’s Commonwealth Games.

The 24-year-old, who is bidding to secure herself a Team Wales spot for a second successive Games, qualified for three of the four senior individual apparatus finals and medalled in two of those.

Frizelle will defend her Welsh title in Cardiff over the weekend of 4/5 June as selection for Birmingham draws closer.

Congratulations to our #B2022 Long List gymnasts Gemma Frizelle who won 2️⃣ medals at the #2022British apparatus finals..

“And whilst there were a lot of positives from our Commonwealth long list gymnasts, we know there is still lots of work to do to improve and be in the best place possible for Birmingham.

“But I am sure both the gymnasts and coaches are up for the challenge.”

Last weekend’s event at Telford International Centre saw the return of the showpiece rhythmic event on the domestic calendar for the first time since 2019.

The senior trio were among eight Welsh gymnasts – all attached to Llanelli Rhythmic Gymnastics Academy – competing across two days of competition.

They returned with nine medals in total across the age groups, including gold for newly-crowned British junior all-around champion Eirlys Jones.

The junior competition was closely contested, with 15-year-old Jones’ all-around score of 93.400 securing her top spot on the podium after producing several brilliant routines.

In addition to her all-around title, Jones bagged hoop gold, winning with a score of 25.250.

In the under 12 competition, Imogen Coslett secured silver with clubs and in the U10s there were two medals apiece for Bonnie-Lee Williams (bronze with ball and hoop) and Grace Woods (silver in free and hoop).

“It was great to see the return of the Rhythmic British Championships following a two-year break due to the COVID-19 pandemic,” added Coombs.

“The young gymnasts’ potential shows the discipline is in a good place for the future, with a superb result from Eirlys in the junior age group in what was a very strong field of gymnasts.”