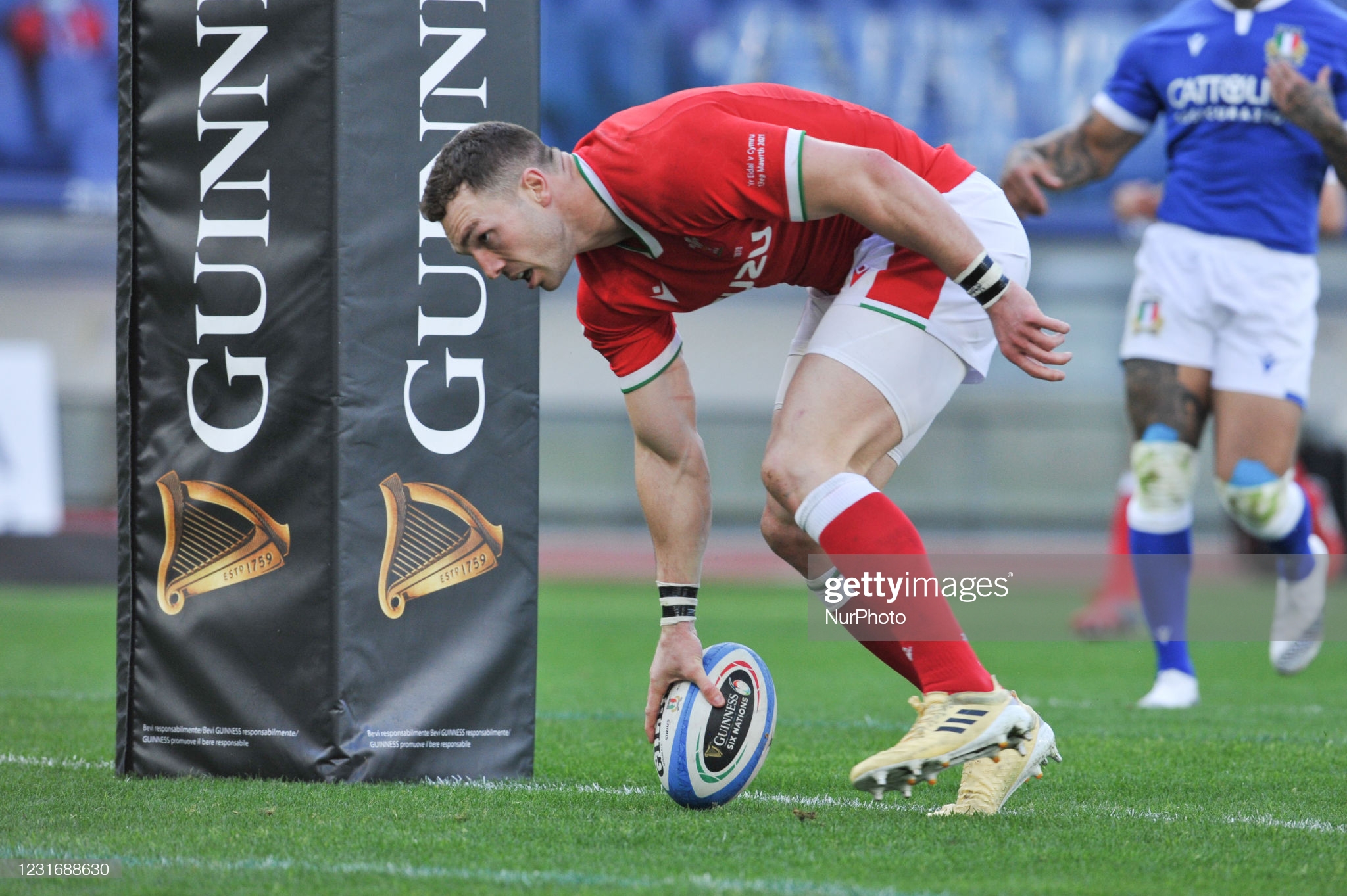 George North insists Wales can cope with the sharp end of the Six Nations this weekend and make sure it’s France who get a poke in the eye in Paris.

The two countries clash in the final scheduled weekend of the tournament with another Grand Slam on the line for Wales, but with France still capable of going on to claim the title if they deny Wayne Pivac’s men.

“We are at the pointy end of the stick now,” said North, who drew level with Shane Williams’ Wales record mark of 22 Six Nations touchdowns at the Stadio Olimpico in the 48-7 win over Italy.

“This is what all the work comes down to, and this is why we play this game.”

It is familiar territory for many of the squad as Wales target a sixth Six Nations crown and fifth clean sweep.

Wales have already won more Six Nations Grand Slams than any other country, but a first under head coach Wayne Pivac is now the aim.

The demolition of Italy – it equalled Wales’ biggest win in Rome – saw Pivac’s team match their Six Nations-best of 17 tries in one campaign set during the 2005 and 2016 tournaments.

They also know what it takes to triumph at Stade de France, having beaten Les Bleus there in three of the last four Six Nations meetings.

“I think our preparation from a squad and coaching perspective, and the whole package, has been excellent.

“Plenty of us have been involved in Grand Slam weeks and big Test match weeks, and if you start trying to change it now, you are in panic stations.

“For us, I think we stick to what we know, we train at the intensity we do and we’ve got to be super-positive this week.”

Wales could still clinch the title with a losing bonus point next weekend, such has been their dominance of this season’s competition.

But a Grand Slam would complete an impressive turnaround by Pivac’s squad, given that last year – his first at the helm after succeeding Warren Gatland – produced just three victories, against Italy twice and Georgia, from 10 starts.

“I think certainly after the autumn (Autumn Nations Cup) series there wasn’t much hype about us, which is always good because we like to be underdogs,” North added.

“I think the hard work the boys put in over the autumn series and the early part of the Six Nations is really coming true now.

“It has been a crazy year for everyone involved, from the autumn series to the performance (against Italy), and what we are playing for next Saturday.”

France’s narrow defeat against England at Twickenham ended their own Grand Slam hopes, but North expects a fierce examination from Les Bleus.

“We know we have to be ready,” he said. “We know how potent France are.

“We know what they are like physically, and we know a lot about their defence from a certain man (former Wales defence coach Shaun Edwards).

“Physicality-wise and defensively they have come on leaps and bounds, and the way they attack is really potent. We know in every aspect of our game we’ve got to make a step up.”