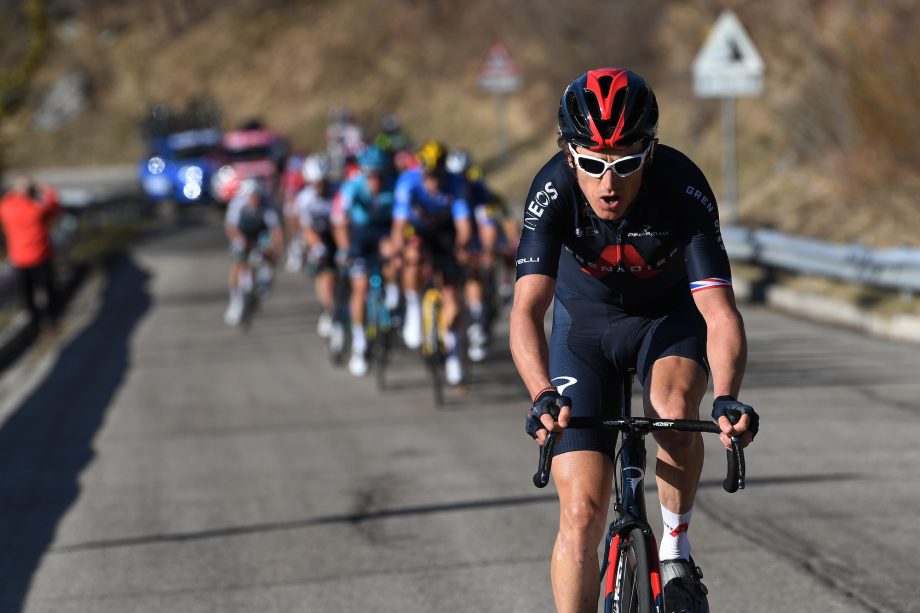 Geraint Thomas reckons his preparations for the Tour de France are right on track.

The Ineos Grenadiers rider went into today’s fifth stage of the Tirreno-Adriatico in Italy in 10th spot.

Thomas lost time on stage three after being caught behind a crash and dropped more time on Saturday after making an attack on the climb t the summit finish.

Nice to get stuck into the race today! I didn’t have the legs to finish it off, but better than expected. Bonus was finishing in time for the second half 🇮🇹 v 🏴󠁧󠁢󠁷󠁬󠁳󠁿 🤣👍

But Thomas – who is one minute 25 secs behind race leader and reigning Tour de France champ Tadej Pogacar – believes his preparations are looking good as he aims to regain the Yellow Jersey this summer.

“I’m better than I expected I would be here,” said Thomas, whose two previous races this year saw his finish 49th at the Etoile de Besseges and 26th at the Tour du Var.

“In January I was just sort of riding around Gran Canaria, getting the hours in, not too much intensity.

“So I’ve already moved on a lot this past month and it’s nice just to be in the mix and just race a bit differently.

“I’m happy with where I’m at, on track for July really.”