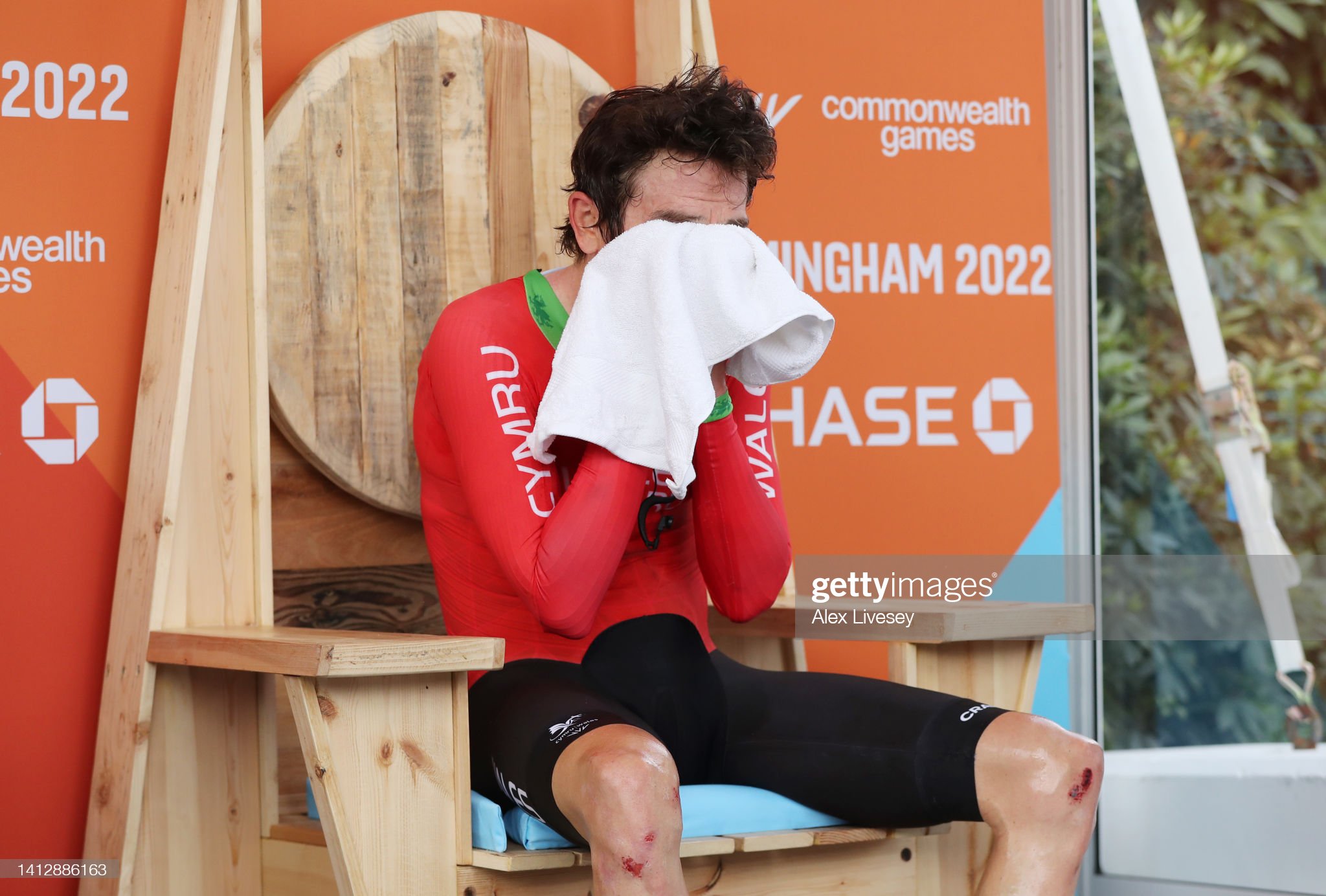 BIRMINGHAM – Comments from Geraint THOMAS (WAL) after taking bronze in the men’s individual time trial at West Park on Thursday.

“I just went into the corner a bit too hot. Only myself to blame. I went at it too hard after that, with the adrenaline.

“I did a recon ride, but that was in traffic with no barriers up. So it was pretty pointless really.

“I was thinking it was a sweeping left and suddenly it was barriers with a leg sticking out and ‘oh s***’. I almost avoided them but I didn’t, did I.

“It’s not just the actual time you’re on the floor and not moving. My brake was bent and the gear thing was off.

Well, that didn’t go to plan… 🤦‍♂️ Not my day out there. Sorry I couldn’t bring home the Gold @TeamWales. Let’s see what we can do in the road race. Chapeau Rohan & @fred_wright0 👏 pic.twitter.com/JmggqdHxx9

“Sometimes it’s bad luck, but today I’ll take it on the chin and say it was my fault.

“It’s frustrating, but to still come away with a medal is satisfying. I had good support out there and even though we’re in England it felt like a home Games.”

On what he was thinking after crash:

“Not sure I can say really, a lot of expletives.”

On his Commonwealth Games experience:

“They call them the Friendly Games. It’s good to mix with all sorts of different nations. No disrespect, but some nations I’ve never even heard of.”

On the road race on 7 August with Mark CAVENDISH (IOM) favourite:

“Once we start it won’t be friendly at all. Cav has got a strong team around him and it’s a good course for him. It is going to be a war of attrition.”