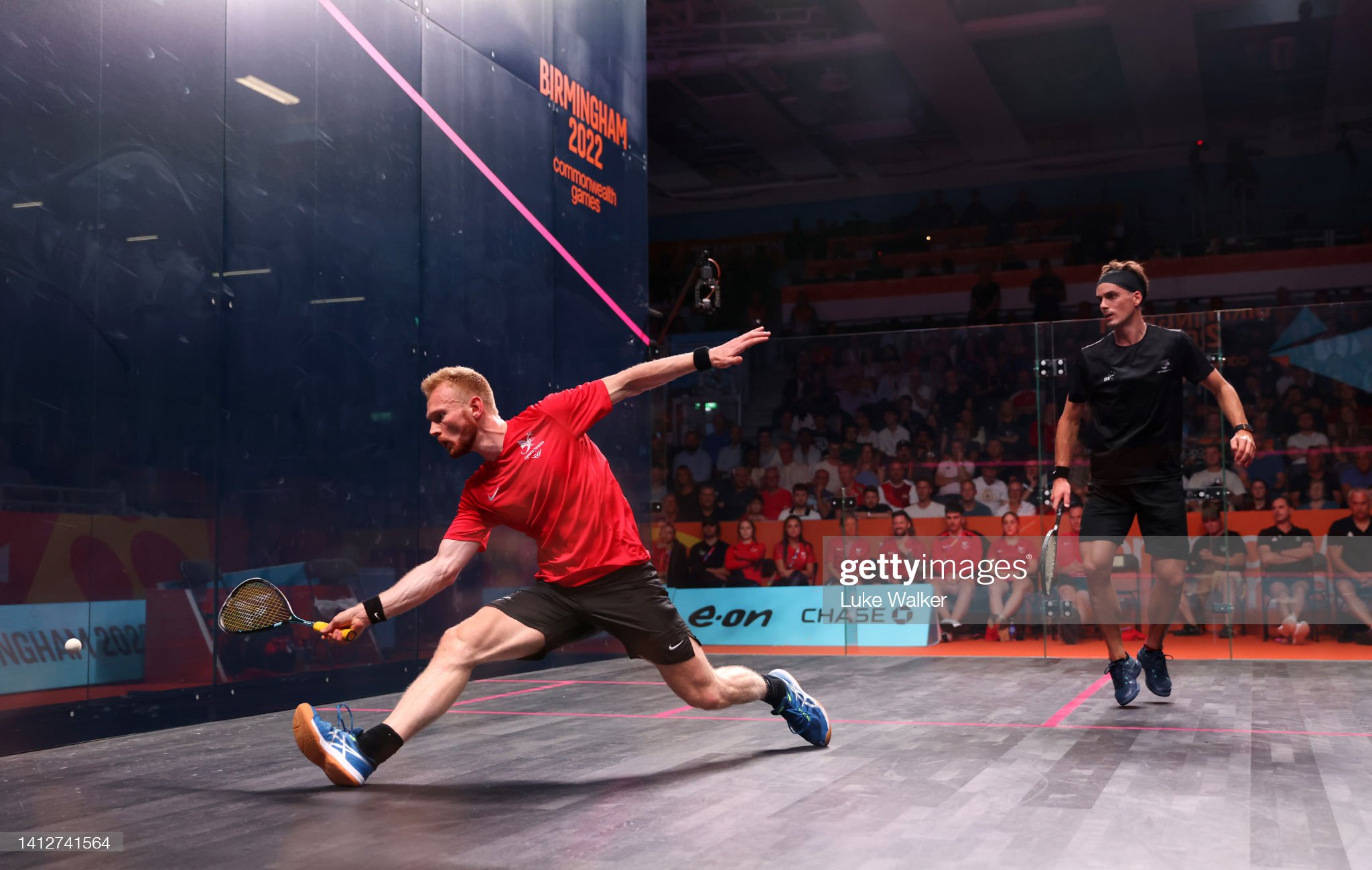 Joel Makin made history, becoming the first Welsh person to reach the squash final at the Commonwealth Games.

Makin was defeated 3-2 against world number two Paul Coll from New Zealand. Makin went 4-0 up in the first set of the match. The 27-year-old from Abadere was clearly in the ascendancy early in the match and used his physicality to break down Coll.

Makin came into the match against the world number two as the slight underdog, given that Coll had won the British Open in April.

Makin went 1-0 and 2-1 up in sets, but Coll continued to fight back. It was a feast of quality squash with Makin and Coll trading points throughout the game making for a tense finale.

I know @JoelMakin will not be happy or settle for this but what a performance this evening and one to be extremely proud of👍👍 bright future ahead. Congrats to @paulcollsquash on winning Gold pic.twitter.com/u86JbzaA4S

No player really gained the ascendency, but early in the fourth and fifth sets Coll was able to build an early lead, which was always going to be difficult to come back from.

Makin continued to fight to the very end, but Coll proved too much, pipping the final set 11-7 to win the game 3-2.

The 27-year-old Welshman has seen a remarkable rise in the squash world. Having come fourth on the Gold Coast in 2018, Makin won his first British National Championship in 2021, before claiming a PSA Silver Event title in Manchester in 2022, beating the great Mohamed El Shorbagy in the final.

Makin made history over the past week, producing Wales’ best finish in squash. With a bronze from Tesni Evans at the last games in the Gold Coast, Welsh squash is likely to be riding the wave of Welsh support following Makin’s excellent exploits here in Birmingham.

“I haven’t played in an atmosphere like that before, it was amazing. The support has been massive from back home and from everyone here. It couldn’t have been better for me this week. I have had a great run and gave everything,” said Makin.

“It is big for the sport in Wales. It shows people what can be done. I wasn’t a particularly high ranked junior coming through. There’s probably a lot of junior’s who are in a similar position as I was.

“If you want to do it, it is going to take a lot of time and a lot of hard work but hopefully I’ve shown it can be done.

“I saw what Tesni’s (Evans) achievement done for the sport last time around and what she has been doing over the past few years has been fantastic, everyone got behind her so well.

“It gives the sport such a boost, so to continue that is great and yeah hopefully they enjoyed the tournament and I hope it gives people belief, they can do it too.”

Makin places himself in the history books and he is hopeful that his performance will help inspire the next generation after building on Tesni Evans’ success in the previous games in the Gold Coast.

Joel Makin loses out to Paul Coll in the final set 2-3.

What a match!! What an effort! Makin took it right to the wire!

The 27-year-old said: “It is massive for Welsh squash I think. I knew the significance of it. I’ve moved up here to Birmingham so I’ve been at home and everyone from Wales has just given me so much support.

“As the first finalist for Wales, there are tons of positives there for us and I’m sure they will come forward in the next couple of weeks.

“We compete around the world all the time, so we are constantly representing Wales, but these ones are a little bit different. The games come around so irregularly, that’s why there is so much pressure in the first couple of rounds.

“There is a lot of pride in representing Wales at the Commonwealth Games. None of the games are straightforward, it is a snapshot of the form everyone is in every four years.

It is all about battling to get to this stage and then you use your quality in the final stages.”

Joel Makin claims the silver in the men’s singles squash!

“I’m sure my parents want to have my silver medal back home, so I’ll probably take it back there, I’m sure they will enjoy that! I just want to go and see them and everyone else too.”

Makin deservedly picked up the silver medal after a fantastic tournament. He will be understandably deflated in the coming hours, but that doesn’t take away from how big an achievement it is.

“I outplayed him for parts of that match, but his quality came through at the end and won him a few crucial games.

The game was always going to be tight with the top two seeds competing for the gold medal and the game went down to the wire.

“We were both feeling it in the fifth, but we can push through those kinds of situations. Paul took his chances and he was quality.

Squash is bouncing back! 🎾

Thanks to inspirational coaching, backed by the Be Active Wales Fund, @MerthyrSquash is the perfect example of a community club that's thriving.

“He was that little bit better at the start of the fourth and fifth and that was what the difference was really. It was difficult to come back from those kinds of leads.

“I took my chances, I was aggressive out there. Paul played at such a high level at the starts of the fourth and the fifth sets and it was always difficult to come back against such a good player. Fair play to him, I thought it was a high quality match.

“I am going to come back and try and do it again. Me and Paul have had some tight matches and this was another one. But he has been number one this year for a reason. He has been the most consistent player.

“I just came short at the end but it has been brilliant playing in Birmingham all week. All the clubs have been behind me and my family friends were here. I couldn’t have asked for more support.

Makin will continue his quest for that illustrious gold medal alongside Tesni Evans in the mixed doubles event in Birmingham.