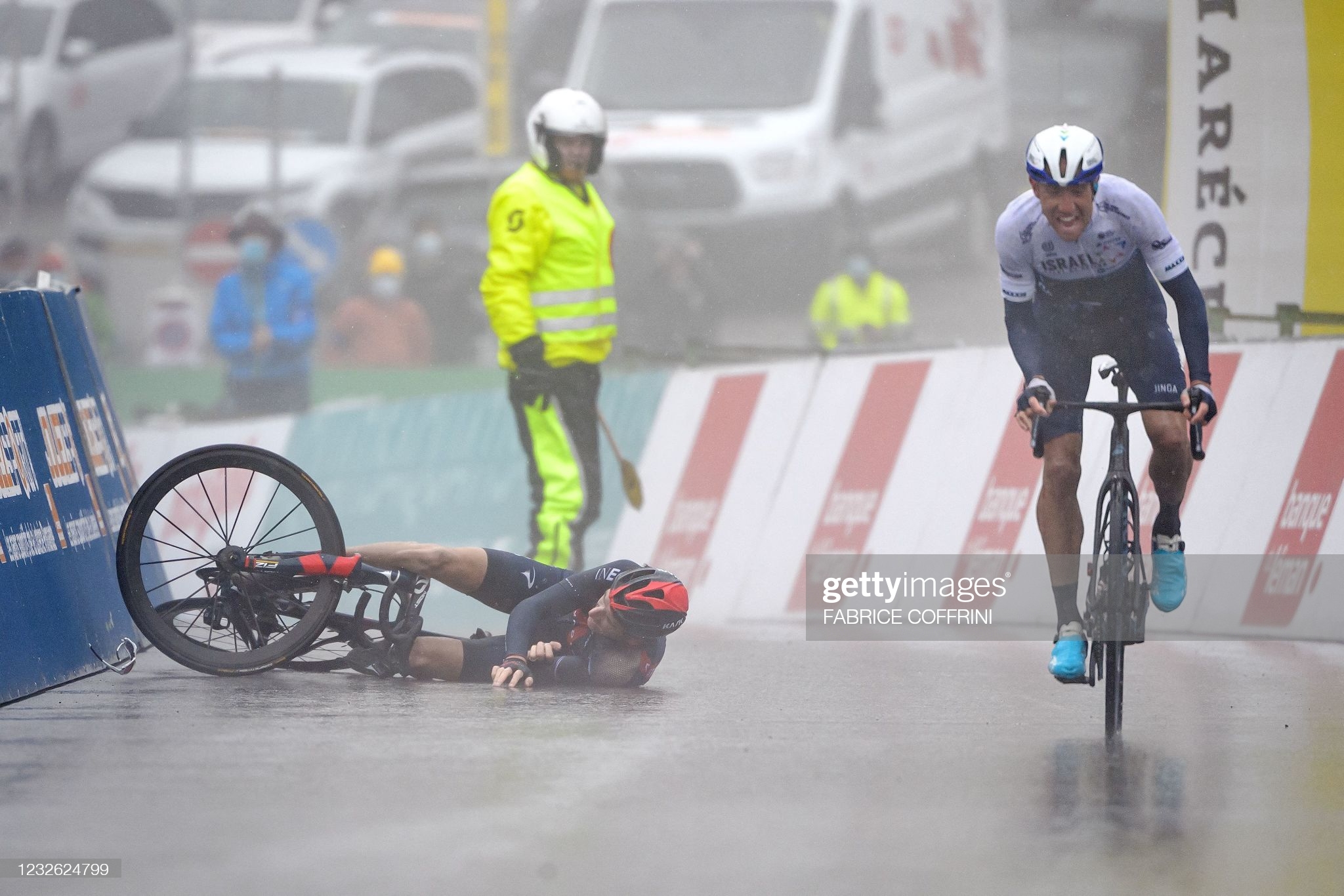 Geraint Thomas is poised to claim victory on the Tour de Romandie on Sunday and quickly banish the memories of his nasty crash on the penultimate stage.

The Cardiff-born rider looked set for his first stage win since the 2018 Tour de France until he hit the deck around 50 metres from the finish line on a raid-lashed road in Switzerland.

Thomas would have taken the overall race lead had he stayed upright, but will be expected to overturn his 11 seconds deficit to Michael Woods on Sunday’s 16km time trial.

“I had no feeling whatsoever in my hands and I tried to change gear but instead I just lost the bars,” Thomas told Cycling Pro afterwards.

“It’s so frustrating because even if I had just stayed in that gear and came second place … but to deck it there, I feel like a right whopper.

“I’m fine, it’s more about frustration of such a hard day and to lose time like that at the end, it’s really frustrating.

“I just want to get into a hot shower now. I just need to have a shower and settle down and not be so emotional… and then think about tomorrow.”

Wales’ cycling ace and Woods were battling for the stage spoils when the Ineos Grenadiers rider crashed as his bike suddenly snapped out of his control in the sodden conditions on the summit at Thyon 2000.

Thomas’ hand slipped from his handlebar as he rose from the saddle for the final sprint battle with the Canadian after the end of a gruelling day in the wet and misty conditions.

As he crumpled to the floor, Woods celebrated and while he gingerly picked himself back-up Ben O’Connor nipped past for second place.

Thomas finished 21 seconds behind with Woods also taking time bonuses to take the lead in the race by 11 seconds.

But the time trial hands Thomas a great opportunity to take the GC spoils and a perfect more boosted as he builds towards the Tour de France next month.