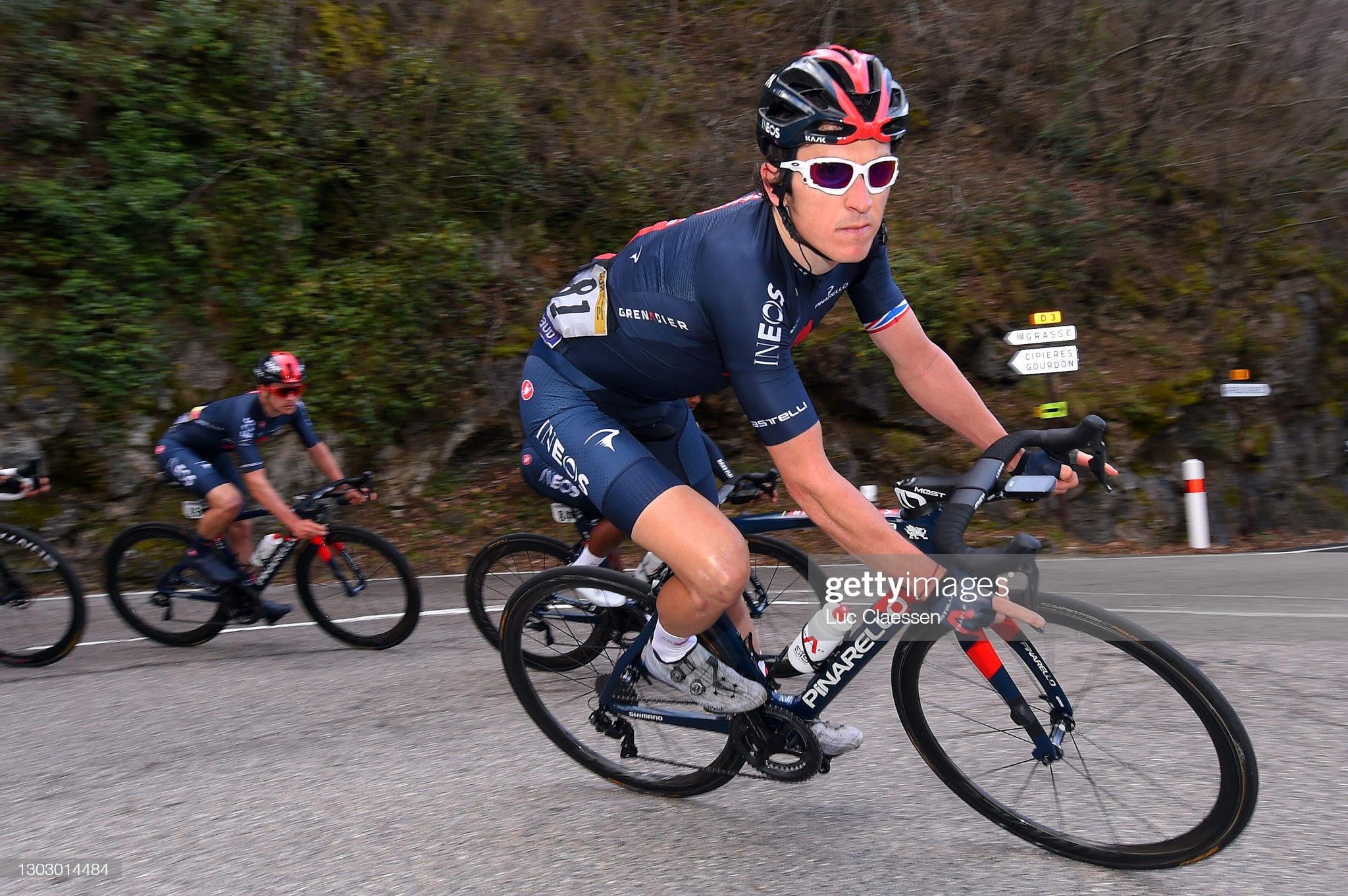 Geraint Thomas is in the mountains for the first time this year. Pic: Luc Claessen/Getty Images

Geraint Thomas is well in the hunt after the opening stage of the Tour du Var in France.

The 34-year-old finished just three seconds behind Bauke Mollema of Trek-Segafredo who won the opening stage of the three-day race at the summit finish in Gourdon.

Thomas, in his second outing of the season, rolled across the line among a big group of 25 riders in 22nd place after the 186.8km stage from Biot.

Dutchman Mollema beat Greg Van Avermaet (AG2R Citroën) and Valentin Madouas (Groupama-FDJ) to the line by two seconds with the pack including Thomas one second further back.

The opening day included three ascents of the finishing climb with more hills to come in the next two days.

Thomas, who finished 49th in his first race of the season which was also in France, was well to the front throughout the day.

The Ineos Grenadiers rider has been told he will lead the outfit at the Tour de France where he will be looking to regain the Yellow Jersey he won in 2018.

Mollema jumped clear on the final climb as the road kicked up to six per cent in the final 200 metres to seal the victory.