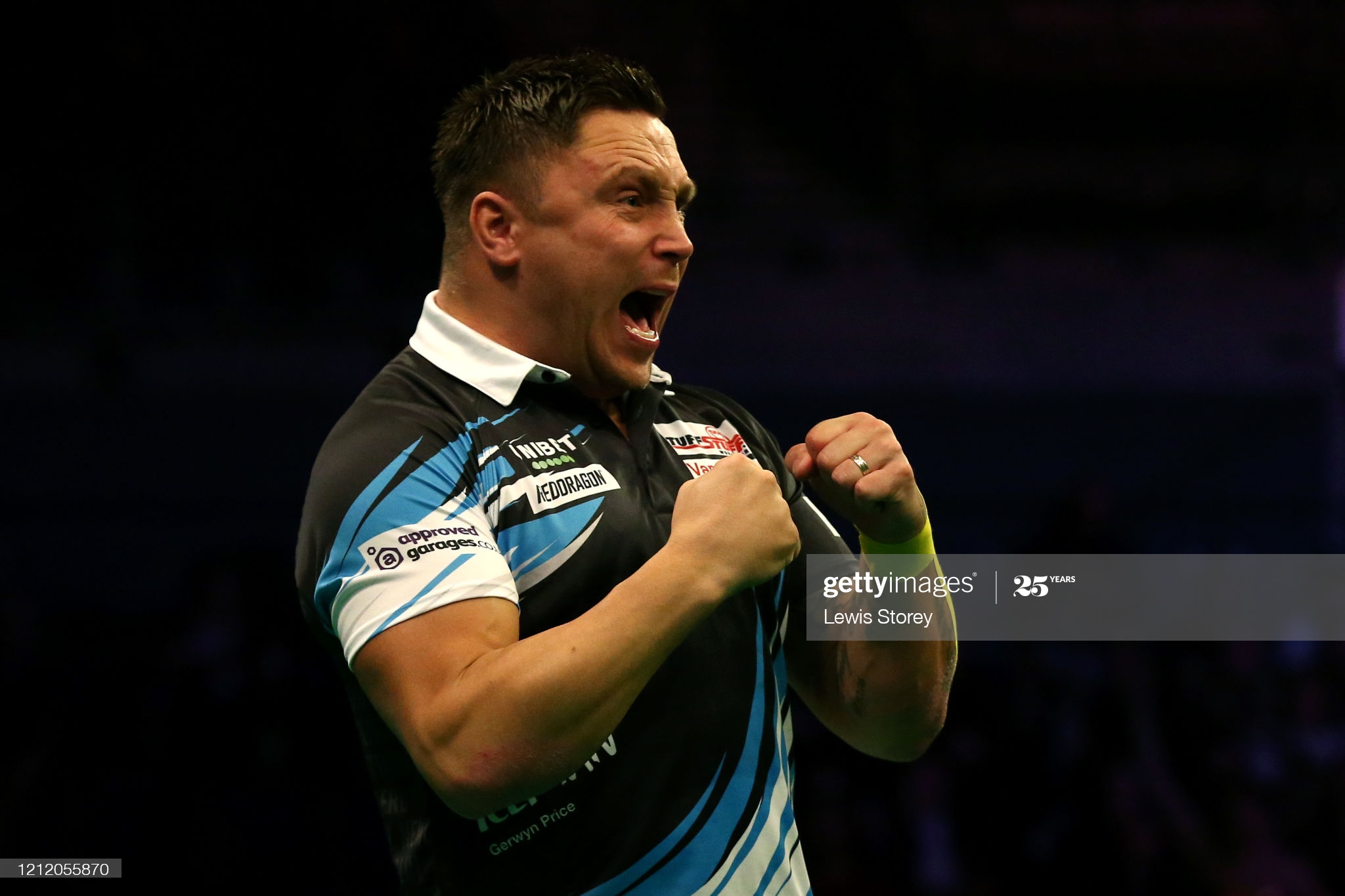 Gerwyn Price admitted he had to dig dip as he survived a match dart to keep his bid for a hat-trick of Grand Slam titles on track.

The Markham darter won the last three legs to beat Ryan Joyce as he was joined in the knock-out stages by fellow Welshman Jonny Clayton.

Price had won his first two games in Group G – surviving four match darts in the opener before beating Clayton – but still needed to beat Joyce to progress.

But despite finishes of 124 and 116, Price found himself 4-2 down and within one dart of bowing out of the tournament in a huge upset.

World No 3 Price, though, responded after his opponent missed that crucial dart to reach the last 16 at Coventry’s Ricoh Arena.

“I was up against it but I never gave up – I dug in deep and I thought I played well today,” said the Iceman.

“I bombed a few chances but I knew I had enough in the tank and I think I deserved to win.

“I knew Ryan was going to come and play well and he punished me when I missed a few doubles but I stuck in there until the end. In the last three legs I played well to come back.

“I could have lost all three games but I’m a little bit more experienced now and maybe that showed.”

Clayton joined his World Cup winning teammate in progressing from Group G with a 5-0 whitewash of Japan’s reigning women’s world champ Mikuru Suzuki who had had four match darts in her first match against Price.

“I’m so chuffed to get through that,” said the Pontyberem thrower. “It wasn’t easy but a 5 0 win is brilliant.

“I’ve been thinking about this game for two days and I wanted to get the win and go through. I’ve done the job and I’m happy to be in the next round.”