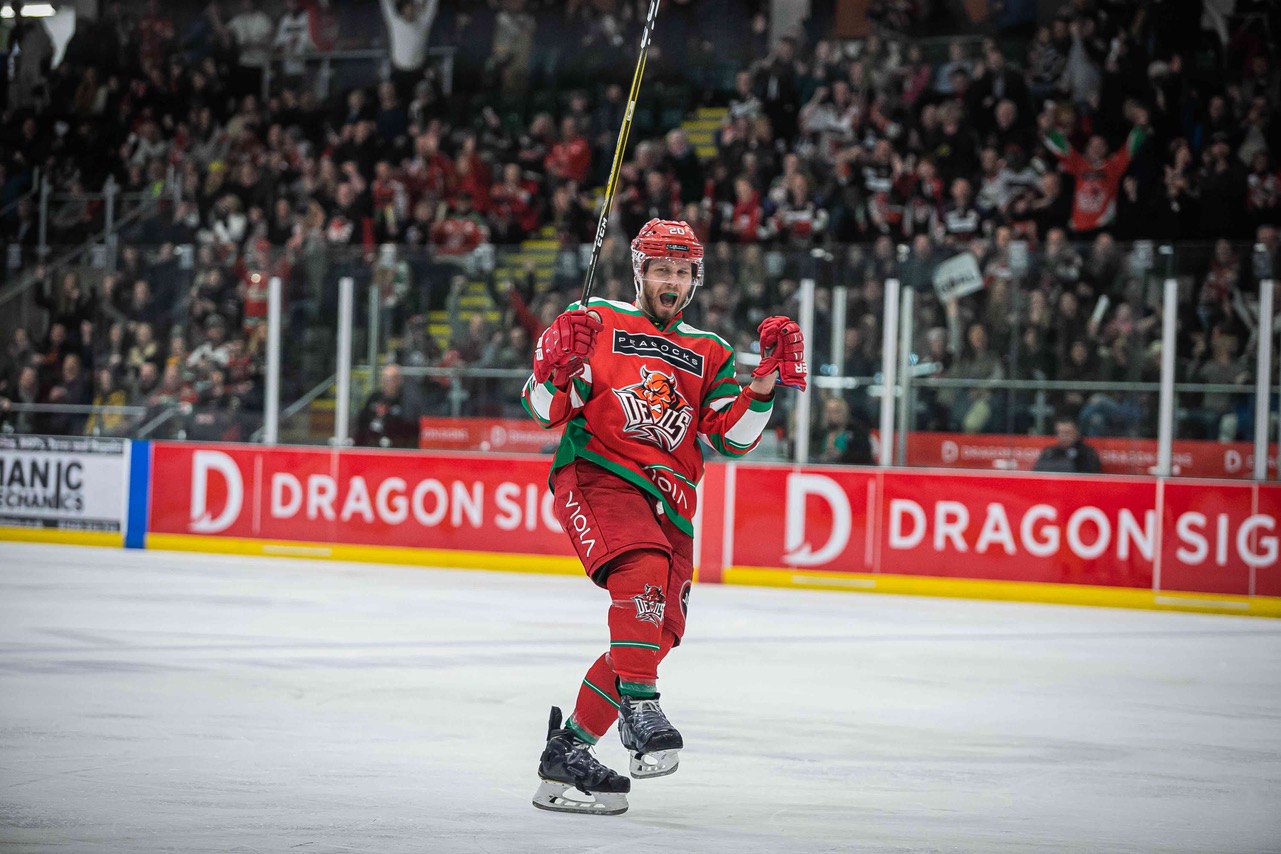 Gleason Fournier’s five season spell at Cardiff Devils is over as he moves to join Italian outfit HC Bolzano.

The defenceman leaves amid the continuing uncertainly when ice hockey will resume in Britain due to the coronavirus crisis.

Fournier leaves just weeks after skipper Joey Martin left – albeit, hopefully, only for one season – to play for Stavanger Oilers.

But the club have now lost coach Andrew Lord, his assistant Luke Piggott and top net minder Ben Bowns in the past few months giving whoever takes charge a huge task in rebuilding the squad.

It's been an incredible journey @devils_redarmy. Thanks to the owners, Todd, Lordo, the staff, the guys and the @cardiffdevils fans for all the memories. I've had the time of my life! I'm excited for this new chapter and to get things started with @HCB_Foxes. Let's play hockey.

“We were obviously planning to bring Gleason back next season, but with Covid-19 shutting down the league back in March, he decided to wait it out until we could confirm that our season was definitely going ahead,” said Managing Director Todd Kelman.

“When I told all the guys about the uncertainty surrounding the start date of our league, he started looking around seriously and got a few offers right away.”

“Fourns is an exceptional talent, probably the smoothest skater I have seen play in this league, and he combines that with outstanding offensive talent and solid defensive play.

“I’m glad we kept him for so long, but in these uncertain times I am definitely not surprised that he has been given the opportunity to move on.

“Everyone here at the Devils wants to see him succeed and we wish him well. He has been great for us for five seasons and we expect that same level of play to make him a fan favourite with his new club.”

Fournier has been the Elite League’s top defenceman in the league the past two seasons, being voted onto the First All-Star team for 2019-20 after leading all defenders in scoring for the second season in a row.

Fournier led all defencemen in league scoring in 2018-19 with 24 goals and 47 assists for 71 points and had played a huge role in the club’s league and cup successes in recent seasons.