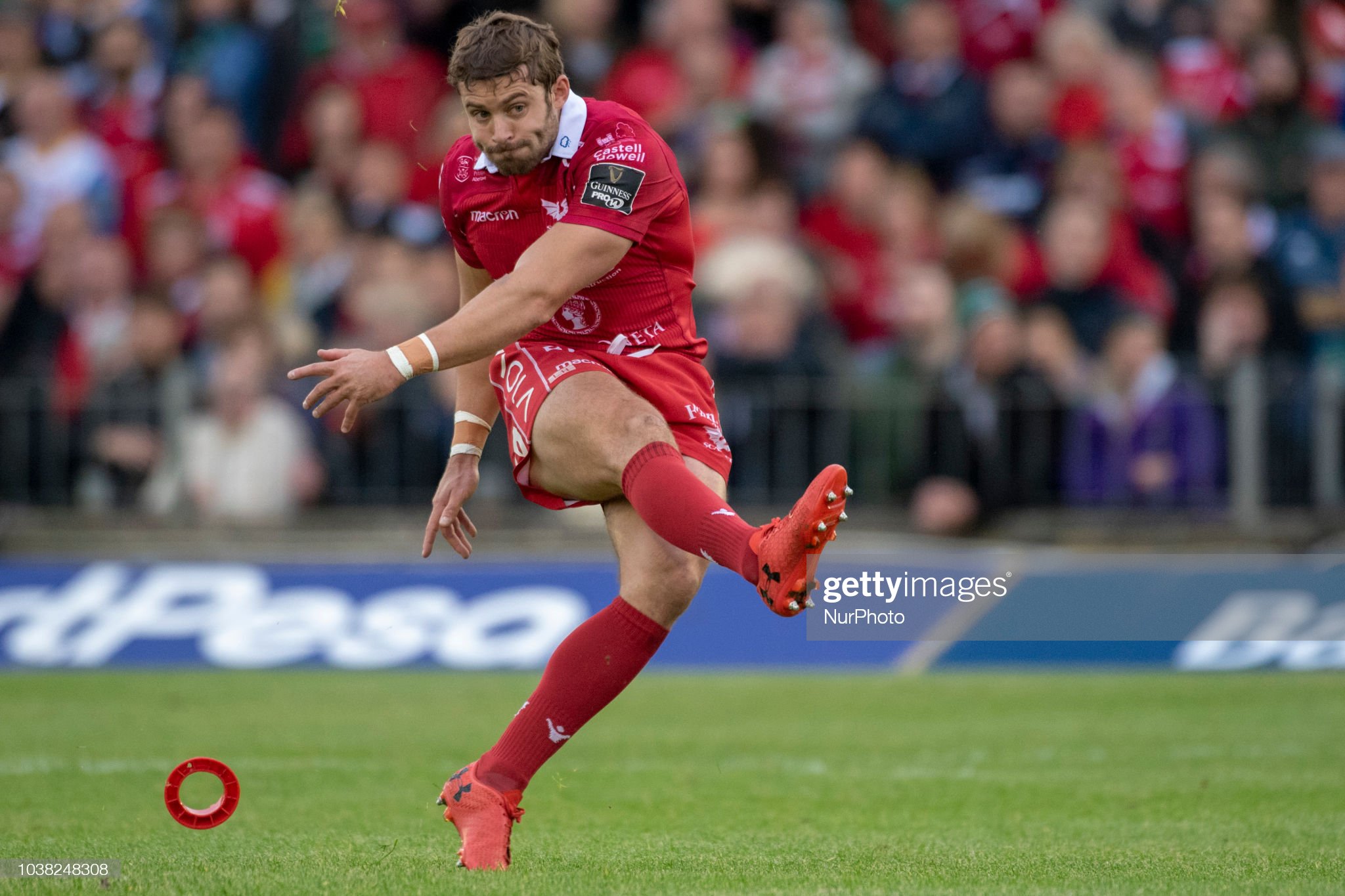 Glenn Delaney praised a record-breaking performance from Leigh Halfpenny but insists his Scarlets side must learn to close out games after suffering late heartbreak at the hands of Munster.

Halfpenny kicked 27 points with his nine penalties a Scarlets record in one game as the Wales and British & Irish Lions full back overtook the previous milestone jointly held by current Wales assistant coaches Stephen Jones and Byron Hayward.

But despite a sensational individual performance from the 31-year-old the Scarlets let slip a 14 point lead with a last-gasp Ben Healey penalty allowing Munster to snatch victory from the jaws of defeat after a converted try from replacement hooker Kevin O’Byrne a few minutes earlier giving them a 30-27 win.

“It was a superhuman effort from Halfpenny,” said Scarlets head coach Delaney.

“Whenever we attacked, we received a penalty and Leigh kicked nine of them. It just goes to show that, against a team like Munster, you’re going to get your chances.

Can we all take a moment to appreciate Leigh Halfpenny. World class defence in Toulon, kicked a record-breaking 9 penalties for the Scarlets today. He’ll end his career as one of the most committed players to ever pull on the Welsh shirt. And he’ll forever hate talking about it.

“We took every point that was given to us. I don’t think that I’ve come across anyone who works as hard as he does on his craft.

“It’s not by accident. A lot of hard work goes into it and that’s why he’s a world class performer.

“He’s a massive threat and it’s an issue for opposing head coaches. They’re on notice if they give penalties away, we have a guy that can convert them.

“What we have is a phenomenal goalkicker but I think his general rugby is of such a high quality too. It would be remiss to say that it’s just about his goal-kicking.”

This is a game the Scarlets should have won with their pack, led by the outstanding Blade Thomson, gaining the upper hand over Munster for the majority of the game. But the west Walians failed to create many try scoring opportunities and have failed to cross the whitewash in their last two competitive outings with the Irish province touching down three times.

What made it worse for the hosts was the fact Munster had to play the final 10 minutes with 14 men after the sending off of captain Peter O’Mahony for two yellow cards.

Delaney was predictably frustrated by the Scarlets’ inability to close out the game but insists he’s not worried at their lack of tries.

He said: “We gave up too many points at a key time and we didn’t manage the back end of the game well enough.

“I think the red card happened and perhaps that changed our focus. I think for us we got a little too enthusiastic.

“I’d like to think we’d done enough to close that one out. I think the pleasing thing is that 95% of what we are doing went really well today and that last period was sucker-punch which hurts a lot because we certainly felt we set the game up well enough to see it home.”