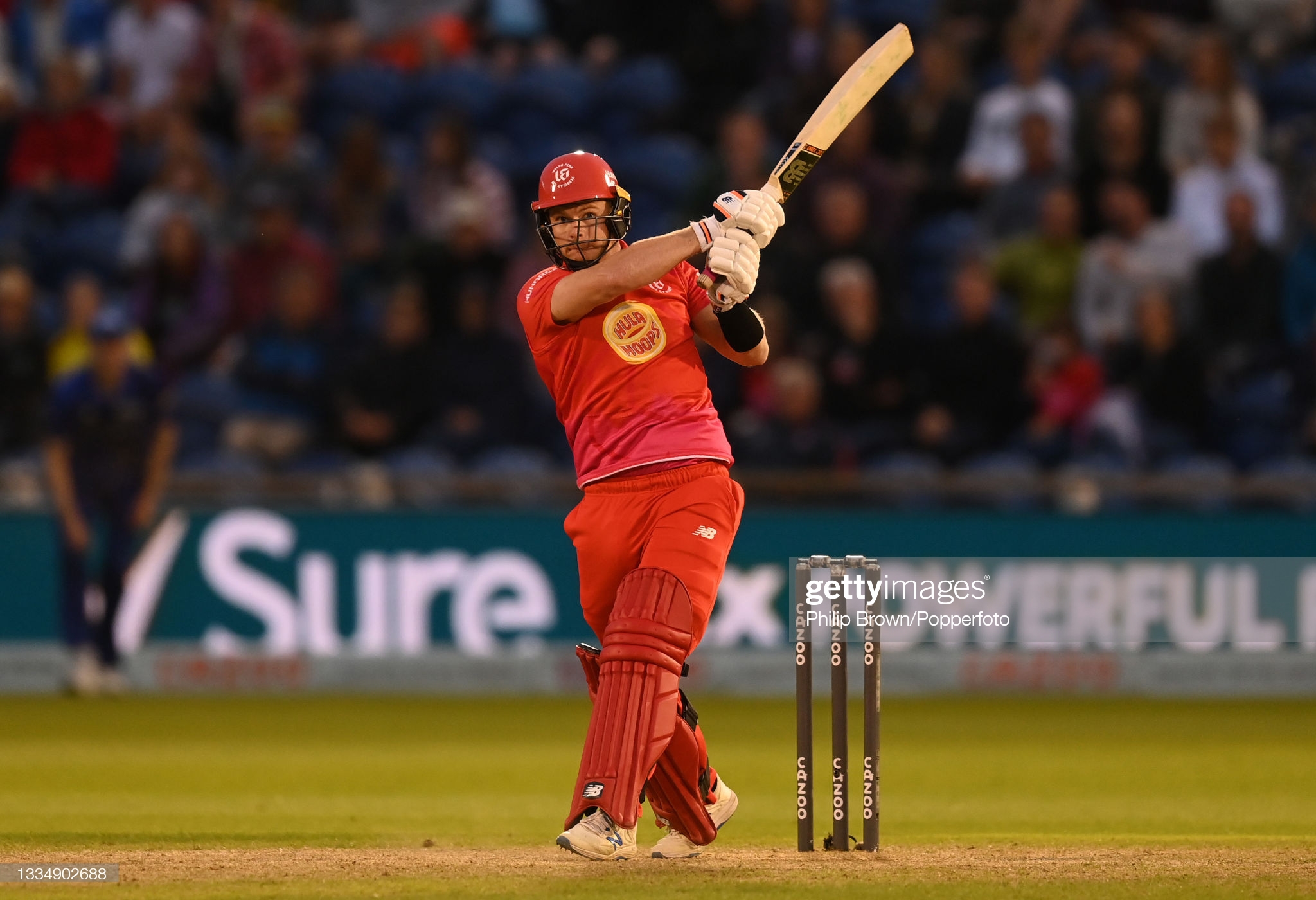 Glenn Phillips will relish the opportunity to be part of Welsh Fire if the big-hitting batsman is signed again next season.

The New Zealander smashed a magnificent 80 from 35 balls against London Spirit on Wednesday night and at one stage looked poised to become the first player in The Hundred to reach a century.

He didn’t quite make it in the end, but his destructive innings – that included seven sixes and five fours – paved the way for Welsh Fire to win by three wickets at Sophia Gardens with three balls to spare.

Phillips thought that the Cardiff crowd, with its unrestricted capacity, played its part in giving the Fire some extra oomph. At 9,261, this was the largest attendance at Sophia Gardens this tournament by a distance due to the recent relaxation of Covid restrictions in Wales.

“To be able to hear a crowd roar when you hit a ball a long way is always an epic feeling and something that you dream about each night,” said Phillips.

“To be able to have something come off and the crowd erupt and hear how the crowd were elated at the finish of the game with Qais (Ahmed) hitting the four and everyone going nuts was incredible.”

The Kiwi has relished his time at the Fire and has loved being involved in the Hundred.

“Cardiff has been absolutely lovely, the boys have been lovely and we’ve had a great team environment.

“Whether we’ve won or lost the boys have really got around each other.”

His contribution enabled Fire to round off their Hundred campaign with a victory in a blockbuster match in front of a close to capacity Cardiff crowd.

A win for the Fire meant they avoided the wooden spoon for the tournament and condemned the Spirit to a last place spot.

The victory was thanks to a phenomenal knock from Fire’s overseas batsman, Phillips.

Chasing Sprit’s total of 163-5, he looked at one stage as if he was closing in on the highest individual total of the tournament so far.

However, his innings eventually came to an end courtesy of a fine diving catch at deep midwicket by Mason Crane, but his ferocious hitting and rapid strike rate provided the perfect platform for his team to chase down Spirit’s highly competitive total.

It hasn’t been an ideal tournament with the bat for Phillips but he has more than shown what he’s made of in the latter stages of the Hundred.

“I think personally, I’d have liked to have done my job a bit more during the games in the middle said the New Zealander.

“As with any cricket player you have form slumps.

“I was just happy with how I managed to turn my tournament around at the end even though the start wasn’t exactly what I would have hoped for.

“It only takes one innings to make a tournament good or terrible.”

Phillips was disappointed he couldn’t be there at the end to hit the winning runs and thinks “it would have been nice to finish the game off.

“As far as chasing knocks go, that’s probably one of my better ones.

“I’ll try and learn as much as I can from how I went about it so I can take it forward into future games.”

Phillips was given a mammoth task when he came to the crease as two wickets fell inside to the first five balls but he didn’t let that affect the confidence with which he approached his innings and threw caution to the wind from the off.

“Me and Ducky (Ben Duckett) had spoke about just playing strong shots and I’ve been working on a couple of things in the nets to be able to try and combat what I thought these guys were going to try and bring today.

“When you’re in a position where you basically feel like, well, we’re going to lose this anyway we may as well just try and give it our best shot.

“The further you go, the more belief you have.”

London Spirit captain Eoin Morgan said: “I thought we had a really good score on a reasonable wicket and we started extremely well with the ball.

“But the way Glenn Phillips played was of a high-class international standard. It was the difference in the game and gave the game a shift in momentum.

“Winning is a habit and when you are winning and you get to the crucial moments, you nail them. We haven’t done that.”