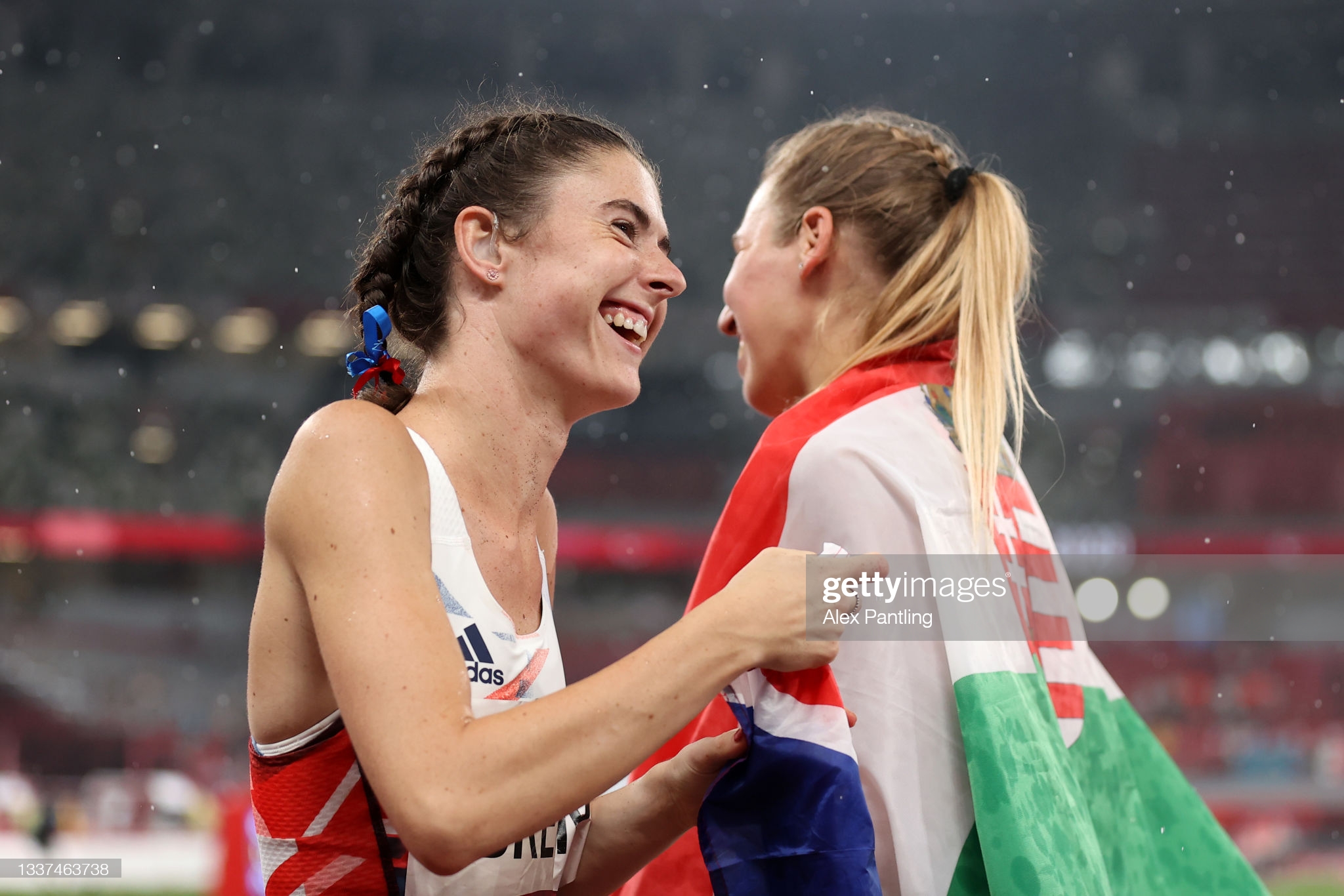 Olivia Breen has revealed she had to grit her teeth and fight through the pain in order to clinch her Paralympic bronze medal.

Wales’ Commonwealth Games champion of 2018 earned her medal in a high quality T38 long jump in Tokyo in which she broke the Paralympic record with her opening leap before Luka Ekler of Hungary smashed the world record.

Breen eventually finished third behind Ekler and Russia’s Margarita Goncharova, but revealed a torn muscle in her shoulder had hampered her preparation.

“It has been up and down,” said Breen, who has cerebral palsy, and who scooped a World Championship gold medal in the T35-38 4x100m class in 2015 and two years later in the T38 long jump.

“I have a bad shoulder injury and need to have surgery after the Games, but luckily it held up.

“The tear was re-torn so I was really nervous about coming here and it was really painful. But it got me through the Games.

“I was worried that it might tear again but it has kept in place. I had an injection to take the inflammation away and help the pain because it was stopping me from sleeping.”

“I’m over the moon with a bronze medal,” said Breen, after a competition won by Ekler with a world record 5.63m jump.

“I would have liked to have jumped over five metres but the individual medal means so much to me.

“After I landed that first jump, I knew it was going to be a great competition.

“I just wanted to jump for my life and show what I can do. I was thinking about all the hard work I have put into this, and tried not to tense up. I needed to relax which is difficult to do in a major competition.

“This is my first individual Paralympic medal. I really wanted it in Rio but I put too much pressure on myself.

“You just have to keep driving, keep working hard and just never give up. I’m more mature and I wanted to make the most of every minute of this experience.”

“In Rio (2016 Paralympic Games), I came 12th, didn’t make the final. I moved to Loughborough, changed coach and I just thought, ‘this is what you need to do’. It has paid off.”

Breen not only moved to Loughborough after Rio, but she also changed her coach and went into these Games tutored by former triple jumper and Commonwealth Games medallist Aston Moore.

“My parents thought I was going to walk away from the sport because it was such a low in Rio.

“On the plane home, I just thought, ‘I’m moving to Loughborough’.

“I came back to my parents and they said, ‘if you want to walk away, we’ll support you’. But I said, ‘no, I am moving to Loughborough’. It has paid off and I am so grateful to Aston.

“My family have been a big support to me.”