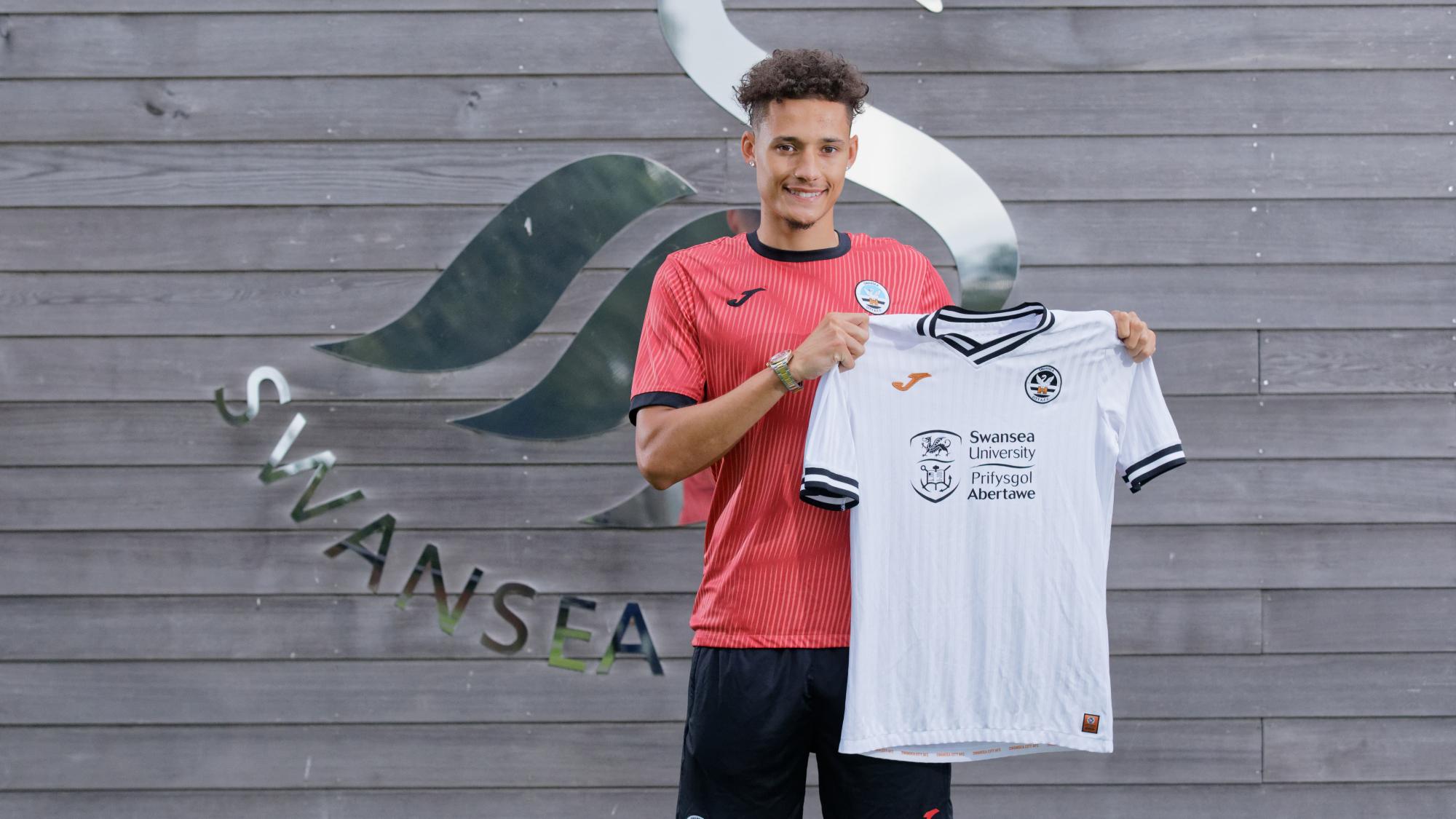 Rhys Williams had pledged to try and make a similar impact to Rhian Brewster as he starts his loan spell at Swansea City following a switch from Liverpool.

Williams was one of two signings made by the Swans on another chaotic transfer deadline day for the club as four players departed.

The central defender arrived on loan from Anfield – following the path taken by striker Brewster two seasons ago – while striker Michael Obafemi, a 21-year-old on the fringes of the Saints’ first team, was bought for £2m.

Out the door went Connor Roberts, who joined Burnley for an undisclosed fee, Jamal Lowe who switched to Championship rivals Bournemouth for a cut price £1.5m, and Ollie Cooper and Kyle Joseph, who went on loan to Newport County and Cheltenham Town, respectively.

Matt Grimes remains at the Liberty Stadium after bids from Fulham were rejected, while former Celtic midfielder Olivier Ntcham is expected to sign later this week as a free agent.

It leaves head coach Russell Martin’s squad looking light on proven goalscorers and hopeful that young loanees can find their feet quickly in the intense nature of the Championship.

There are only five players left from the 11 who took the field in the play-off final defeat to Brentford at the end of last season.

Williams – a 20-year-old who has Welsh family connections – made 19 appearances for the Reds last season and impressed amidst their well-documented defensive injury crisis.

Six of those outings came in the Champions League, while he also started the final five games of the Premier League season as Jurgen Klopp’s side secured a top-four finish in the run-in.

He becomes the first Liverpool player to make a loan switch to Swansea since his former academy product Brewster who made a big impact with his 11 goals in 22 appearances.

“I hope I can make the same impact because he did brilliantly when he came here,” Williams told the Swansea club website.

“It’s also been a big influence for me to see some of my friends like Neco Williams and Curtis Jones go straight into the first team at Liverpool, it made me think I wanted a piece of that.

“Then it was seeing the calibre of players I would hopefully one day play alongside, that’s been a big motivation for me to try and get to that level.”

“I spoke to a few players about it, and they all spoke so highly of the football and the place itself, it’s a club with a good history behind it.

“I was keen to come here, it was one of the places I wanted to come to because of the football they play. I believe it will stand me in good stead for next season.”

Republic of Ireland striker Obafemi completed his move to Swansea on a three-year deal from Southampton late on Tuesday night.

The 21-year-old Dubliner joins a club who have so far managed only one win from five Championship games.

Obafemi made 39 appearances for the Saints – with 32 of those coming in the Premier League – and has scored five goals, including strikes against Manchester United and Chelsea.

Born in Dublin but raised in England, he made his senior debut away to Denmark in 2018, in Martin O’Neill’s last game, but has not featured for the seniors since then, his most recent outing in a green shirt at U21 level, away to Luxembourg last November.

“He has gained valuable experience as he has moved through the leagues, culminating in helping Swansea reach the Championship play-offs last season.

“At 27, we believe his best days are ahead of him and are delighted to have brought him to AFC Bournemouth.”