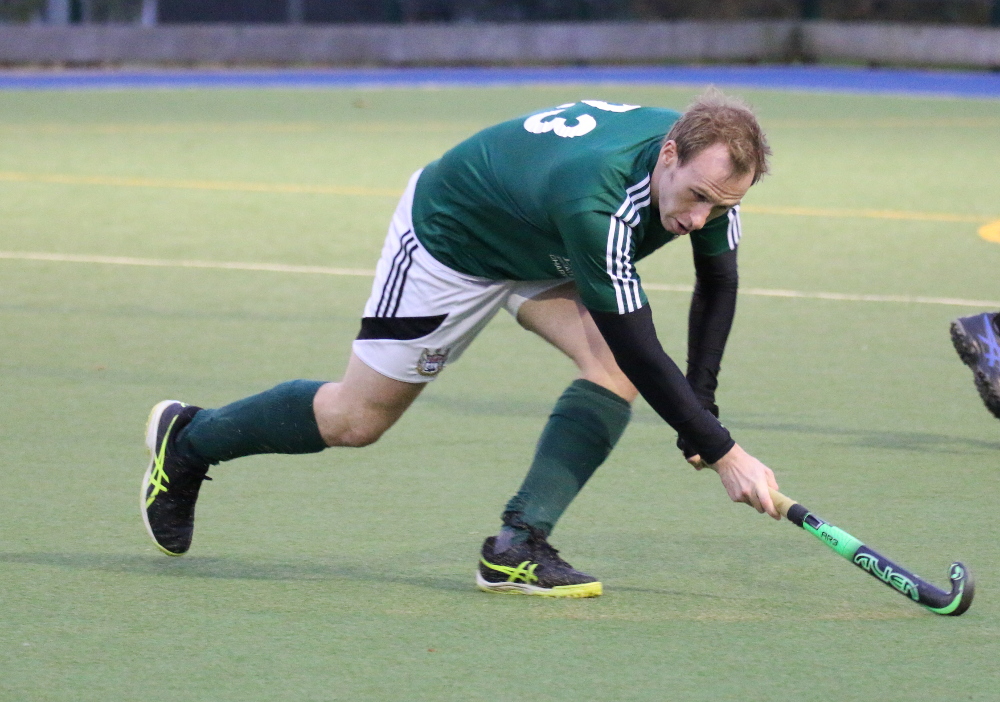 Penarth Hockey Club’s mixed form endured as the first half of the 2018-19 season draws to a close, with the lower XIs providing comfort as the 1st XI adapts to life in the highest echelon of the Verde Recreo League.

Westbury & UB were the latest visitors to Stanwell School as Penarth’s 1st XI attempted to return to winning ways after a narrow defeat to local rivals Whitchurch the previous weekend.

The home side started strongly and were able to move the ball well, putting the Westbury defence under pressure. A number of chances to open the scoring came and went without anyone being clinical enough to put them away, however, allowing the visitors to remain in the game.

To Westbury’s credit, they always looked a threat on the counter-attack, and Penarth were lucky not to be punished for their own profligacy when a couple of chances went just past the post late in the half.

The second period started in similar fashion to the first, with Penarth controlling possession of the ball early on. However, it was Westbury who struck first, with the ball being smashed into the home D and a forward finding a neat touch to beat the Penarth ‘keeper. It was a blow for the Bears, who were now compelled to push forward in order to get anything out of a game against another side in the bottom half of the division but, in doing so, they left themselves outnumbered at the back, and conceded a three further goals before the final whistle.

Penarth’s form so far this season has been patchy to say the least but, with the club featuring at its current level for the first time, it’s important to remember how far they have come in such a short time, following three consecutive promotions. The Bears have been extremely unlucky to come out on the wrong side of some very close games and still have the belief that they can turn their season around, beginning with this weekend’s away trip to face Exeter University.

The 2nd XI headed over the Severn Bridge for the fourth time this season to face a Bristol and West side who have been inconsistent in form this season. The Bears themselves had picked up only one point from their two preceding games to slip to fourth in the De Cymru & The Marches 2 table and knew it was essential to get back to winning ways if they are to continue challenging for promotion.

As has been typical this season, Penarth dominated the early possession, applying relentless pressure on the Bristol goal, but were unable to capitalise on this dominance, coming closest through David Joyce, who forced a smart save from the home ‘keeper. With Penarth piling pressure on the opposition D, they were left vulnerable to the counter-attack and Bristol had several chances on the breakaway, with only some good scramble defence helping to keep the game goalless.

The visitors got their breakthrough midway through the half, Ethan Ayrton getting up well from left back and finding Usman Dhami who, in turn, played an early ball to Joyce, allowing the striker to turn his marker and smash the ball home on the reverse.

At 1-0 down, Bristol took the game to Penarth and started to enjoy greater possession, but neither team managed to create any clear-cut opportunities before the break. The second half then proved to be a scrappy affair which saw the game become disjointed with both teams struggling to find the quality they needed in the final third.

Penarth’s three-man midfield worked tirelessly to break down their opponents in the middle of the park, with man-of-the-match Liam Murphy winning countless turnovers. At the back, the defence proved resolute and made some fantastic last-gasp challenges to repel an attack that had scored 15 goals in their previous two outings. When the defenders were beaten, Mark Harris was on hand between the sticks to tidy up any stray efforts and keep the Bears ahead, allowing Penarth to hold out for a 1-0 win and a much-deserved first clean sheet of the season.

The victory keeps the Bears fourth in the table but, with three points separating the top five, they know they can seldom afford slip-ups in what is proving to be a fiercely fought promotion battle.

Having wrapped up the first sweep of games in De Cymru 2 with a crushing win over the second of two Swansea sides in the division, Penarth’s 3rd XI returned to the start of their schedule looking to inflict a similar result on a Llanishen & Caerphilly side propping up the table.

The first fixture between the sides, also at Hawthorn School, had resulted in a 15-0 victory for the Bears, and this second encounter looked to be going much the same way in the early stages, as the visitors dominated possession and created chances at will against opposition starting with the handicap of only having ten men. Only some agile goalkeeping and wasteful finishing at the Llanishen end kept the score in check for much of the half, although Penarth were still five goals to the good at the interval.

Eruditely realising that they had not played at their best in the opening period, and knowing that goal difference could make or break their season in a close promotion race, the Bears aimed to ramp up the pressure in the second half. Again, Llanishen battled gamely to limit the damage, but Penarth proved relentless, adding a further six goals without reply before taking their foot off the gas in the closing stages.

Chris McCarthy claimed a hat-trick from midfield, with Lewis Ingram and Jack Daly each contributing a brace to a final tally bolstered by singles from Matthew Birch, Elys Johnson, Joe Ramage and captain James Davies. At the other end, the Penarth defence was seldom required to break sweat, with goalkeeper Kavan Kalsi-Lucas touching the ball just once – and, then, not in a defensive situation.

Victory – the side’s fourth in a row – has lifted them into a share of top spot in De Cymru 2, with an emphatic goal difference putting them ahead of local rivals Whitchurch in the table. The two sides meet this coming weekend, with the Bears all too well aware of the comedown they suffered at the hands of the same opponent in week two of the season.

The 4th and 5th XIs met for the second time in competition and produced an entertaining end-to-end game that belied the final scoreline, Simon Marchant opened scoring for the Fourths with excellent finish and promising youngster Tyrone Moore added another two before a rare Rob Harrison strike pulled one back for 5th XI. Moore wasn’t finished, however, and scored another brace before the break to make it 5-1.

Despite the difference on the scoreboard, the second half proved very even, with brilliant, performances from Tom Ramage for the Fifths and Zayn Zaman for the Fourths. Iwan Meddins put the game beyond doubt with a top class finish to make it 6-1, before Dave Watkins rounded out the scoring with a consolation for the 5th XI.

All five Penarth teams will be in Verde Recreo action this Saturday, with the 1st XI making the long trek to Exeter to take on the city’s university side (1.30pm start), and the Seconds enjoying the prime Stanwell slot as they host local rival Cardiff & Met. The 3rd XI get an early start at Whitchurch (11.30am start), but not as early as the Fifths, who host Gwent ‘B’ at Stanwell (10.15am start). The 4th XI, meanwhile, have to wait for their game, against Gwent ‘C’, at Cwmbran (4.30pm start).

Penarth Hockey Club always welcomes new, old and returning players, umpires, supporters, friends and helpers regardless of age and ability. Training takes place at Stanwell on Wednesdays, with the juniors on the pitch between 6.15pm and 7.15pm and the seniors between 7.00pm and 8.15pm.

Anyone interested in joining the club at senior or youth level can contact club secretary Dave Stevens (d_stevens81@hotmail.co.uk)  for further information.

My name is Caroline. I’m 32, I live in South Wales with my partner Jasper and our 3 fur babies (two cats and a crazy chocolate lab). Life recently decided to throw a curve ball at me and I have been diagnosed with cancer.