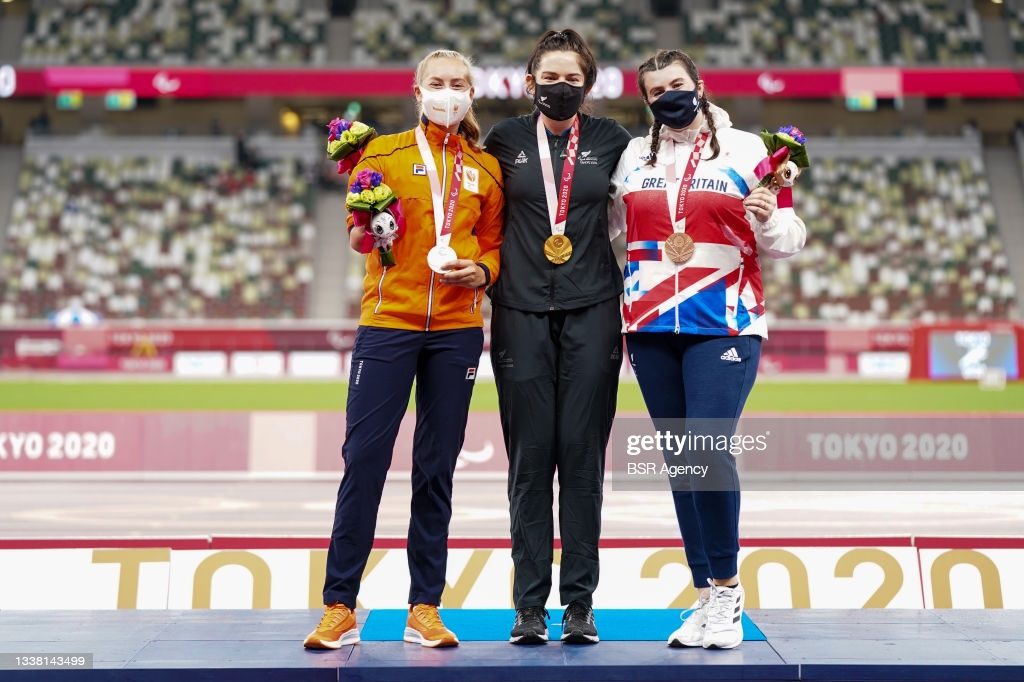 Wales’ javelin thrower Hollie Arnold insisted she had no regrets about her appearance on I’m A Celebrity…Get Me Out of Here! after being disappointed with Paralympic bronze as she relinquished her crown in Tokyo.

Defending champion Arnold set a Games record of 43.01m in storming to gold in Rio but was unable to replicate that performance on a soggy night in the Japanese capital.

The four-time 27-year-old world champion’s effort of 39.73m was only good enough for the final place on the podium on a day which yielded six GB athletics medals at the Olympic Stadium including golds for Owen Miller and Jonathan Broom-Edwards.

Arnold was the first contestant to leave series 21 of I’m a Celeb – which was switched from Australia to north Wales due to coronavirus restrictions – in late November but denied reality television had been a distraction from her day job.

“I had this conversation with my coach, it was a decision we both made,” she said, after New Zealand’s world record holder Holly Robinson claimed gold with a throw of 40.99m.

“That time away, it made me. I found myself, I found my strength, my resilience in there, and I had a fantastic time.

“Mentally, I came out better than I thought I would ever. For me, it isn’t a regret, it hasn’t impacted training whatsoever.

“I’m not happy (with the result). It’s just one of those things. I know there was a big throw in me, you could see the passion and fight. I’ve probably got millions of bruises on my leg from slapping it to get ready to compete.”

Arnold – who won Commonwealth Games gold for Wales three years ago – insists she has no plans to retire, with the Birmingham games just a year away.

“I’m very numb at the moment. Even though I’m on the podium, it’s not where I wanted to be and there’s so much more, big throws in there.

“I just wish the conditions were slightly drier for us. But you know, I’m on the podium and I have to be proud of that. It’s been a long five years since Rio and there’s so much more to come and that’s the exciting thing.

“I’m not stopping here. I’m still growing. Javelin throwers peak around 30 so I still have a couple more years and I’m certainly not retiring yet.

“The pressure is internal and external. I put so much pressure on myself to go out there and win every time. It’s tough. It’s mentally tough and physically tough.”

Arnold said competition in her event has become far more intense since she competed at her first Paralympics at the Beijing 2008 Games.

“The sport’s growing and it’s fantastic to see. We’ve got such a large number of stacked competitions. It’s good to see that we’re growing and the movement is growing.

“You always have to fight. There’s no going in and you instantly know you’re going to win. It’s not that. You’ve just got to go out there and just keep fighting and that’s what we do.”