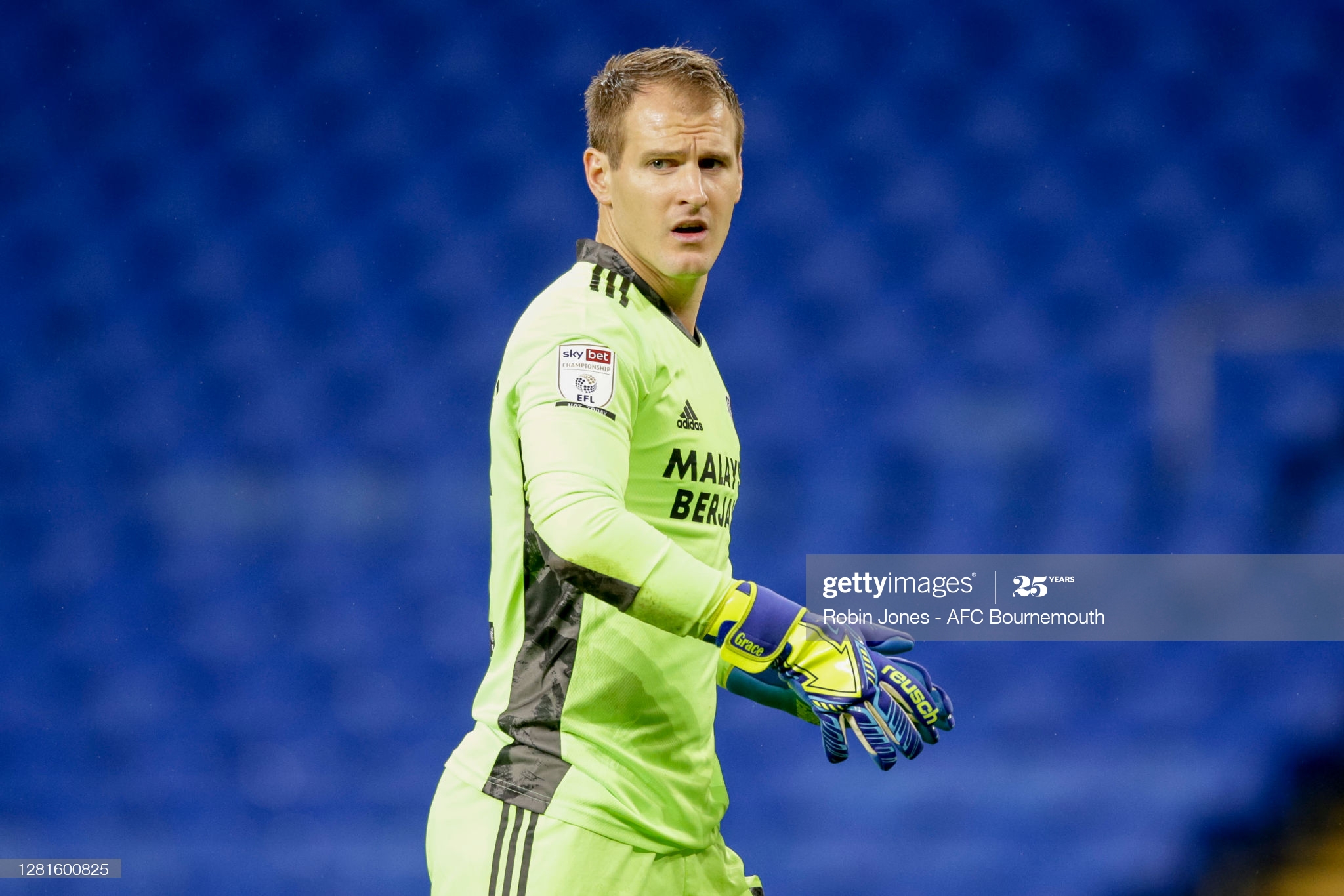 Alex Smithies insists he is focussed on winning against his former club Huddersfield Town tonight and any nostalgia can wait.

The Cardiff City goalkeeper spent eight years with the Yorkshire club, playing in 274 matches before moving on to QPR and then the Bluebirds.

Smithies left Huddersfield in 2015 but says: “It’s always nice to play your old clubs, you always want to beat them.

“It’s nice to see some old friends but to be honest that club has changed quite a lot since I was there. I am fully focused on beating them, as we did last season.”

“I was there a long, long time and have some great memories. It’s a really good club. I grew up in the area and supported them.

“The club does mean a lot to me but we beat them last year in both games and it’s always nice to get a bit of grief from my friends who are still fans.

“Everything I am hearing is that they are playing a really nice style – quite similar to the way Leeds played.”

Managed by Spaniard Carlos Corberan, the Terriers are rarely mentioned as possible promotion material following their struggles since relegation from the Premier League, but they will arrive in Wales one point and one place above Cardiff in the Championship in 13th.

They earned a notable 3-2 win over Middlesbrough last weekend and won 2-1 at Swansea City in October.

Smithies, though, believes Cardiff should feel confident following their 4-0 thrashing of Luton Town on Saturday – a result and performance he thinks underlined how the squad are still firmly behind manager Neil Harris.

“Getting the win the other day was massive for us,” says Harries. “It gave us a lift and it means we can go into this game with a bit more confidence.

Alex Smithies On THAT Save, Being Cardiff City’s No 1 and A Play-Offs Hangover https://t.co/PpOsYTDNqc via @Dai_Sport_

“But it’s all about following it up and getting a string of results together. It’s a great opportunity to do that at home.”

“The players are right behind the manager. We really wanted to get the three points. Thankfully we did but it’s all about following it up now and getting a string of results together to get us up the table.

“Ultimately it’s the players who go out on the pitch and get the results so it’s us that should be held accountable in my opinion.

“I think all over the pitch we could have done more to get more points on the board. We just need to knuckle down now, focus and start racking those points up.”