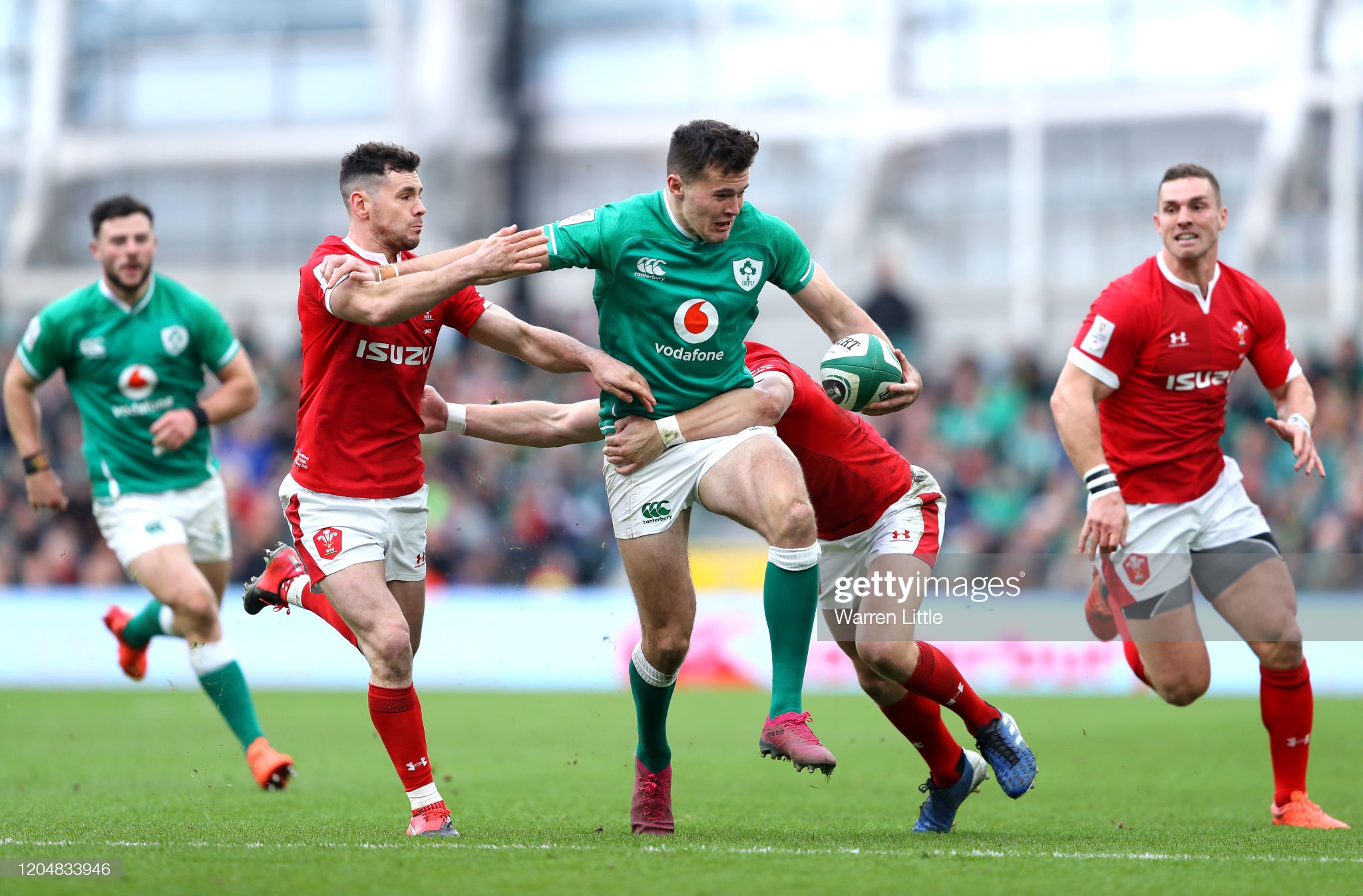 Dan Lydiate will return for Wales after more than two years away when he plays against Ireland on Sunday. It’s a good call, according to Mike Ruddock, but the former Leinster and Ireland U20 coach reckons Wales will need to do a lot more than simply defend around their back row as he tells Graham Thomas.

Mike Ruddock has warned Wales that English pair Andy Farrell and Mike Catt are looking to unleash a new multi-weaponed Ireland against them on Sunday.

Wales’ former Grand Slam-winning coach believes it will not be enough for Wayne Pivac’s side to concentrate solely on blocking Ireland’s steam-rollering pack.

The threat, says the father of Ireland flanker Rhys Ruddock, is now from an all-court game that Catt, in particular, has been developing.

Ireland will arrive for their Six Nations opener in Cardiff – a clash that is live on S4C – looking for a fifth successive victory over Wales.

But a year into Farrell and Catt’s reign they are also intent on moving on from the relentless but sometimes predictable force they had become under Joe Schmidt.

“Under Mike Catt, Ireland are now trying to play with some variety as well,” says Ruddock, now director of development at the Ospreys.

“Ireland have been effective in the past because if they couldn’t break you down with some width through the likes of Jacob Stockdale, then they could always stick it up the jumper and go back to the traditions of the way Munster used to play.

“But I think they have more selection available within their game plan now, with trying to get that width into their game, but also with variety in their movement and from cross-kicks by Johnny Sexton, or the attacking box kicks that Conor Murray can do.

“They have a number of good options to their game. Wales can’t think they can contain them with just one sort of defensive system. They will need to read things and adapt accordingly.”

Ruddock seem similarities in both sides’ aiming to improve certain aspects of their game in this tournament, although their priorities, he feels, are different.

While Ireland are seeking a sharper cutting edge, the former Leinster and Ireland U20 coach believes the big task for Wayne Pivac has been to improve Wales’ defence – something Ruddock says has already started to look encouraging during the later stages of the autumn Tests.

“I expect the Welsh defence to be a lot better, with better line speed. We saw that in the matches after the Ireland game in the autumn and I think that augers well for them.

“Wales have definitely improved from where they were in the last Six Nations and the physicality of their defence has improved. I think it will be a much more even game than it was last time (when Wales lost 32-9 in Dublin in November).

“Wayne Pivac came in and had a vision that he wanted to change the attacking style. That was his vision and that was the priority for him.

“He’s probably been able to imbed those attacking ideas now and so maybe the new priority is getting the defensive system improved.

“When I was with Wales, we did something similar. We brought in Clive Griffiths to make us more difficult to score against and compliment what the team was already able to do in attack.

“I have seen a move towards a more aggressive, line-speed defence than we saw in the early days under Wayne.”

Ruddock is pleased Ospreys flanker Dan Lydiate has earned a recall by Pivac, although there will be no direct back row clash between Lydiate and Ruddock junior, who has been left out despite his exceptional recent form for Leinster.

“Both players have had similar paths, in that they were both left out of their respective squads the last time. It tested them and they have both responded to the test superbly.

“They’ve got their heads down, rolled their sleeves up, and they’re both playing some of their best rugby ever. So, it’s been good to see their national squad rewarding that form.

“The big unit player, with power, in the No.6 position is back in vogue and can be very effective. They offer workrate and tackle count and they have engines that keep going and going. It’s good to see Dan  plays and he will add a lot of value in terms of his leadership qualities.”

Leadership is one of the factors Ruddock believes will decide Sunday’s game and not just from the obvious sources of the respective captains, Alun Wyn Jones and Sexton.

“Johnny Sexton remains so crucial to the Ireland effort.

“But as I’ve stepped away from direct coaching, what I see more clearly than ever are the importance of discipline, physicality, and of leadership. Those the three massive things that stand out with teams now.

“You need to be hugely physical, but you have to be disciplined when you’re under pressure. That’s when the leadership is important and the need for good decisions.

“It is now an invasion game. Sides invade your territory and that’s inevitable at some stage in the course of 80 minutes. What you’re trying to do is reduce the number of times that happens and the times that physicality gets them over the gain line.

“Both coaches – Wayne and Andy – have now had time to get to grips with the demands of international rugby in the way it took Eddie Jones a time to do with England.

“We should see a high quality game. Both sides are trying to play good rugby with width and tempo. No predictions, but I’m looking forward to an exciting game.”

From the Principality Stadium, live coverage of Wales’ opening match of the 2021 Six Nations Championship, against Ireland. Kick off 3.00pm.