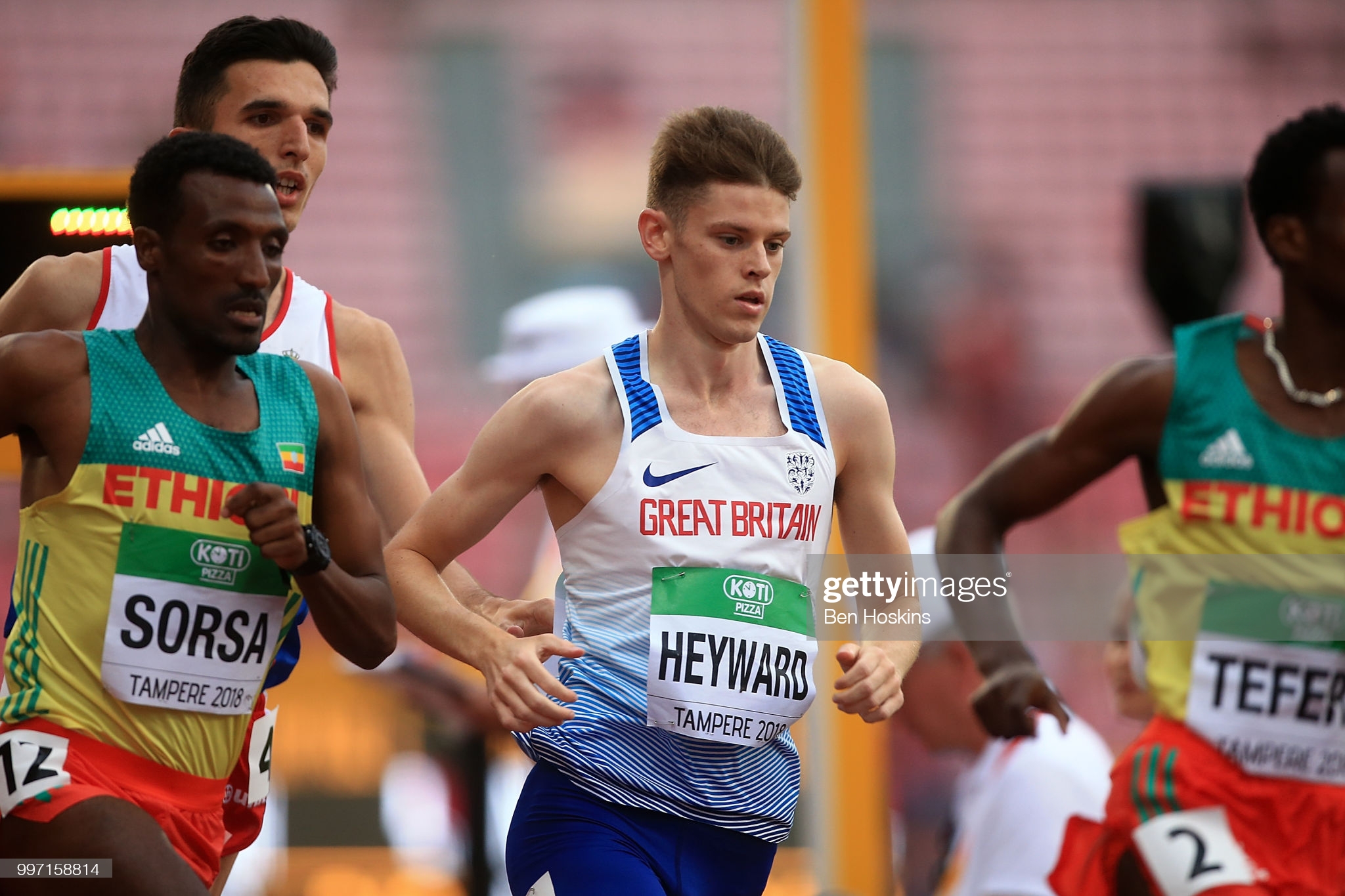 Cardiff’s Jake Heyward will be targeting a place at next month’s Tokyo Olympics when he competes at this weekend’s British Athletics Championships in Manchester.

The event also doubles at the Great Britain Olympic trials and a top two place in the 1500m final will book Heyward an automatic place on the plane to Japan.

The Cardiff athlete already has two Olympic qualifying standards under his belt this season.

The Oregon Track Elite Club star is currently ranked fourth in this season’s highly competitive UK rankings behind Josh Kerr, Elliot Giles and Charlie Da’Vall Grice, although Giles will be concentrating on the 800m.

The stellar 1500m field will also include the likes of World finalist Jake Wightman and reigning British champion George Mills.

But the 22-year-old Welshman says he is ready for anything the British Championship heats will throw at him.

Despite his delight at claiming the 1500m national record, Heyward told Welsh Athletics he sees himself as a championship runner.

“Records aren’t really my goal, my goal is medals. Fast times are great but it’s when and where that matters,” said Heyward

“The way that I ran the Portland race shows that I am capable of front running. You’ve got to be versatile.

“I can run from the front, I can run a fast time and previously I’ve done championships races where it has been slow and a burn-up and that suits me.

“I think I’m in a really good place and I look forward to racing the boys at the champs.”

Asked about the format in Manchester, which will see Friday’s heats followed by a final on Saturday, Heyward said: “That’s part and parcel of the championships and what comes with it, you know?

“You can run a fast time and that’s great, but can you perform when it matters?

Heyward is by no means the only Welsh interest in the men’s 1500m heats which begin at 7.55pm on Friday evening.

Another who has gained the Olympic qualifying standard is Piers Copeland.

The Cardiff-based athlete is ranked sixth in the UK this year having clocked a personal best of 3:34.62 in Marseille earlier this month.

Like Heyward, Copeland is no stranger to championship running having reached the 1500m final at the European Indoor Championships in Poland where he finished fifth in March.

In fact the 1500m heats are stacked with in-form young endurance talent from Cardiff.

James Heneghan, who is coached in the city by James Thie, ran a PB of 3:41.66 in Manchester last month.

Thie also coached Heyward before he moved to America and Copeland, whose lead coach is Bob Smith, has worked with Thie’s training group.

The capital doesn’t hold a complete monopoly on Welsh talent involved in the 1500m line-up with Newport’s Remi Adebiyi, who clocked a personal best of 3:40.36 at the end of last month, joined by Swansea Harrier Guy Smith.

The women’s 1500m at the Championships features Cari Hughes, who won the Under-23 1500m silver medal at last weekend’s English Athletics Under-20 and Under-23 Championships in Bedford, where Cardiff’s Ben Reynolds won gold in the men’s Under-23 men’s 1500m.

Also lining up in the women’s race in Manchester will be Amman Valley’s former Welsh 1500m champion Jade Williams.

You can find the full start lists featuring all the Welsh competitors across the weekend on the British Athletics website, where the timetable is also available.

You can follow all the action live across the three days on the British Athletics website starting from 2.30pm on Friday.