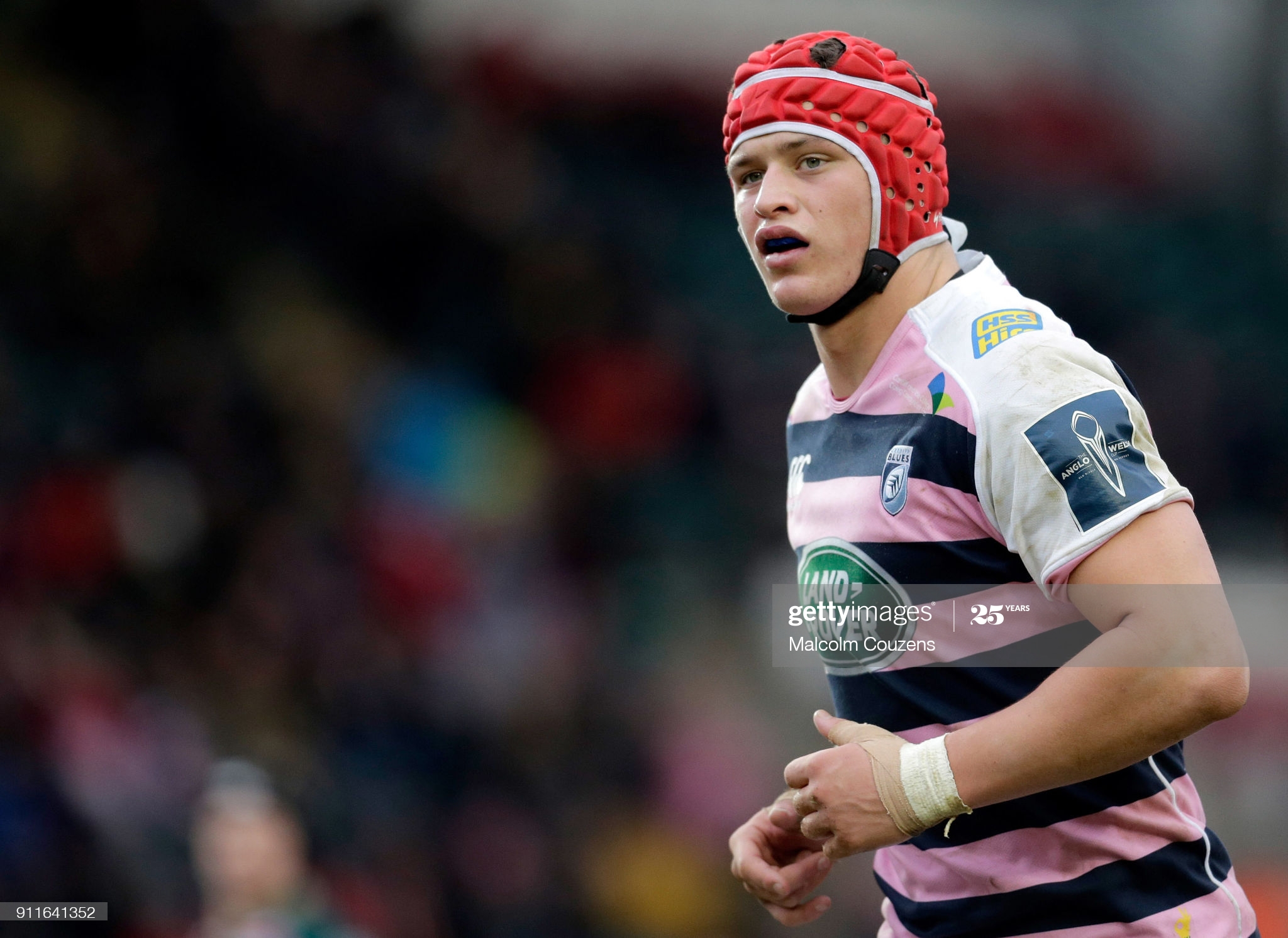 Botham, who is the grandson of English cricketing legend Sir Ian Botham, was called up to the Wales squad on Monday evening, the night he thought he would be playing for the Cardiff Blues against Benetton.

The 22-year-old has already made 63 tackles for the capital region this season, the sixth highest in the tournament.

“We identified James most memorably in the derby games,” said Humphreys. “Athletically, he certainly has the ability to compete in international rugby.

“In those games he had some big moments, so it is at that point we really identified him as someone going forward into 2023 who would certainly be in our plans.

“With injuries we have at the moment and the uncertainty of some people being able to start on the weekend, it was a great opportunity to bring him in.”

Humphreys has also given updates on the fitness of injured back row pair Josh Navidi and Ross Moriarty.

Navidi has been dealing with a concussion since September and Moriarty suffered an ankle injury before the recent defeat to France in Paris.

“We are monitoring them, it’s literally a day by day process with them. Their injuries have also helped us look at other people,” added Humphreys.

“We do miss them (Moriarty and Navidi) in terms of their personality and physicality in the game, but it also gives us the opportunity to look at these two.”

The Scarlets start suffered a knee injury in Wales’ defeat to Ireland last Friday at the Aviva Stadium.

“He is in the process of having scans, so probably in the next 24 hours we will identify how serious that knee injury is,” said Humphreys.

“He seems to be up and walking about and in a good place. He was keen to get a string of games under his belt but, hopefully, it’s not too serious and he will be back pretty quick.”

Despite six successive defeats and mounting pressure in some sections of the media on head coach Wayne Pivac, former Wales skipper Humphreys has also emphasised how the squad is happy and confident for the future.

“With some of the inexperience that we have at the present, mistakes under pressure are going to happen.

“Going forward, with people like Rhys Carre and Ryan Elias, these experiences for them are invaluable. For them to find the solutions is invaluable.

“Our mood is pretty good. Obviously, the boys are down in terms of the outcome of these games.

“As long as we’re concentrating on where we need to go to and the players we need to get there, there’s always that belief that we will get there.”