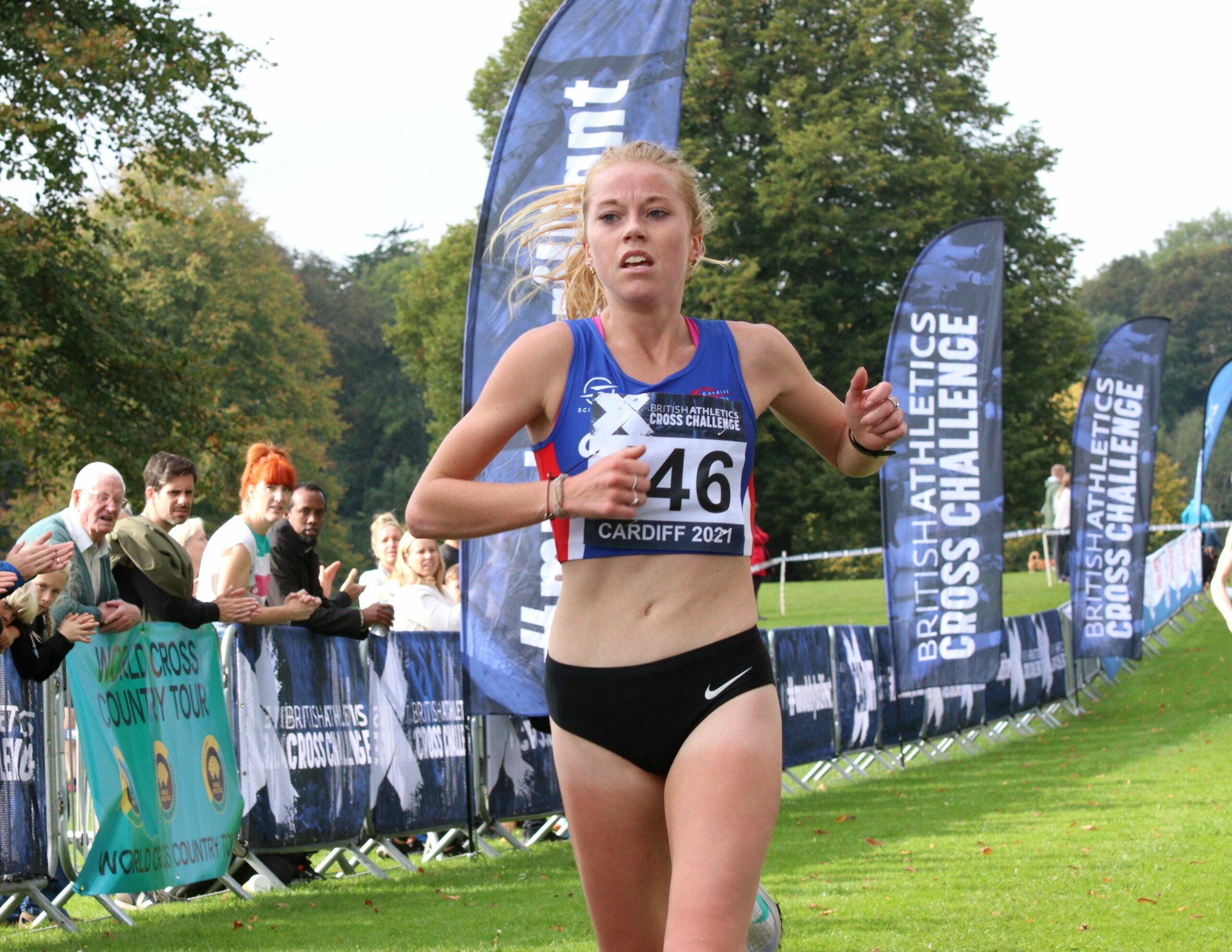 Two years ago, Jenny Nesbitt returned from the European Cross Country Championships in Lisbon with a team gold medal in her luggage.

But it’s a measure of the Cardiff athlete’s high personal expectations that she looks back at that championship with some disappointment.

Nesbitt wasn’t happy with her individual performance – despite it helping Great Britain to team gold in the senior women’s race.

This weekend, the 26-year-old is determined to make sure she is satisfied with her own performance and help GB bid to strike gold once again.

One of three Welsh athletes in the GB team who travels to Dublin for the latest edition of the championships on Sunday, Nesbitt feels she is in the ideal shape to make her mark in the individual and team races.

“I go in there to be as competitive as I can be,” she said. “And hopefully to do better than I did last time in Lisbon because I was not very happy with that run.

“I feel like I just let myself down a little bit there. I panicked a lot and didn’t run my own race. So I hope learning from that experience will set me up better this time around.

Nesbitt will be joined in Dublin by fellow Welsh athletes Cari Hughes and Osian Perrin.

Cardiff Athletics club mate Hughes will be competing in the women’s under-23 race, while Menai Track and Field athlete Perrin goes in the men’s under-20 race. Cardiff-based Jake Smith will compete in the men’s senior race.

A fourth Welsh athlete was due to take part in the shape of Nesbitt’s training partner and fellow Lisbon team gold medallist Charlotte Arter, who has been forced to withdraw through injury.

Nesbitt said of her team mates withdrawal: “It’s such a shame because obviously, we train together day in, day out and the one person I’d love to be on the team with is her so I will really miss her this weekend.

“Last year’s event was cancelled due to COVID, and Nesbitt is delighted to have the opportunity to improve on her 29th placed finish from Lisbon when she toes the line
in Dublin.

“I’d like to come away with a top 15 finish individually,&quot; she said: “I would be really, really pleased with that. And I think it’s something I’m capable of doing.

“If I run smart and really make sure I prepare well between now and then, focus on all the little things . . . sleep, nutrition, keeping myself healthy. Definitely, top 15 is what we’re going into it aiming for.

“I’m excited, really looking forward to. After missing out on last year to COVID, it’s nice to have it back on the race schedule.”

COVID also robbed Nesbitt of a place at last year’s World University Cross Country Championships in Morocco where she had been selected to represent GB.

“It was literally the week before we went into lockdown in March, they cancelled the competition,” said Nesbitt.

“And that was my last opportunity as a student to race at a world university event. I was really disappointed about that.

Nesbitt only decided to take part in this year’s cross country season in October after having returned from a successful high altitude training trip to Font Romeu in the French Pyrenees.

The decision paid off with the former Welsh Cross Country Champion having placed second at each of the autumn&#39;s British Athletics Cross Challenge events in Cardiff, Milton Keynes and Liverpool’s Sefton Park, which doubled as the European trials.

“It was a last-minute decision,” said, Nesbitt. “I’m really glad that I decided to focus on cross country and go for trying to qualify for Europeans and to be on the way there now.

“I feel like I’ve carried my form through from Liverpool to now. We just kept it really basic, Chris Jones my coach gave me a good four days of easy runs and to recover from Liverpool.

“We did a couple of sessions last week. I had my final one this morning, which went really well considering the weather.

“So I feel like I&#39;m going into it probably the most aerobically fit I’ve ever been. And I feel that’ll put me in good stead within the race.&quot;

On the subject of the weather, is Nesbitt relieved Storm Barra has now cleared the Republic of Ireland where the weather is set to be much improved at the weekend?

I think if you approach it with that attitude, you’re going to run your best race whatever the conditions are.

“You’ve got to expect anything – it’s what makes cross country exciting. It’s not down to the time you run, it’s how you race and how competitive you are. And that’s what I really love about it.”

Nesbitt feels the stint at high altitude, combined with some changes to her training programme, has put her in the shape of her life.

“I sat down with my coach and we just stripped back all my training and looked at what we could improve on from the summer.

“Last summer I ran some of the best sessions I’ve ever done, PBs over all kinds of different reps and in the sessions, but I couldn’t replicate it in the track races I did.

We noticed, there was a gap in where my training was aerobically, and I was just forcing everything a little bit too much.

“I’m the sort of athlete who feels if I’m not working as hard as I can be in a session, I don’t feel like I’ve put in enough effort. So we made a change, stripping it back and taking things a little bit steadier and working in the right heart-rate zones.

“Things like that have really helped bring me on in the last 12 weeks. That’s been my biggest change, really.

“I had a great stint out at altitude as well which Welsh Athletics helped fund at the beginning of September. So I’m really grateful for that as well. So it’s putting the two together and just being consistent over the last 12 weeks.

“This time around the altitude training has been really beneficial. It was my fourth trip to altitude and it&#39;s the first time I’ve come back and run well off it. I think it’s taken me four times to finally get it right – a lot of trial and error.

“This year it’s been a great training aid for me, and it’s something we’re going to carry through next year, hopefully, in the lead up to any important competitions.”

And there are plenty of important competitions on the horizon beyond this week’s challenges.

Nesbitt has a particular reason for wanting to compete at the Commonwealths in Birmingham, but she isn’t getting ahead of herself having yet to gain the qualifying standard despite coming agonisingly close a number of times over 5,000m last
summer.

“First and foremost, I need to run the standard for the Commonwealth Games, which is something that’s just not happened yet,” she said.

“But I feel I’m very capable of doing so. If I can tick that box, it gives me the opportunity to start thinking about what kind of competitions and champs I want to focus on.

“My main priority next year is to qualify for the Commonwealth Games and run in Birmingham in front of the home crowd, my family and all my friends.

“I grew up in Worcester, which is just 30 minutes away from Birmingham, so it’s basically a home games for me.

“There’s nothing I want more than to be able to go there and represent Wales. So for me, that’s my main focus.

“If that’s the only thing that happens next year, then I’ll be very, very satisfied. But if I can qualify for the Europeans too that would definitely be another consideration.”

Nesbitt, who represented Wales at the Gold Coast Games in 2018, added: “The thing about this particular Commonwealth is that it’s a once in a lifetime opportunity. This opportunity will never come around again in my career.

“So I want to make the most of it and give back to everyone who’s helped me since the age of about 14 to get to where I am now. I think that is potentially the best way to do it.”