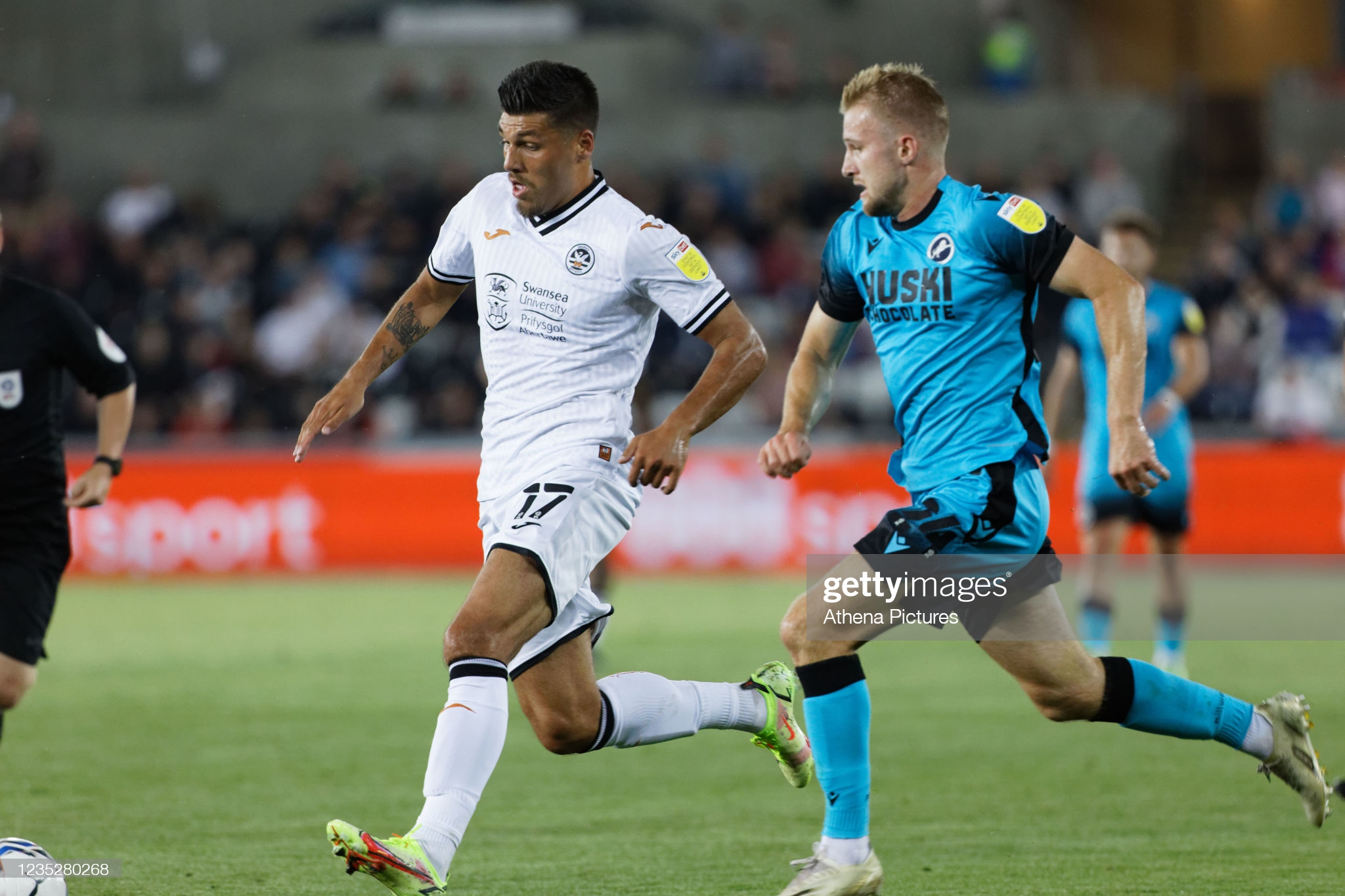 Russell Martin insists Swansea City have a natural goalscorer in Joel Piroe and that goals will flow once the Dutchman adjusts to the Championship.

Martin saw his Swans team fail to score for the second successive match on Wednesday night when they were held to a goalless draw at home to Millwall.

The result means Swansea have yet to win at home in the league this season, have just one victory from their opening seven games, and have scored just four goals.

On the other side of the ledger, they have kept three clean sheets in their last four league games.

Martin’s team looked polished against the Lions at times, dominated possession and created chances. But after a number of misses, they could have ended up losing the match late on as they tired and Millwall spurned two good opportunities of their own.

Three of those four goals have been scored by Piroe and although the former PSV Eindhoven striker failed to find the net against Millwall, Martin believes the 22-year-old will start to deliver again when he overcomes fatigue.

Asked if he has a natural goalscorer in his squad, Martin said: “I think Joel Piroe has shown that already.

“We just haven’t given him enough chances to show that. He’s had a few shots outside of the box in the last couple of games, but he’s also very tired.

“He’s come to the Championship and to England and it’s a completely different level of intensity to what he has been used to in Holland.

“I think it has caught up with him a little bit. But I think he adds so much to us, he’s such a clever player.

“He’s a player I really, really like as a person and he has great ability. He’s someone who really suits us in the way he conducts himself and the way he plays on the pitch.

“But he is tired. We kept him because we always feel he is capable of scoring and he has qualities that other people don’t.

“He will score again soon, I’ve no doubt about that. I think he’s shown already he can be a really instinctive, good finisher and I’m convinced he’s got goals in him.”

Two successive 0-0 stalemates mean it is now 251 minutes since Swansea last scored, when Piroe netted in the 3-1 defeat at Preston.

Martin believes his players have adapted well to the change in style he is implementing, but need to take more risks and be less anxious in front of goal.

Against Millwall, Ryan Manning, Jamie Paterson and substitute Michael Obafemi all missed good opportunities to put their side ahead.

Martin added: “We need to lose some of that anxiety we have in the final third at the moment. At some point there will be a tipping point when that happens.

“The supporters I have spoken to have been incredibly receptive to what we are doing.

“You are never going to make everyone happy, but I think the majority are pleased with what we are doing.

“When you are dominating and on top, it is so important to score. We don’t lack quality, but we will get there and I’m convinced one win at home will see the anxiety go.

Concerns over fitness and conditioning levels is still a theme for Martin who added: “The longer it went on – the last 10 minutes we were really tired – and they got a bit stronger, which shouldn’t be the way it happens when you’ve dominated the first half as we did.

Former Swansea City captain Alan Tate is relinquishing his role as a first-team coach with the club.

“But they gained energy as it went on as they had a chance and it got a bit open, but that is down to fatigue, it’s not down to the structure of the team, and we have to accept that is where we are at.

“Michael had the best chance of the game, he is frustrated, but it is coming. The last two games have been so much closer to where we want to be, and if we score and win it gives a very different feeling about where we are going.

“We are becoming difficult to play against – that is four clean sheets in seven games – and we are getting there, the players believe and trust in what we want to do, and we are miles apart from where we were three or four weeks ago.

“The next bit is going to come. There was a buzz, and I cannot wait to feel that when we are winning games and have a team to be proud of.”