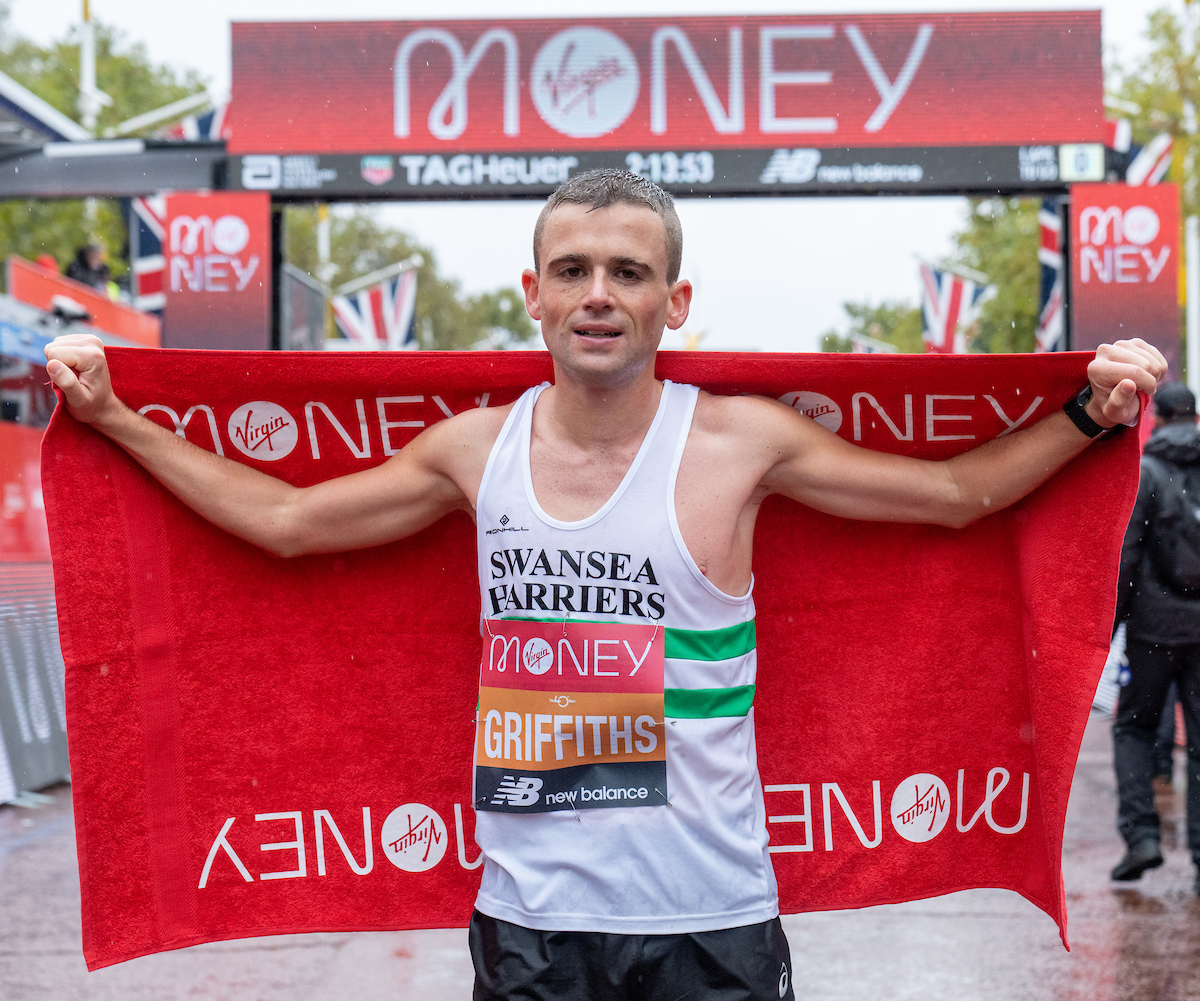 Josh Griffiths and Charlie Hulson demolished their personal bests in a double boost for Welsh distance running at the Virgin Money London Marathon on Sunday.

Swansea Harrier Griffiths was the third Briton home behind Jonny Mellor and Ben Connor in a PB of 2:13.11.

The time, which gave Griffiths an 18th place overall in one of the finest marathon fields ever assembled, was more than a minute faster than his previous best time of 2:14.25, set at last year’s London Marathon.

The 2017 British Marathon Champion rises from 12th to 6th in the all-time Welsh marathon rankings.

“I’m happy to come away with third in the British Championships and a P.B,” said Griffiths.

“Conditions were tough which made fast times more difficult but I focused on my own race and worked my way through the field in the second half’.

In only his second marathon, Hulson was the fifth Briton home and 20th overall in a time of 2:13.34 and also moves into the all-time Wales top 10 in ninth spot.

The New Balance runner, who works full-time at the family bakery in Mold, surpassed the 2:14.22 he clocked in his marathon debut in Valencia last December.

The two Welsh athletes’ performances are even more impressive given the cold and wet conditions, which saw many of the athletes struggle.

Both are working towards a busy couple of years of major championships with the Olympics next year and the World Championships and Commonwealth Games in 2022.

Griffiths and Hulson, along with other Welsh marathon runners like Dewi Griffiths, who missed Sunday’s race due to an injury niggle, will have another chance to target the standard at a British Marathon Championship that will include the Olympic trial during spring 2021.

There will be no pre-selection following the 2020 Virgin Money London Marathon and selection will take place after the trial in 2021.

Unfortunately, Cardiff Athletics’ British 50km record holder Dan Nash failed to finish after dropping out in the closing stages of the race.

Held on an enclosed biosecure course around St James’s Park, the overall race produced a spectacular sprint finish as Shura Kitata emerged as a shock 20-1 winner of the overall race.

The Ethiopian crossed the line in 2:05.41, just one second ahead of Kenya’s Vincent Kipchumba. Pre-race favourite and world record holder Eliud Kipchoge finished in a surprise eighth place.