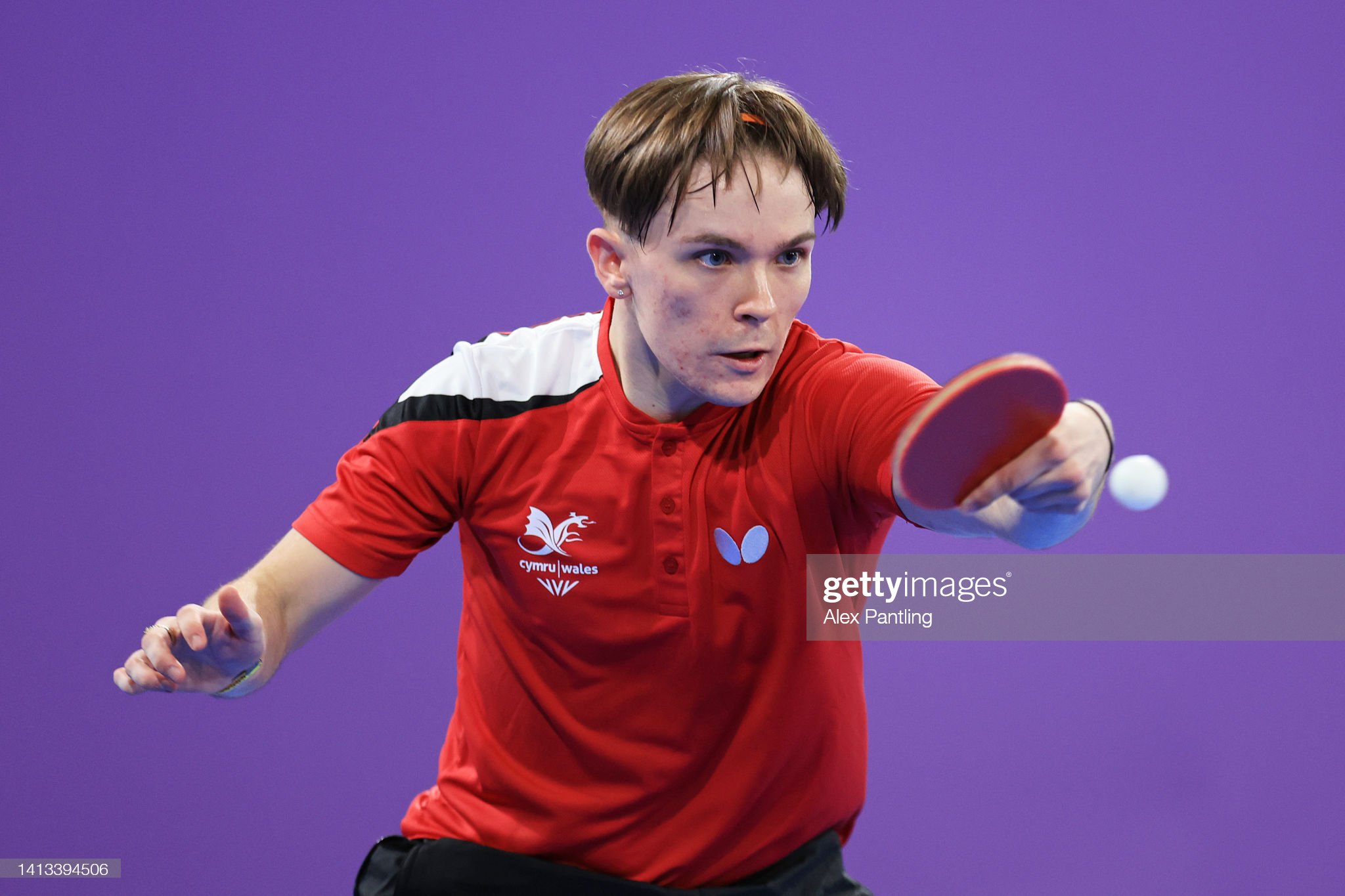 Wales' Joshua Stacey had to settle for silver at the World Para Table Tennis Championships in Andalucia. Pic: Getty Images.

Wales’ Commonwealth champion Joshua Stacey put up a brave fight against world number one Laurens Devos but had to settle for silver after a 3-1 loss in the final of men’s class 9 at the World Para Table Tennis Championships in Andalucia.

The 22-year-old Belgian has not lost a men’s class 9 singles match since 2015 and is the reigning World, Paralympic and European champion.

The pair had met twice before with Devos winning in three sets and when the Belgian took the first two sets 11-6, 11-1 he looked to be on his way to a comfortable 3-0 win.

But Stacey fought back magnificently, taking an 8-3 lead in the third set and holding his nerve when Devos levelled at 8-8 to take it 14-12.

Devos then showed why he is the world number one by taking the fourth set 11-6 to retain his title but Stacey showed that he will be a worthy opponent for the Belgian in next year’s European Championships and in Paris 2024.

“It was obviously good to have got back into it and win that tight set,” said Stacey.

“I felt that in the third set I got a bit more comfortable with the kind of quality that he can play with and the kind of things that he can do with a table tennis ball.

“He’s dominating the class for a reason and I think that showed in that match.

“There are definitely positives to take from it – I’ve obviously taken him a little bit closer and I’m sure in the next two years leading up to Paris I’m going to chase him down.

“I think I’m going to be the one that is biting at his heels and ideally I’ll be at the top come Paris.”

The Cardiff-born athlete is a fierce competitor and despite taking silver in singles and doubles at his first World Championships was far from satisfied with his tournament.

“If I’m honest I’m not happy with two silver medals,” he said.

“But these kind of losses are what motivates an athlete to the fullest effect and I think it will do that for me for the next two years leading up to Paris.

“I think I’ll use it more as motivation rather than settling on that silver and I’ll try and push as hard as I can to make sure the next one is a gold.”