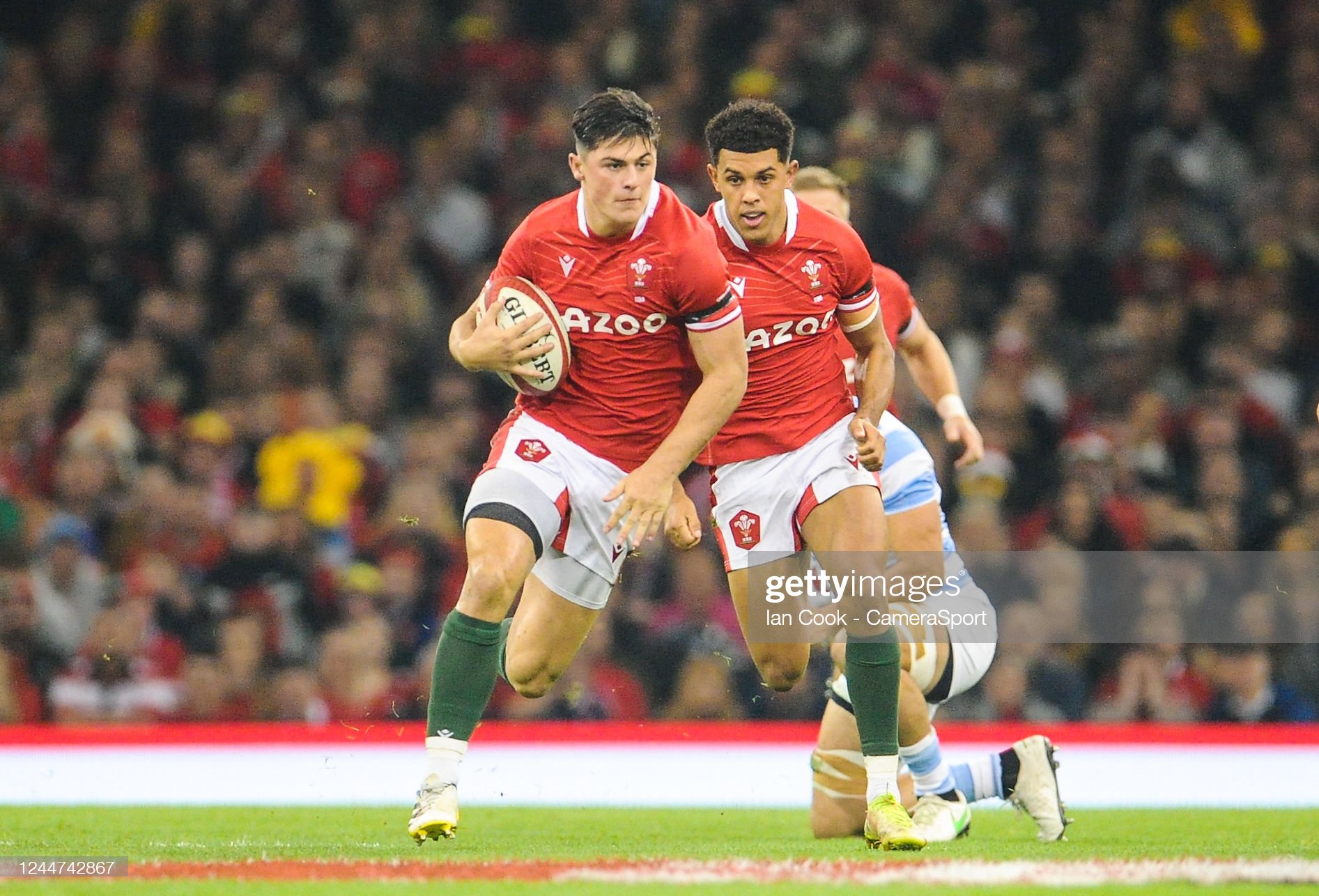 Louis Rees-Zammit insists the hard edge Wales showed against Argentina has to be there for every Test they play.

The Gloucester player thrived at full-back at the weekend as he came through his positional switch from wing thanks to lessons on a laptop with Leigh Halfpenny.

Rees-Zammit admitted the heat was on Wales, but the hard sweat of a 20-13 victory over the Pumas has to be only the start.

And the hard-edged grit Rees-Zammit and his teammates showed in defiant defence that was crucial after their soft, roll-over-and-tickle-my-tummy defeat to the All Blacks a week before has to be maintained, he says.

“It wasn’t great against the All Blacks and we had massive heat on us,” said the British and Irish Lions tourist.

“So, we had to put it right this week. I think the boys stood up well and really put in a defensive performance that we can be proud of.

“We definitely talked about it. We had lost by 30 points, our physicality just wasn’t good enough against New Zealand, and we had to put that right.

Louis Rees-Zammit appeared to be a success as he shifted to full-back.

Got his hands on the ball plenty in the first half, kicked well and covered the back field comfortably.

“Argentina were in our 22 a lot and we went long phases where we stuck in there and we managed to win the ball back a fair few times.”

The victory has cooled the pressure gauge on Wales coach Wayne Pivac, who could even end the autumn in credit if Wales beat Georgia and then Australia, who were humbled by Italy at the weekend.

Wales still show precious little in attack, but they bumped over for a try from Taulupe Faletau and then got lucky with a charge down effort for Tomos Williams.

But their defence was much improved from the All Blacks agony of conceding eight tries and in Rees-Zammit they have unearthed another option to pick at full-back in addition to injured pair Halfpenny and Liam Williams.

Veteran Halfpenny had schooled 21-year-old Rees-Zammit in how to wear the No.15 shirt and one thrilling run early on suggests he could yet be a devastating option for Pivac to have up his sleeve in World Cup year.

Rees-Zammit added: “All week, me and Leigh were sat on the computers, doing loads of analysis. It was only my second time playing there.

“We had looked through everything and I felt confident going into the game. I was aware of their threats and of getting myself into position quickly.

“You do get more space at full-back because there is a lot of kicking these days, so there are kick battles which you have to stay in, but when the opportunity does come, my eyes light up.

“Georgia next will be a different battle, but we are always looking to improve, especially from that New Zealand game.”