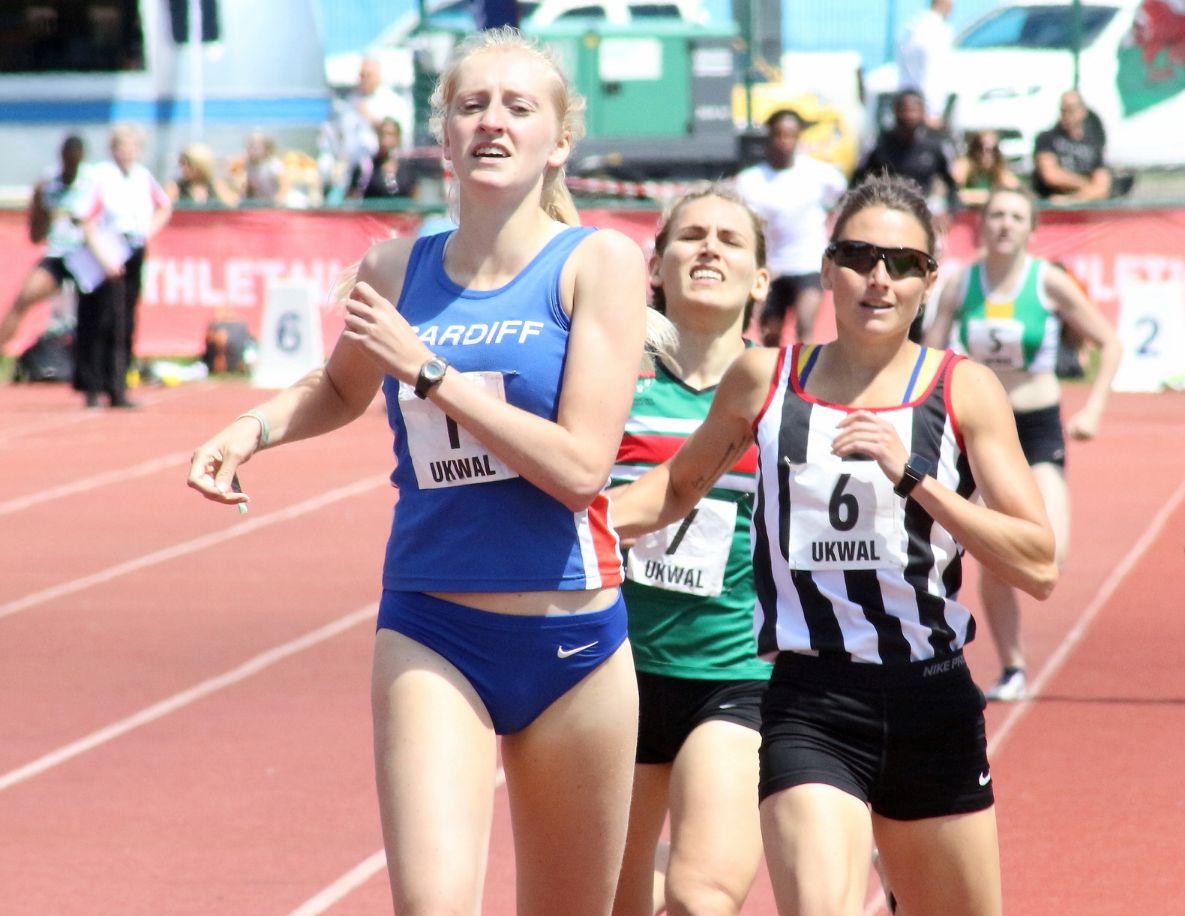 Seary broke the 3,000m steeplechase mark on her debut over the distance. The Cardiff athlete produced a brilliant performance to finish second to Sarah Tait, clocking 10:21.23.

The time eclipsed the previous Welsh best over the barriers of 10:25.03 set by Amman Valley’s Jade Williams in 2017.

It was a successful afternoon all round in the steeplechase for Welsh athletes at the British Milers Club Sports City Grand Prix as Jonathan Hopkins won the men’s event in a time 8:36.50.

Running in lane one, the Wales and Great Britain international stopped the clock in 45.84 to slash almost half a second off his personal best as he finished third in a high quality field.

The time is the third fastest by a British athlete this year and the fifth fastest 400m time by a Welsh athlete ever – displacing his coach Matt Elias in the top five.

Saturday’s time was narrowly outside the 2022 Birmingham Commonwealth Games standard of 45.75.

Another Welsh athlete to claim a new PB on the continent on Saturday was Spain–based Angharad Davies who dipped under 4:30 in the 1500m for the first time as she registered 4:28.20 finishing fifth.

Back in Manchester, there was also a PB and European Under-23 qualifying time of 3:40.36 for Newport athlete Remi Adebiyi.

Welsh athletes have enjoyed an excellent few days as far as personal bests are concerned.

Cardiff sprinters Gordon and Azu were part of the GB 4×100 squad and Gordon helped the team to sixth place in their race on Saturday evening.

The overall event was won by hosts Poland, ahead of Italy with GB achieving their highest finish since 2013.