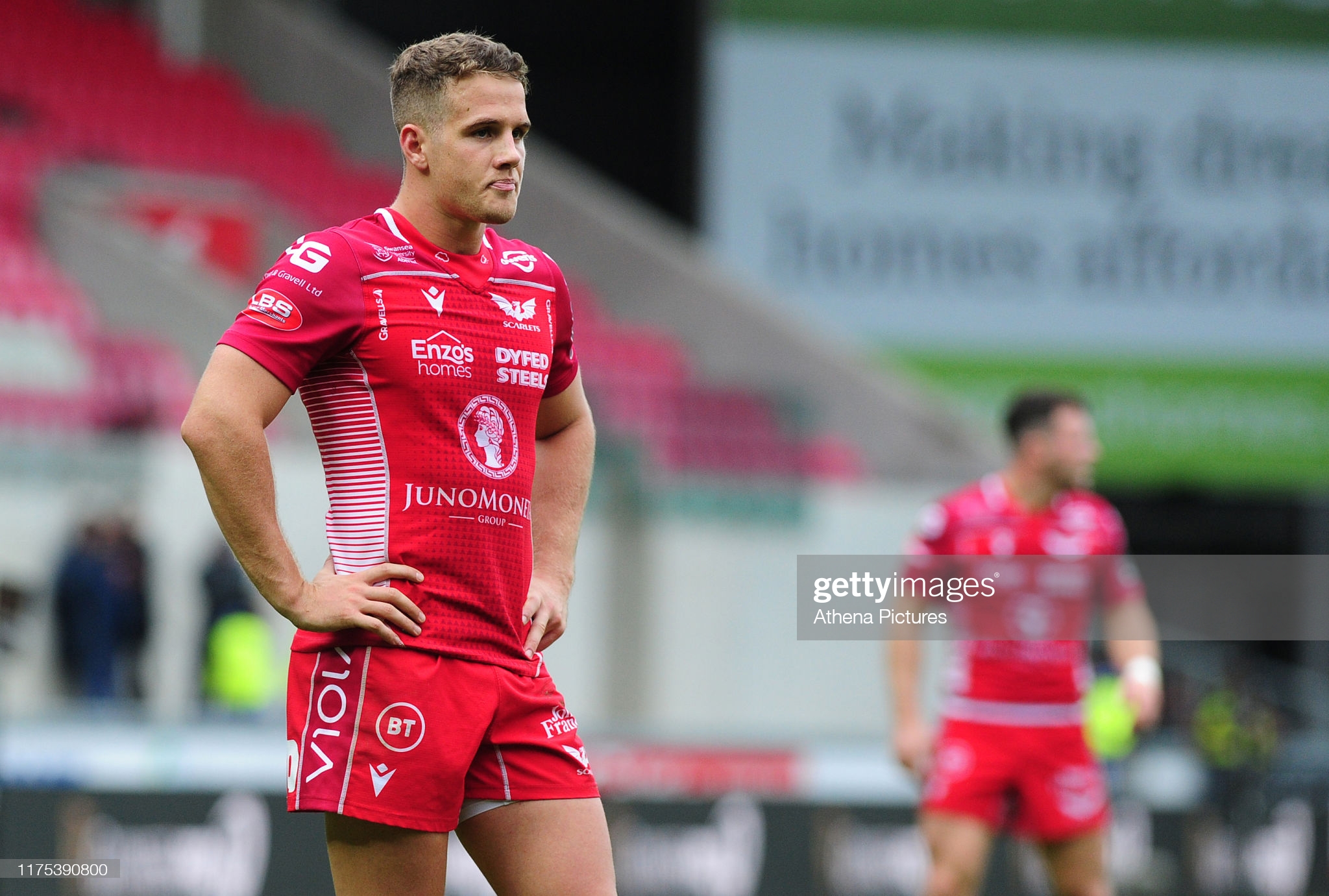 When Dwayne Peel helped the Scarlets win the Celtic League title in 2004, Kieran Hardy was just a small face in the crowd. Now, Peel is at the helm for their URC opener at Edinburgh on Saturday and scrum-half Hardy is hoping to absorb plenty of his coach’s know-how as he tells Graham Thomas.

Kieran Hardy believes his boyhood hero Dwayne Peel can be the guiding light that enables him to hold onto the Wales No.9 shirt this season.

Scarlets scrum-half Hardy was just eight-years-old when his father took him to Stradey Park to see Peel in his pomp clinch the old Celtic League title back in 2004.

Seventeen years on and Peel will start his competitive coaching reign at the Scarlets with Hardy in his team for their United Rugby Championship opener away to Edinburgh on Saturday – a match that is live on S4C.

Hardy’s hope is that the old master can teach his apprentice plenty of new tricks as he aims to prove in his region’s shirt why he should hold off the challenge of rivals Gareth Davies and Tomos Williams for the Wales starting spot this autumn.

“It’s a really exciting opportunity for me,” says 25-year-old Hardy, who shot to fame last season with his try in the Six Nations victory over England.

“Dwayne is someone who was such a good player in his time and has such experience to call upon. He also has not been that long retired from the game.

“I am obviously trying to pick his brain and soak up as much knowledge as I can. I am able to ask him his opinion on certain situations that a nine might find himself in.

“We have had conversations about how to do things as a scrum-half. For me, it’s about learning from him and trying to improve my game every week.

“He gives all the nines the confidence to express ourselves and when we see the opportunities we can take them.

“When we go away with Wales, I am sure he will watch those games closely as well and have an opinion for us. It’s about constantly looking for improvement.”

Hardy, who grew up in Pontyberem, always felt an affinity with Peel who is from Tumble, the next Carmarthenshire village up the road.

A regular supporter as a kid, Hardy’s best memory of Peel the player was the night the Scarlets became Celtic champions for the first time by beating Ulster, the province that Peel left as coach to return home this summer.

“The one game that really sticks out is when we beat Ulster to win the old Celtic League. I remember going with my dad and have very fond memories of those games. Dwayne was one of the key players – a real leader on the field.

“Every time I watched him play, he always seemed to play well.

“So, it’s great to have someone like him on board – someone who knows the club and is passionate about the Scarlets. He’s been a real asset since he came in.”

There has been a lot of talk about Peel re-invigorating the Scarlets’ attacking style since he succeeded Glenn Delaney as head coach, following an underwhelming campaign for fans last season.

They won eight and lost eight of their 16 games in Conference B of the old format Pro14 and their European hopes were ended with a 57-14 humbling at home to Sale in the last 16.

But Hardy insists the Peel philosophy is more holistic than just sharpening their try-scoring threats.

“He wants us to play the game in a different way and the boys have responded to that.

“What Dwayne has emphasized is that it’s about the whole model. It’s not just about the attacking side of the game. It’s about attack and defence and everything in between.

“We have had a lot areas to work on, but as a No.9, he’s been great for me. Learning from someone like Dwayne is priceless.”

For Peel there will be a familiar face in the Edinburgh dug-out on Saturday night at their new home, the snappily-titled, DAM Health Stadium, built on the back pitches at Murrayfield.

Former Scotland scrum-half Mike Blair is the new man in charge of the Scottish side, having taken over from Richard Cockerill, who moved to link up with Eddie Jones and England.

Blair was a regular opponent of Peel’s in their Six Nations playing days and Hardy adds: “They have had a change of personnel and a new coach, so it will be interesting to see how both sides come out.

“It’s a big challenge for us. They have been a good side for a few years now. Scotland’s attempt to play a more expansive game has definitely rubbed off on Edinburgh.

“I have played in Edinburgh two or three times now and I’ve never actually won up there, so it’s a difficult place to go.

“But I’m really excited about the new competition. The biggest thing is having the fans back. We missed our home support a lot last year and it’s going to be fantastic to have them back.”

Live coverage of the match, from the opening weekend of the United Rugby Championship season. Kick-off 5.15pm.