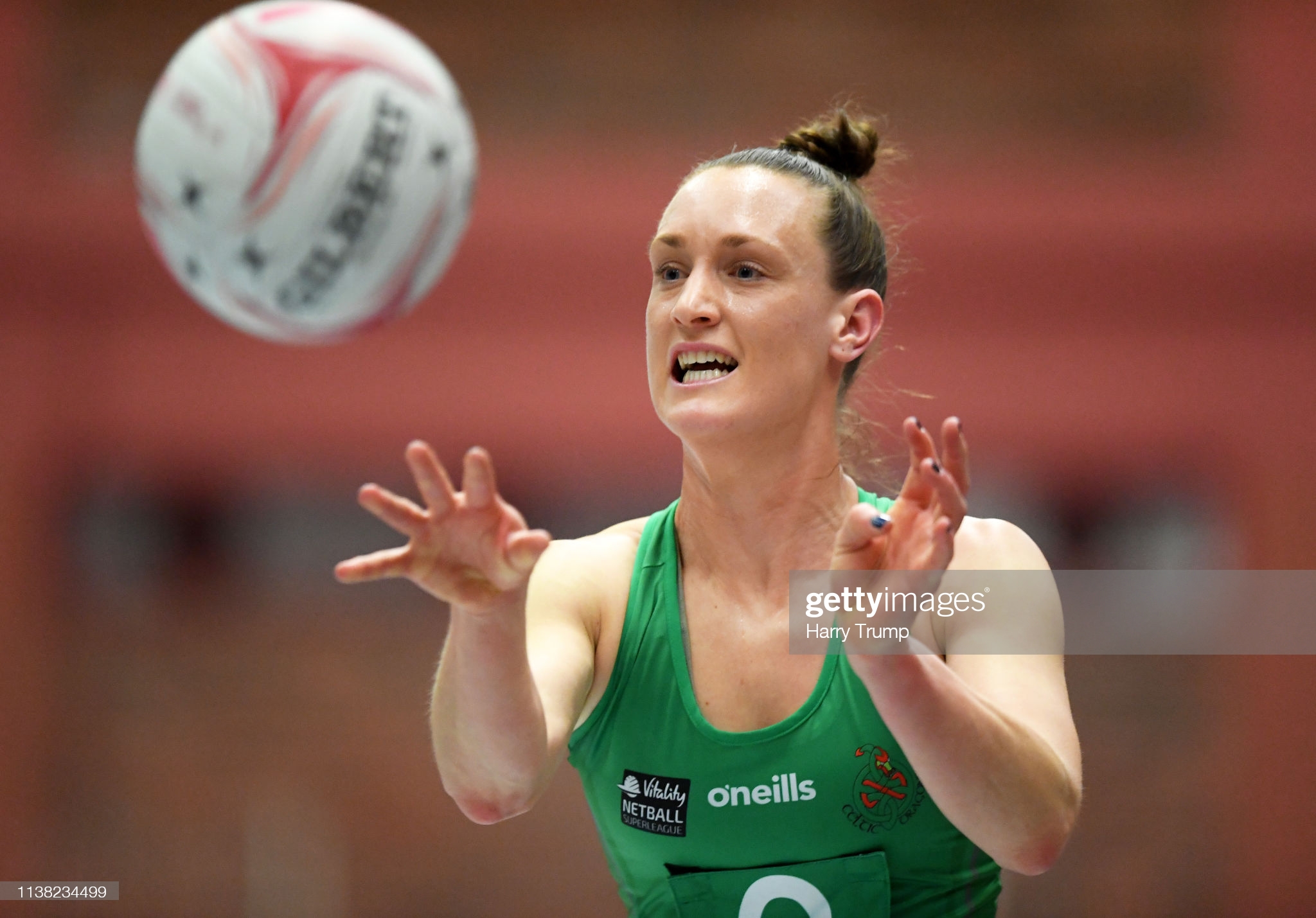 Kyra Jones has admitted she has a big test ahead of her after choosing to come out of retirement to resume her SuperLeague netball career.

Jones – who has proved a huge loss to the Celtic Dragons since opting to retire two years ago – has agreed a short-term arrangement to join the large Welsh contingent at Stars.

The Australian-born centre was renowned as one of the fittest players in SuperLeague but she confessed: “Having been out of the SuperLeague for almost two years, it will certainly be challenging.

“I have tried to stay fit but there is nothing that can prep you for match day games. But I am looking forward to getting back out on court and seeing what I can do.”

Dyke was injured playing for Stars against the Celtic Dragons earlier this month and will miss the rest of the season after rupturing ligaments.

What a person and player to be able to turn to! 💪

Buzzing to line up next to you again KJ 💙🧡 (PS… she’s most definitely still got it) @SevernStars @kyrajones09 https://t.co/DSbFdqqZbQ

That prompted the Worcester club to turn to Jones to join their Welsh enclave that already includes regular internationals Dyke, Georgia Rowe and Nia Jones.

Stars are currently 10th in the table, one place but six points above the Dragons who are yet to win a match after 11 games in a season of struggle.

Jones – who won over 50 caps for Wales before her first retirement – added: “Joining Severn Stars was an opportunity I couldn’t turn down really, to get back out there and play the game I know and love.

“To be given a ’round 2′ is something I didn’t think would happen. Beth is a great friend and beloved teammate [for Wales].

“I am just gutted she isn’t on the court with me or instead of me, but I know she will back stronger than ever and I can’t wait to see her get back out there.”

“The bottom line is having to replace a player of Bethan Dyke’s calibre is extremely difficult. Bethan is a big loss for us, but she is already on the road to recovery and we wish her all the best.

“As I have been in the country long enough and have very good relationships with a lot of players, I knew that Kyra was not playing, not classed as an import, but also has a lot of experience of playing at both SuperLeague and international level.

“For me, it was about making sure I could bring someone in to cover the remainder of the season, who could bring experience and knowledge and fit in with the team.

“I know that Kyra will do that, so I am very excited to be announcing that she is joining the team.

“I’ve got a nice little diamond in Kyra to slip into the squad; it’s onwards and upwards from here.”