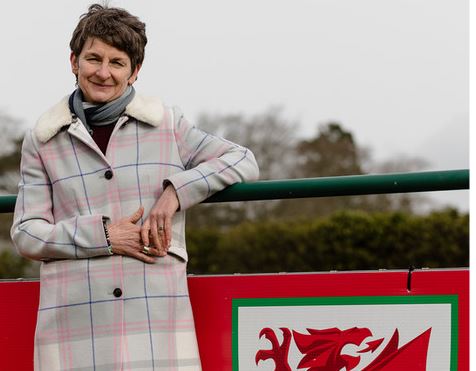 Laura McAllister has vowed to live and fight another day after falling short in her bid to win a seat on FIFA council.

Attempting to become the first women from the UK – and first person from Wales – to get onto world football’s top table, McAllister was beaten by Italy’s Evelina Christillin for the position of UEFA’s female representative.

The 55 member associations voted 33-22 in favour of Christillin, the incumbent but McAllister – who earned widespread backing from current and ex-players across Europe – intends to stand again with her progressive agenda.

“I’m obviously disappointed with the result, although we knew it was always going to be an extremely difficult task to unseat an incumbent,” she said.

“The fact that we were just six votes short of winning the election is hopefully testament to the modern, professional and football-focused campaign that we ran.

“My commitment to our beautiful game and its core values remains as strong as ever and I will redouble my efforts to make football a game for everyone to enjoy.

“I hope I can stand for election again as my enthusiasm to drive change is undiminished.

“I’d also like to congratulate Evelina Christillin on her re-election and wish her all the best for the important work that lies ahead.

“I’d like to thank everyone for the incredible support that I’ve received. It’s been humbling.”

McAllister began the campaign as a rank outsider, but the fact that she convinced so many nations to back her was testament to a shrewd and convincing campaign.

The vote – conducted at UEFA congress in Switzerland – came against the backdrop of chaos, confusion and acrimony created by the fallout from the breakaway Super League bid orchestrated by 12 of Europe’s richest clubs.

It was though that Christillin’s close links to Juventus – one of the so-called Dirty Dozen – might convince more of the member associations to repudiate the Italian club’s stance, especially as UEFA president Alexander Ceferin had branded Juventus supremo Andrea Agnelli “a liar” for his role in the breakaway.

Agnelli was actually head of the European clubs’ own association – a position he has stood down from – but it says much about the level of politics, threats and arm-twisting that goes on behind closed doors at high level football officialdom that UEFA can elect a woman closely linked with someone the organisation’s own president has so publicly disowned.

McAllister’s was the second defeat of the day for a Welsh football nominee, with Football Association of Wales (FAW) president Kieran O’Connor losing to David Martin of Northern Ireland for the role of Fifa vice-president.

Having labelled the competition a “spit in the face” of football fans, Ceferin insisted, however, that there is still time for reconciliation at the UEFA congress.

“I would like to address the owners of some English clubs. Gentlemen, you made a huge mistake,” he said.

“Some will say it is greed others disdain, arrogance or complete ignorance of England’s football culture but actually it doesn’t matter.

“What matters is that there is still time to change your mind, everyone makes mistakes, English fans deserve to have you correct your mistake, they deserve respect.”