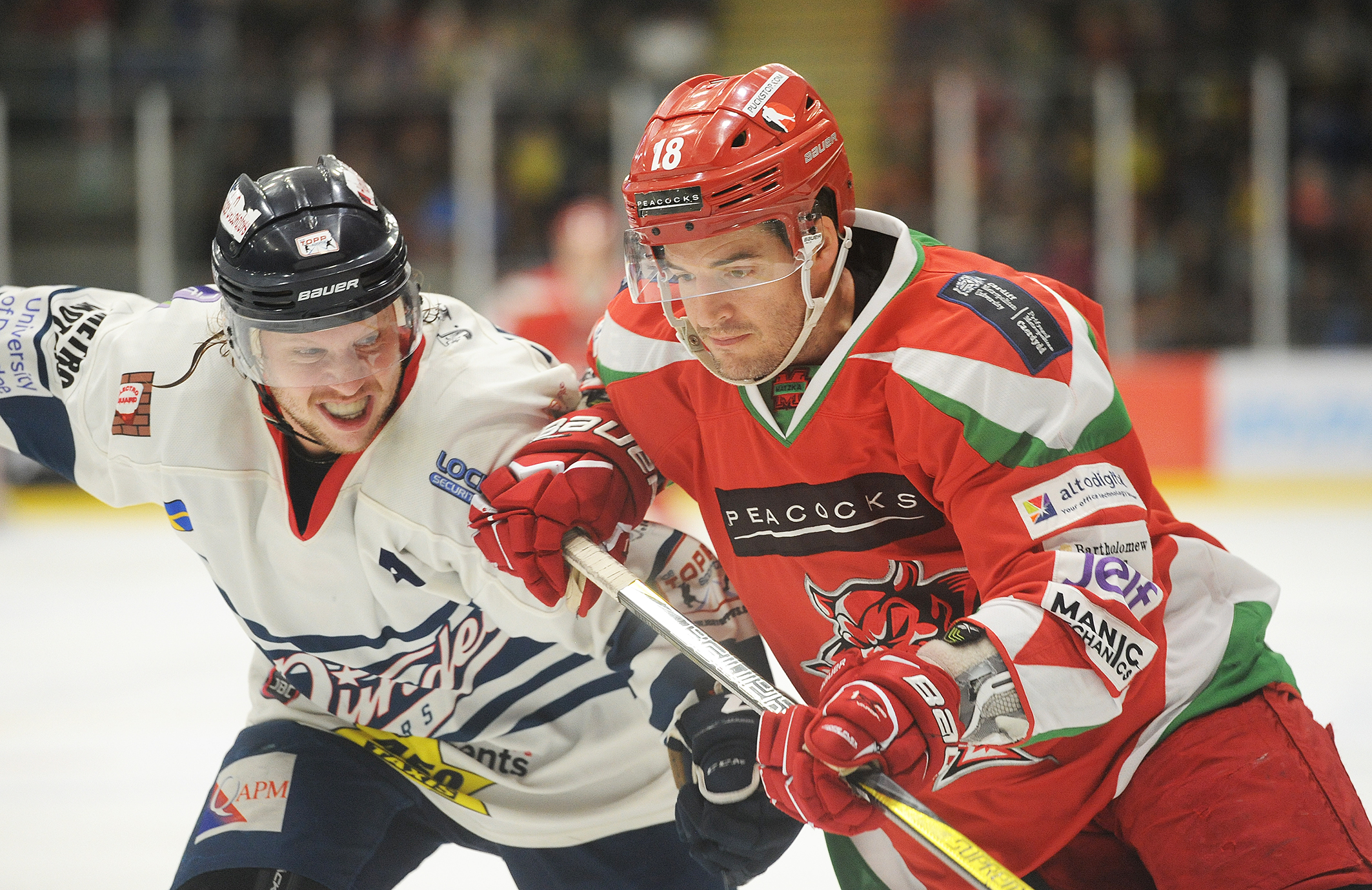 Layne Ulmer, Cardiff Devils’ experience centreman, will be a key player in their Champions League clash with SC Bern at Ice Arena Wales this evening.

The Canadian playmaker believes in his Devils team-mates and says: “We have a quality team, we have speed and everything needed to succeed.

“We proved that to ourselves during the later stages of our match against Red Bull Salzburg.”

Ulmer played alongside Matt Pope and Michael Hedden against Salzburg and that line scored both Devils’ goals.

Red Bull led 4-0 when Ulmer pulled a goal back and Hedden netted a Devils second which sparked a long spell of pressure which had the visitors hanging on.

Salzburg eventually won 5-2 and Ulmer said: “We took too many penalties and going four-goals down is never easy.

“After that start we played the right way, pulled two goals back and showed we can skate and compete with these teams. WE created chances, but overall we have to be smarter early on.

“Bern are a good team, a fast team and they have really good systems. We have to take our chances when they come.

‘we created a lot against Salzburg, but at the same time they had opportunities as well. At this level, against a team of that calibre, you don’t want to spot a team 4-0.”

LESS than 500 tickets remain for tonight's @championshockey game against the Swiss bears @scbern_news 🐻
Will it be the first #HellOut of the season? #OnTheWingsOfAnArmy

He is only the third player in NHL history, along with Denis O’Brien and Dave McLlwain, to play on four teams in a single season.

Arcobello then joined his fifth team in under a year, signing a one-year contract with the Toronto Maple Leafs.

They have added former NHL player Jan Mursak from Swedish club Frölunda after posting 20 points in just 15 games for them last season.

Mursak joins a forward unit in Bern with a great mix of experience including veterans like Andrew Ebbett, who is back for a fourth year and was an alternate captain for the Canadian Olympic last February.

There has been no more dominant goalie in the Swiss league over recent years than Leonardo Genoni and, despite rumours of him moving on, he remains between the pipes for Bern.

Tickets for Saturday’s CHL fixture against SC Bern are on sale now ONLINE HERE or by calling 0800 0842 666 or in person at Arena reception.