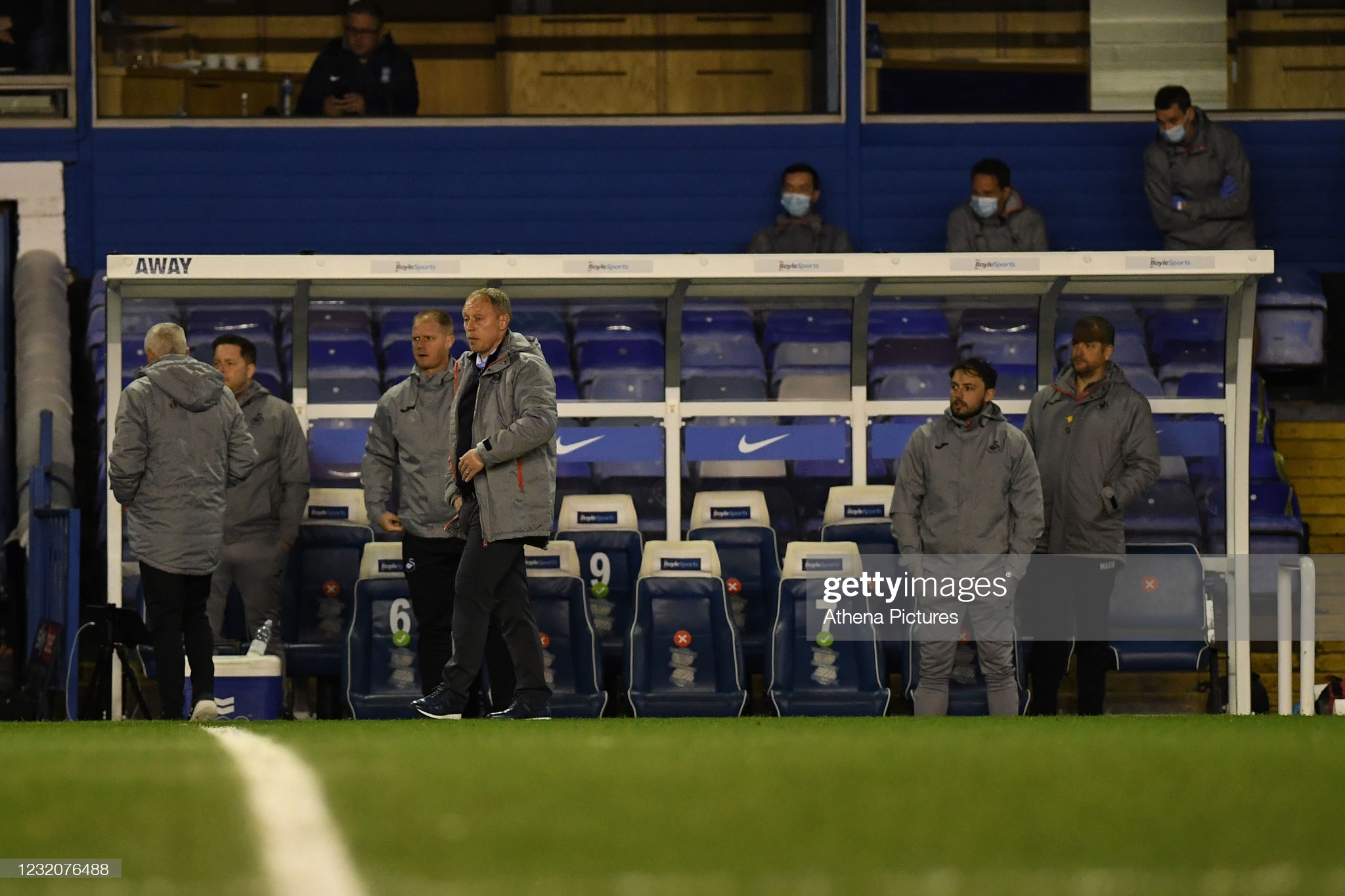 Steve Cooper has told his Swansea City players they were “nowhere near good enough” after suffering a loss that may have ended their hopes of automatic promotion.

The Swans gave a shapeless, lifeless and error-strewn display as they slumped to a 1-0 defeat at struggling Birmingham City.

It was a third successive defeat – the first time that has occurred since Cooper became head coach – a goalless period that has seen the club lose touch with second-place Watford as the Championship seasons enters its business end.

Watford now enjoy a nine-point cushion and although the Swans still have one game in hand, former striker Lee Trundle – working as a pundit on Sky Sports – declared afterwards that his former club would now have to settle for a place in the play-offs.

With eight matches still to play, Cooper is not yet ready to make the same assessment but he admitted: “For sure it was a poor performance.

“We were nowhere near good enough with the ball and we conceded two penalties.

“We defended okay but we are much better with the ball than we showed and that’s the biggest reason why the result was what it was.

“That’s three straight losses, three games without a goal, but we don’t need to start losing confidence or questioning things.

I support Swansea City, I don’t expect us to win every game or be a premier league team but I do expect us to try and win a game of football, to try and play football, for players to have desire to win and a manager to change things when his plan is not working

“I just didn’t see it coming because we trained so well and everything was positive. It was not what I’ve seen for the last two weeks and that’s disappointing.”

Substitute Scott Hogan was Birmingham’s hero with a 91st-minute penalty after Ivan Sunjic went down after contact with sub Yan Dhanda.

It spared the blushes of team-mate Lukas Jutkiewicz, who missed from the spot earlier in the game.

Birmingham head coach Lee Bowyer said: “It was a massive result – to take anything from Swansea would have been good but to take all three points, it brings others closer and gives a gap on Rotherham.

“The players are taking things on board and improving and learning individually and as a group.

“I liked everything about the performance – I think the work rate was very good and so was the press.

“Swansea are a top side – they are third in the table for a reason, with some very good players, and if you let them play and not got the press right, we’d have lost that game.”