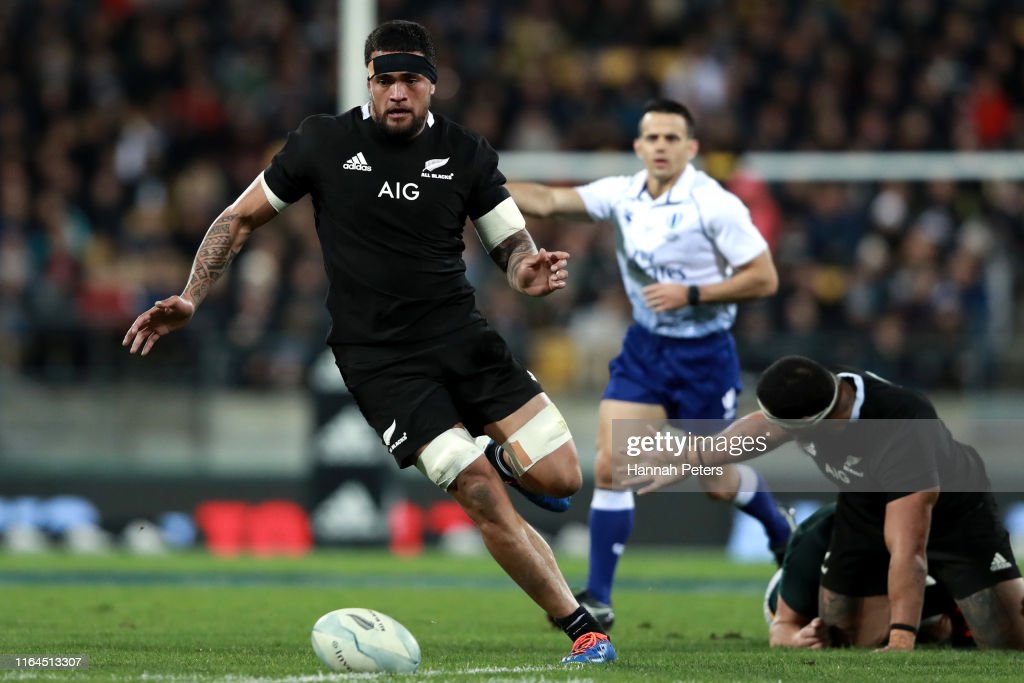 Vaea Fifita impressed on his Scarlets debut and Wayne Smith Believes he can kick on. Pic: Getty Images.

By Steffan Thomas
VAEA FIFITA has been tipped to take the United Rugby Championship by storm following his high-profile move from Wasps to Scarlets.

The 11-times capped All Black, who has now thrown his lot in with Tonga following the change to World Rugby’s eligibility laws, can play lock or blindside, and his signing is a significant coup for the Welsh club.

Fifita has a reputation for being a supreme athlete and became a Youtube sensation in 2017 when he ran in a try from 45 metres burning Santiago Cordero on the outside to down Argentina while representing New Zealand.

And legendary former All Blacks coach Wayne Smith believes his former player will significantly strengthen the Scarlets pack.   “He’s one hell of an athlete if you get him fit and motivated,” said Smith.

Enjoyed that. Fifita was class that first half. Lezana all over the place hell of a shift. Great effort the last 15mins when you see who we finished with. Keep them fit and the 3 Tongans in our pack makes us a different animal this season 🏉🇹🇷

“I remember when he first came into the All Blacks, I put out some of the mats to do some defensive plays and angles just to start them off. He would be one of the first to go on that mat and he would pick things up pretty quickly.

“Mentally he’s pretty agile to pick that stuff up but the big thing was he was really committed, he’ll be one hell of an addition.

“He’s explosive, he’s got a good rugby brain, he can put on the turbo’s going into contact but like everyone has to be in the right mindset to be able to do that now.”

Fifita has played much of his rugby at blindside but is expected to be used in the second-row by the Scarlets and will form a mouth-watering partnership with his former Hurricanes teammate Sam Lousi. And Smith believes Fifita’s ability in the lineout will also aid the Scarlets.

“He’s good in the lineout too, and he’s played second row quite a bit in New Zealand,” said Smith. “Certainly, talent wise he compares to the great New Zealand players, he’s prepared to put his head where I would put my foot, while he’s got something special inside him to really drive him on and never relent.”

Fifita will be coached by former New Zealand World Cup winning prop Ben Franks who is in charge of the Scarlets forwards. Franks has had a big impact in Llanelli since moving to West Wales two years ago, and Smith is confident he will go on to have a successful coaching career.

“He was one of the best players I’ve coached in terms of dedication,” said Smith. “His attention to detail was second to none.

“I remember the day after the World Cup final in 2015 he was up early the next morning analysing his game. He’s a real student of the game, and I think he’ll go on to have a successful coaching career.”