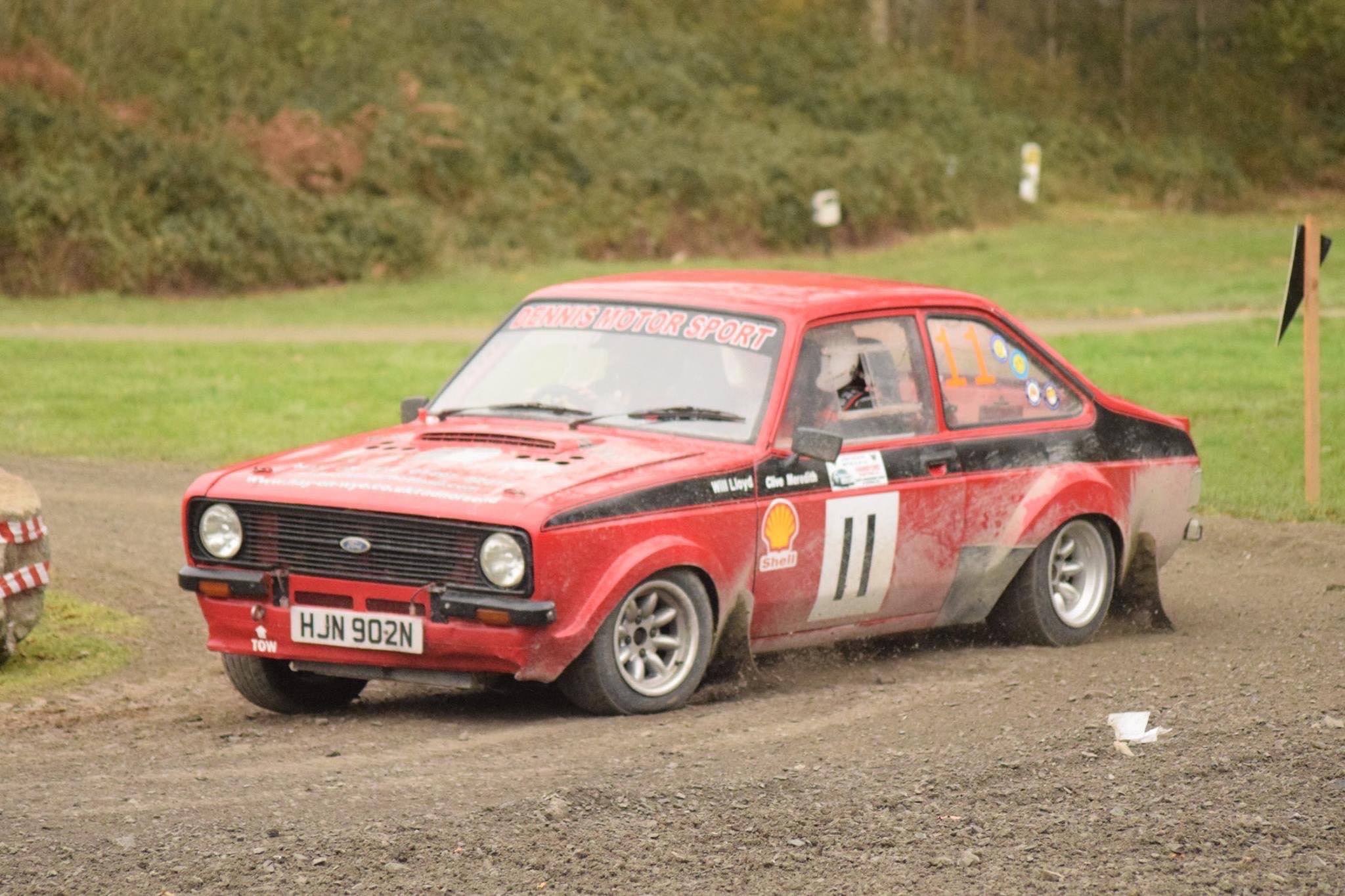 Wayne Lloyd added the Torques Builth Stages to his growing list of rally victories, after winning the event in his Ford Escort Mk2.

Co-driven by Will Lloyd, the Radnorshire driver won the 35 stage mile event, held at the Royal Welsh Showground in Llanelwedd, by just two seconds.

This year’s Herefordshire Motor Club-organised single-venue mixed-surface rally was evenly split between asphalt and gravel roads, with the last two stages run in the dark.

In a close finish, Stevie Ellis and Iwan Thomas – who were contested their first rally together – finished second in a BMW 325, while Christian and Carys Prynne came home third in their Crossing Garage-backed Peugeot 205 GTi. To celebrate the podium finish, Christian went straight out to marshal on the Powys Lanes road rally!

Dan Evans didn’t have the best of starts, suffering two spins on the first stage that cost him half a minute. Co-driven by Jess Hockly, a heavy landing on SS3 broke his Vauxhall Nova’s gearbox mounting and rear damper, but he was able to reach service and carry out repairs. After good runs on both stages five and six, plus setting fastest time on SS7, a broken crank sensor put Evans out on SS8.