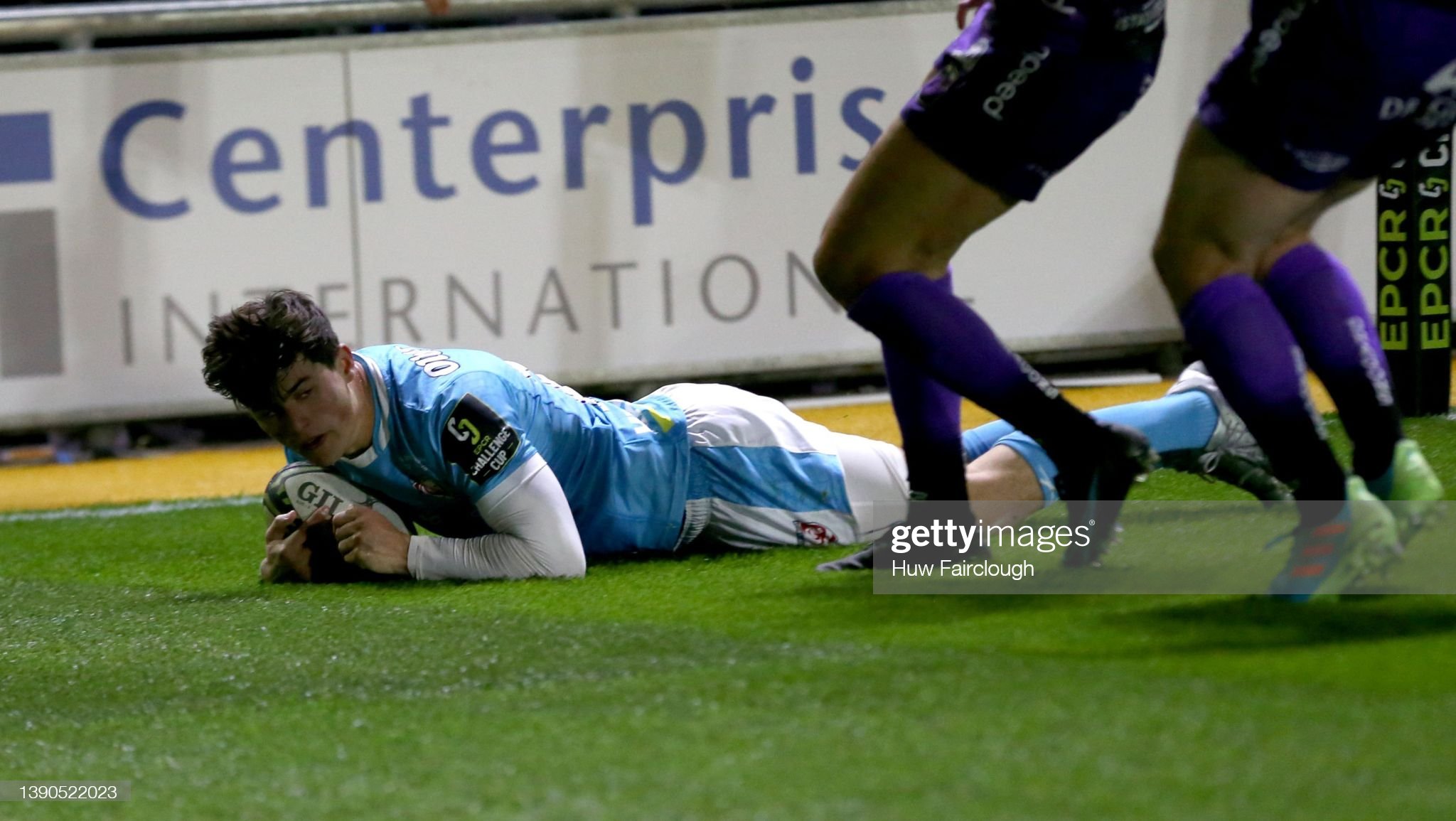 Louis Rees-Zammit is revved up for Gloucester’s trophy treble bid after the brakes were briefly put on his Test career just two months ago.

The 21-year-old has responded to being dropped for Wales’ Guinness Six Nations clash against England in February by regaining his international place and starring in Gloucester’s push for European and domestic honours.

With the season having reached its business end, Gloucester are fighting on three fronts – the Gallagher Premiership, European Challenge Cup and Premiership Rugby Cup.

They are through to the knockout phase of the latter two competitions, and remain firmly in Premiership play-off contention with four games left.

Rees-Zammit, who was just 20 when he toured South Africa with the British and Irish Lions last summer, is an integral part of Gloucester’s resurgence under head coach George Skivington.

Shame Ponty lost but on the plus side Lewis met @LouisReesZammit Thanks for the picture and being good to talk too!! pic.twitter.com/B15ElYyuHk

And it says everything about his character that he has bounced back so impressively from being left out of Wales’ trip to Twickenham.

“Getting dropped happens to the best, so I took those learnings because I talked to a lot of the boys in (Wales’) camp and they all said they had been in the same position,” Rees-Zammit said.

“They just said, ‘go away and prove why you should be in the team’. I tried to do that against Northampton when we played them at home, and I got back in the (Wales) 23 against France.

“That had not happened to me before, but to talk to the boys – all the experienced players – really helped.

“We found the team out, I wasn’t in it and I just talked to my close mates like Dan Biggar and Jonathan Davies – those players who have done it all.

“I had to go away and prove I could do it and take those learnings on board.

“They (Wales coaches) wanted me to try to get my hands on the ball more and work harder. They wanted me to get in the positions to get the ball by working off my wing.

“I went away, came off the bench against Northampton and got the ball in my hands after two minutes and scored, which was good.

“When I get dropped or play badly, I’ve just got to learn from it.

“So many players told me that the only way to get back in the team is to work hard on what you’ve been told to work on. That is basically what I’ve tried to do.”

Rees-Zammit will inevitably play a major role during Gloucester’s Premiership run-in that starts against west country rivals Bristol at Ashton Gate on Friday.

And Skivington has hailed Rees-Zammit for the attitude and dedication he showed to help him bounce back from that Six Nations low point.

Skivington said: “He has had a very fast-tracked career so far, and found himself on a British and Irish Lions tour at the age of 20.

“That Six Nations period was the first time he has had a real bump in the road. Being England-Wales and all the context around that, it was probably a bit of a shock to all of us.

“He was disappointed at first, but I was really impressed with his attitude. He came back, we had a good chat around it, and he just rolled up his sleeves.

“Everyone gets dropped, picked, dropped, picked, but when you are in the limelight like he is – one of the poster boys of the game – everyone knows when you have been dropped, so it’s quite a tough thing to deal with, and he dealt with it really well.”