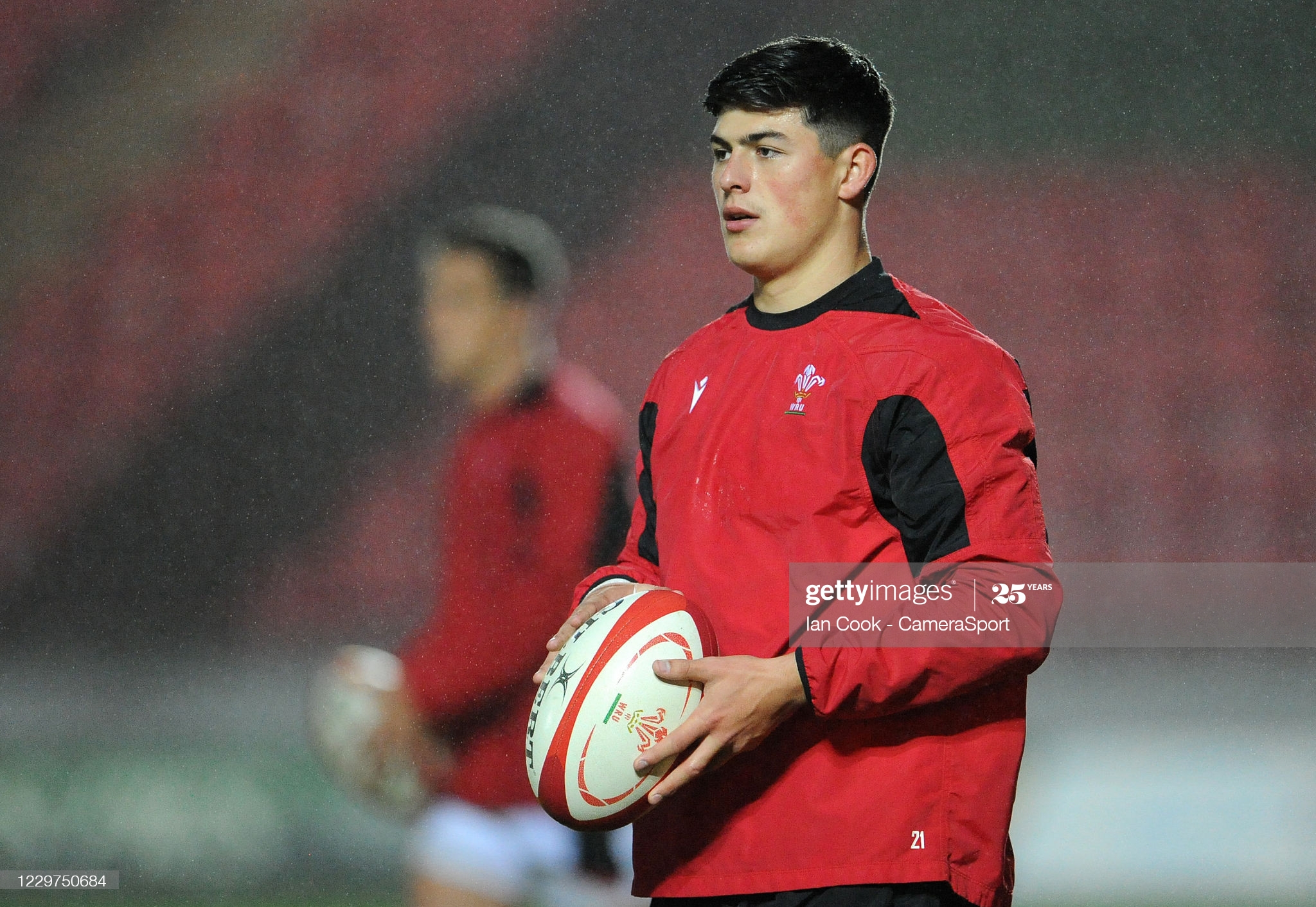 Louis Rees-Zammit is just 19 years old and is facing England in only his second start for Wales tomorrow. But don’t be worried. Because he certainly won’t be, says one man who knows him very well and told Graham Thomas.

Louis Rees-Zammit will not be losing any sleep over the prospect of facing Jonny May tomorrow, according to the man who used to be both wings’ boss.

In fact, before Wales’ new 19-year-old star goes head-to-head against his Gloucester clubmate, then he will be counting down the hours, says former Gloucester director of rugby, David Humphreys.

It was Humphreys who handed Rees-Zammit his first professional contract two years ago and it was the same Northern Irishman who also nurtured the mercurial May’s talent at the Kingsholm club.

Now, the pair are to be on opposite sides – although opposite wings – when Wales host England at Parc Y Scarlets on Saturday, in a clash that is live on S4C.

Rees-Zammit will not be fazed by the presence of May, reckoned by most England fans to be the best wing in European rugby right now, and possibly even the world.

“Knowing Louis as I do, and knowing his personality, he will certainly not be intimidated by playing against England or playing against Jonny,” says Humphreys, the former Ireland star.

“In fact, he will just be excited by the prospect of it rather than nervous because that’s the kind of person he is.

“The first time Louis really came to my notice was when he played for Gloucester A against Bristol A and he scored a wonder try right from the kick-off.

“He has always had this little bit of magic about him. He’s a natural. He’s got what you can’t coach.

“Yes, there’s the power and the pace, but he also has this real intuitive rugby player’s feel for the game which some great athletes just don’t have.

“We always knew he had all the attributes to be a very, very good rugby player and so it’s no real surprise to see him at the international stage of his career so early on.

“There are just certain players that every time they go up a level, they still look comfortable, they still seem to have time on the ball to do the things they want to do.

“Louis is one of those players. There’s just something about him.

“If he can bring the same work ethic that Jonny May brings to training along with his rugby and physical capacity, then I believe with the right support Louis has got the potential to go on and be one of the best players in the world.

“The other thing about Louis, I think, is that when the bad days come – and he’s not playing well – he has the personality to be able to take those days in his stride.”

After making his Wales debut with 20 minutes left of the defeat to France in Paris, Rees-Zammit was then awarded his first start against Georgia in Llanelli last weekend and looked at ease as he scored his first Test try.

But now comes an entirely different level of opposition with England, who arrive with Jonathan Joseph on one wing and May on the other after his magnificent second of two tries scored against Ireland.

Humphreys, who left Gloucester earlier this year after six years in charge, knows even more about May than he does about Rees-Zammit.

“Jonny is a phenomenon. He needed that break from Gloucester to re-invigorate himself, but since he’s been back he has just got better and better for both club and country.

“He just doesn’t make mistakes any more and he delivers these moments of absolute magic, like he did against Ireland last weekend.”

Both May and Rees-Zammit should have been delivering something else this weekend – those ripples of excitement that spread through a big crowd whenever those types of crowd-pleasers get the ball.

Sadly, the pandemic means only the TV audience will feel that thrill, a fact that Humphreys – currently helping out with Georgia through a scheme backed by World Rugby – admits is disappointing.

Jonny May scores his 29th try for England to become our fifth highest try scorer of all time 🌹 pic.twitter.com/fefocL0LK2

“Some of these young players across all the teams who are taking their first steps in international rugby, have missed out a little bit on an unbelievable experience.

“But hopefully, guys like Louis can get that sooner rather than later when they are playing in big games with big crowds and big pressure in the not too distant future.”

Live coverage of the 2020 Autumn Nations Cup match between Wales and England. Kick off 4.00pm.