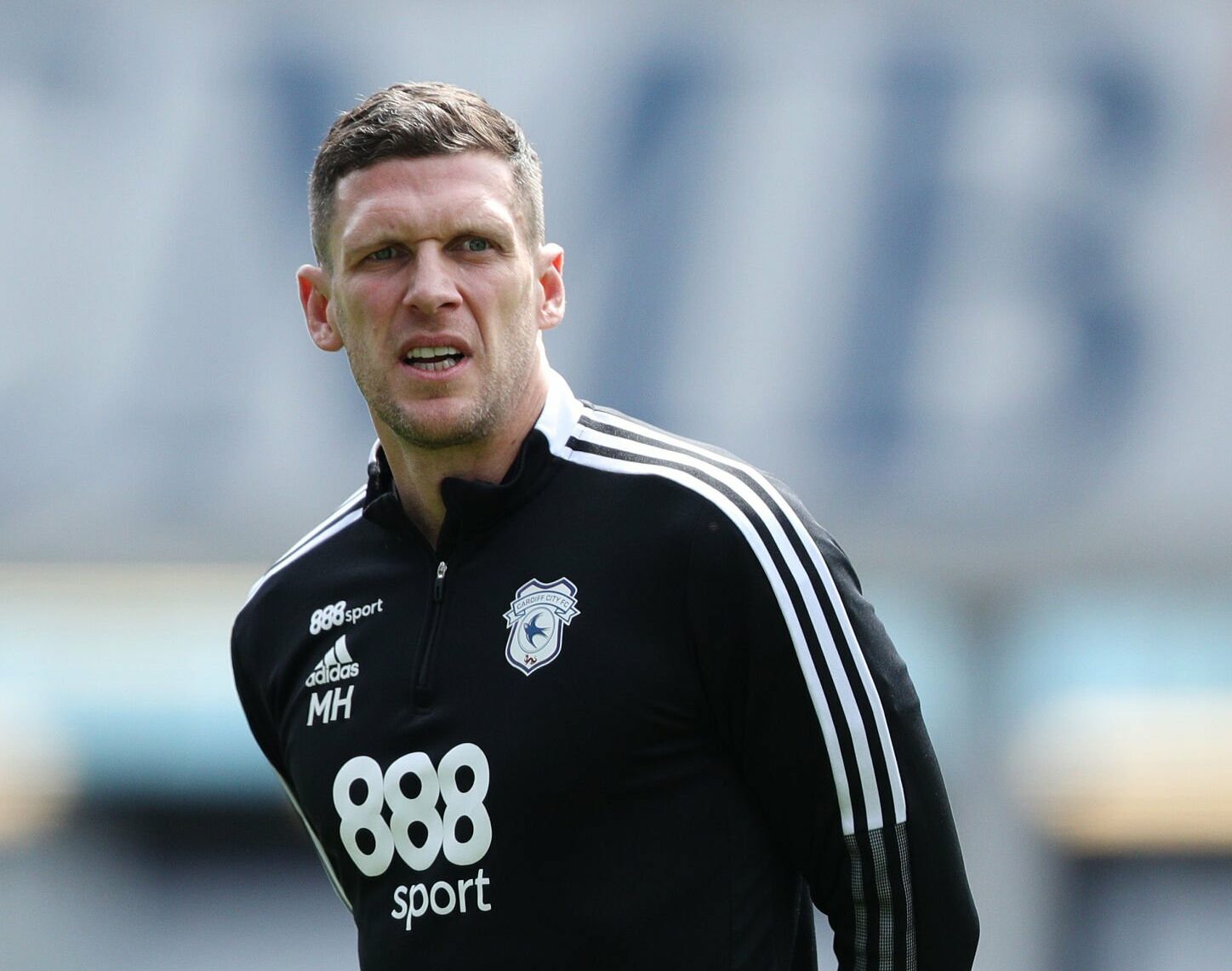 Mark Hudson believes he has put some fight back into Cardiff City.

The caretaker Bluebirds manager was pleased with his team’s response as they gained a point after Callum Robinson headed a last-minute equaliser to secure a 1-1 draw against Burnley.

It was Hudson’s first game as temporary boss since replacing sacked Steve Morison, following defeat to Huddersfield just before the international break and Hudson said:  “I really enjoyed that – you saw fight and togetherness against what I think is the best team in the league.

“It has been a tough two weeks and everyone around the football club has felt it. But you have to respond, you have to show character, and you have to fight hard for every yard on that pitch.

“We’ve gone toe to toe with them after going a goal down at home. We could easily go under, but they didn’t. We kept fighting.

“There was some urgency about our play. We tried to play through them as much as we could. They’re a really good team, but if you look at the goal, we can reassess what we may have done slightly wrong leading up to it, but they’re things we’ll work on ahead of Tuesday.”

Absolutely buzzing to have scored my first @cardiffcityfc goal! Lads were class and unlucky not to get all 3 points. Home fans were amazing!👏🏽💙#CardiffCity pic.twitter.com/46cr013YTO

Nathan Tella struck three minutes into the second half to reward the increasing superiority of Vincent Kompany’s Clarets.

But Cardiff refused to surrender and Robinson rose at the far post on his home debut to meet Mahlon Romeo’s cross and find the corner of the net.

Hudson was put in interim charge following the surprise departure of Steve Morison, who left just 10 games into the season after making 17 summer signings.

Morison, during his 11 months in control, had attempted to change Cardiff’s style to a more passing game.

But he was stymied by the lack of a cutting edge in the final third and the same problem was evident as Cardiff took an hour to produce their first shot on target.

The result leaves Cardiff in 18th place in the Championship, two points above the relegation zone ahead of their next game at home to Blackburn Rovers on Tuesday night.

‘I think they are the best team in the league’

Burnley manager Vincent Kompany said of conceding a late goal and two points, “It’s something you have to work through.

“It’s happened and you can’t deny that. But we are looking close in those moments to finish games off, which we don’t, and that’s crucial.

“We have made it a little bit difficult for ourselves. But it was always going to be a game with a little bit of an unpredictable narrative.

“You’ve got a new coach coming in, with that little bit of a lift it creates and the different tactics before the game.

“You’ve got the international break as well, players travelling all over the world and coming back, so it was a bit more of a challenge to us.”